Cambodia: Willing to open the door in the future? 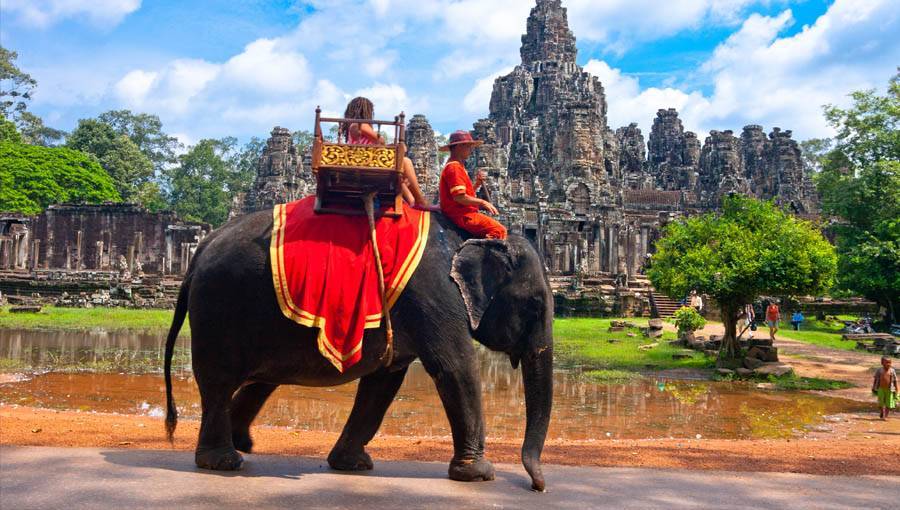 ﻿The country best known for its stunning temples and turbulent social history welcomed the region’s gamblers after a recent change of heart. But with its neighbours also beginning to loosen gaming laws, what does the future hold?

The history of gambling in the Kingdom of Cambodia could kindly be described as chequered. Completely banned under the Khmer Rouge regime, it was labelled as a “social evil” until the 90s when it was briefly re-introduced before the government’s Law on the Suppression of Gambling in 1996 finally outlawed it. This prevented the vast majority of Cambodian residents from gaming, except for state lotteries, and a brief trial of slot machines ended in gambling debt-related violence; they were promptly banned in 2009.

However, as with many other emerging economies, the lure of substantial tax receipts from casino gambling proved irresistible. The country subsequently issued permits for a swathe of foreigner-only casinos, which were largely divided between the capital Phnom Penh and various towns on the border with Vietnam and Thailand. Ben Reichel, Executive Director at Donaco International Ltd, explained: “There are more than 70 licences issued, with around 65 casinos currently operational. Most of these are very small, but the largest casinos are NagaWorld in Phnom Penh, and the Star Vegas in Poipet, on the border with Thailand. Both of these properties have been very successful, with the Star Vegas posting earnings of $63.3m in the last financial year.”

With gaming illegal for Cambodians, the nation’s industry relies entirely on foreign visitors, the majority of whom come from the country’s neighbours. Vietnamese gamers alone spend $800m a year on gambling abroad, according to Augustine Ha Ton Vinh, adviser to the Van Don Special Economic Zone.

Indeed, according to data from The National Bank of Cambodia, income generated by casinos from non-residents represented about 40% of the total amount spent by foreign visitors last year, a not insubstantial $2bn. In 2016, the government benefited from a tax receipt of $38m, over 38% higher than the figure from 2015. However, this was achieved primarily through putting pressure on the country’s largest casino, NagaWorld. Owners NagaCorp revealed that it had paid an additional $16.5m last year in back taxes owed on the company’s non-gaming revenue.

As it stands, preventing local Cambodians from gaming in these establishments has been a mixed bag. For some casinos, entry requirements are rigorously enforced according to Reichel: “It is not difficult to prevent Cambodians getting in at Star Vegas, where Khmer (ethnic Cambodian) security guards are employed to identify locals, in co-operation with local officials. A separate security entrance is maintained to the gaming floor, with passport inspections required if there is any doubt.” Although many casino operations purport to operate equally strict entry requirements, the word on the ground is that many Khmer are able to gamble freely.

According to an analyst that spoke to the Phnom Penh Post, as much as 70% of NagaWorld’s revenue comes from local gamblers, a large proportion of this attributed to Cambodians’ love for gaming machines. In light of this, a recent crackdown by the government is now attempting to stem the flow of illegal gambling in casinos. Operators in the seaside province of Sihanoukville have seen the sharp end of this, with Preah Sihanouk Governor Yun Min issuing a statement earlier this year asking for “increased vigilance” following reports of a rise in the number of Cambodian’s in casinos. “There are some casinos that do not comply with the government’s strict instructions and have allowed Cambodian clients to gamble, resulting in impacts on public order and social security,” the report stated, quoting Min’s announcement.

Until recently, a large proportion of the country’s gaming business has come from Cambodia’s border casinos, with the otherwise barren towns of Bavet and Poipet taking the lion’s share of activity. However, their fortunes are already being affected by Vietnam’s recent decision to trial casino gambling and sports betting for citizens.

The casino trial, which is aimed at curbing widespread black market gambling in the country, will run for three years, and operators in Cambodia’s border areas are nervous about the impact. Lucky89 Group which operates two Cambodian casinos on the border with Vietnam relies heavily on the flow of tourists. General Liason Soeun Vuthy, told the Phnom Penh Post that the toll on Bavet will be devastating. “Numerous casinos will close down or go bankrupt because of this. It’s not just the casinos that will suffer, but hundreds of jobs will be lost and real estate prices will collapse.”

Ros Phirun, Deputy Director of the Cambodian Ministry’s Finance Industry Department doesn’t believe the Vietnamese operations will have that much of an impact: “These areas are far from Bavet, will likely target a different crowd, and will not have much of an impact on the border casinos. They are located there mainly to get customers from around the area, like day-trip gamblers from Ho Chi Minh City who don’t need to stay overnight.”

Bavet’s casinos are already under the cosh as the Cambodian government is close to raising the minimum capital requirement for casinos to $100m. The draft law is widely expected to be passed later this year and will continue to put pressure on operators there. Phirun again believes the impact will be minimal as the legislation will most likely be watered down: “We understand that licences are costly and the $100 million capital requirement in the draft law is too high, so we will probably revise it down to $50 million before it is passed.”

There have already been signs that the area is feeling the pressure. According to local sources, the flurry of land transactions of recent years are now a thing of the past, and casinos in the area starting to shut down because of a lack of clientele. Despite this bleak outlook, there are still those with more optimism for border casinos. Casino developer Virtue Resources Corporation (VRC) has announced it will be investing $200m in a casino resort development in Bavet; ground-breaking has already begun ready for completion by the end of 2019.

Reichel believes that if the well continues to dry up, the government will react. “Small casinos on the Vietnamese border have complained that, if locals are allowed into casinos in Vietnam, this will damage their businesses. If this does happen, the Cambodian Government has indicated that they might be open to allowing locals into casinos in the future.”

One area that is certainly flourishing is the iGaming market in Cambodia. In 2015, the government began granting licences to the country’s casinos to run online platforms, with a ticket price of $10,000 a year.

The licences allow casinos to deliver online betting to customers inside the casino’s premises, and are designed to cater purely to the needs of foreign visitors, particularly Chinese tourists who are not allowed to gamble in their home country.

Reichel explained: “Online gambling is allowed under Cambodian casino licences, provided that the online business is conducted from the physical casino premises. Online gambling cannot be offered to Cambodian locals. Some Cambodian casinos have very large online operations, employing hundreds of staff.” The numbers bear this out, according to Yasmin Yang, Marketing Supervisor at Asian gaming software provider BBIN: “The iGaming business is definitely growing in Cambodia, we can tell this from the reported growth in tax figures. Football betting is by far the most popular iGaming product across the Asian market, including Cambodia.”

Despite online gaming being illegal for locals, it is widely available through operations posing as internet cafés. For a small cash deposit, Cambodian gamblers get access to a number of grey websites where they can wager on football and basketball fixtures, international lotteries, electronic slot machines and live casino games such as roulette and baccarat. It is even possible to bet on digital cock fighting, the bouts depicted in comical computer-generated matches.

Cambodia-based gaming consultant Johnny Ferrari told the Phnom Penh Post that rather than outlawing betting, regulation in the local market could bring in a huge tax windfall to government coffers. “It’s not going to stop. Cambodians are big on casino games; Cambodians are big on. . . betting on football. Regulating would clearly make money, a lot of money.”

Sadly for Cambodians, the immediate situation regarding online gaming is unlikely to change. Phirun stated that for now, legalisation was not on the cards; the ministry is developing an online server to monitor web betting, while a new law to better regulate the casino and online gaming sector is still being mooted. The uncertainty and challenges faced in this market are enough to deter immediate investment from those not already involved in the region. However, it is one worth watching closely, as the local appetite and infrastructure for gaming is well proven. If the government recognises the opportunity to regulate an existing market and benefit from the resultant taxation, it could be a very lucrative one indeed.