The evolution of women in gaming 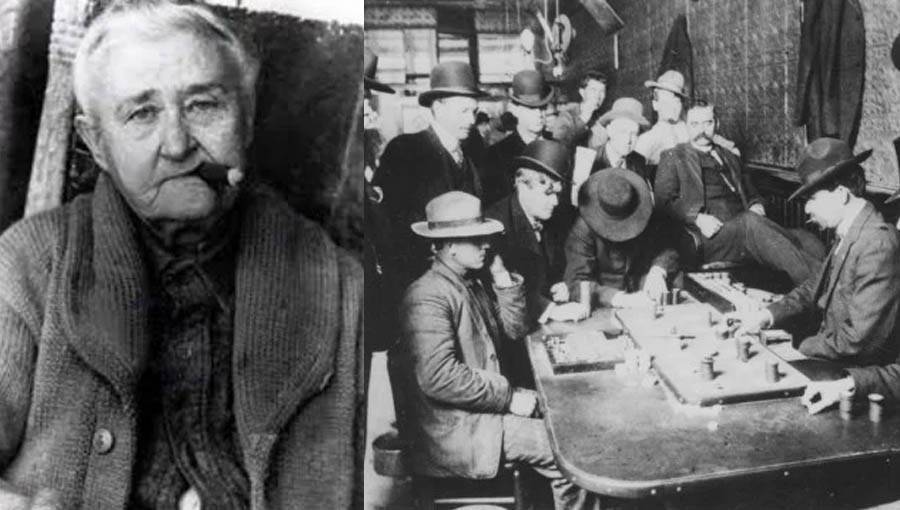 Since the mid 1950s, casino gaming has largely been dominated by men. Every aspect of gaming from senior executive positions at gaming centric organisations to the day-to-day operations of casinos, and even the most sought-after gamblers have overwhelmingly been male. However, over the past two decades the role of women in gaming has become more prevalent. Women are gaining traction in every aspect; their contributions can be seen as pro-gamblers, business executives and operational managers. Women’s Poker World Managing Editor, Danielle Benham, stated: “Women are gaining ground on their male counterparts in the world of casino gaming; we are not there yet but we are definitely getting closer every day.” Let’s take a closer look at the stride for equality, and how women are on track to take on equal roles in the highly competitive environment of casino gaming.

During the days of the Wild West in the US, women were involved in the peripheral aspects of gaming, mostly entertainment. Despite this generalisation there were a few highly respected women gamblers. Alice Huckert, better known as ‘Poker Alice’, was a professional gambler, bootlegger, and brothel owner; most of the time she was all three at the same time.

Born in 1851, she went on to become one of the most famous figures of the American frontier. Because of her ability to provide sought-after commodities, she was invited to play poker with outlaws, gamblers and lawmen, and she was a fierce competitor and successful player. At first she spent her poker winnings on trips to New York so she could keep up with the fashions of the day. Later she took her winnings and began investing into more profitable ventures like selling alcohol and operating a brothel. Her competitive nature and success extended to the business aspects of gaming. It was because of this she became a well-known figure in the history of frontier gaming.

Another gambling woman of the Wild West was Lottie Deno. She didn’t run brothels or bootleg alcohol but she was nevertheless an extremely prolific and successful gambler, earning the title of ‘Poker Queen’ when she bested Doc Holiday himself in a game of Five Card Stud. Lottie earned a small fortune playing poker. She retired in comfort and lived until the age of 89, a rare occurrence for anyone in the turbulent times of the American frontier.

Poker experienced a boom in the early 2000s with the onset of internet poker rooms, but this came crashing down on 15 April, 2011. Black Friday, as it is known, is the term given by the poker community to the events of that day, when the United States Department of Justice issued an indictment against the three largest online poker websites in the USA: Poker Stars, Full Tilt Poker, and Absolute Poker. Since that time the popularity of poker has dropped dramatically.

Recently, we have seen an uptick in poker’s popularity. This is because, at least in part, of the massive influx of women into this male-dominated industry. Online poker rooms are stacking their sponsored ambassadors with young and upcoming female poker players in anticipation of the legalisation of poker rooms in the US. Some poker veterans have even gone on record saying that the resurgence of poker will largely be on the back of women. This is how the role of women has evolved from the professional player’s view, so it is altogether proper and fitting to see how the roles of women have evolved on the general customer and management aspect of gaming.

Women have generally not been the main demographic that gaming organisations have catered to. From the 1950s to the 1980s, the casino industry catered mostly to men, but in the 1990s the Las Vegas gaming industry began to rebrand itself as a family-orientated location, and with this push many of the games began taking on themes that would appeal to women. The evolution of women from the business and management aspect is far more interesting.

Gambling has been around for centuries, but its modern roots are generally agreed to have started in the early to mid-1800s from the expanding front of the Wild West in the United States. Cowboys, gold and silver miners and outlaws would gather at local saloons and play a variety of casino games, with poker being the most played. During this time women were allocated to supporting roles of entertainment. Primarily prostitution and madams; as one may surmise, these were not the most noble of roles for women, but during that time period it was the case.

As more and more people moved west, because of the railroad expansion across the US, cities got larger and larger. Even with the developed metropolises of Los Angeles and Hollywood, the west was considered an outlaw environment and gambling continued. Nevada was the first state to legalise casino gaming in 1931, all as a direct result of the 1929 stock market crash, the Great Depression and the Hoover Dam public works project. Up to this time the female role in gaming had remained largely unchanged since the 1800s.

When gambling was legalised in 1931, the objective for casino owners was to extract money from the casino patrons. During this time men had more disposable income, so attractive women were brought in to fill more roles in casinos. Some of these roles were that of dealers but most were ones that emphasised the sexuality of women, so cocktail waitresses and exotic dancers were the most dominant of these newly created positions. This was done to create a desirable environment for the mostly male gambling clientele as casinos during this time were relatively small, and operators had to do everything they could do bring customers to their establishments; competition was massive.

This small casino environment lasted about 15 years until 1945, when Bugsy Siegel opened the Flamingo resort on Christmas Day. This greatly expanded women’s presence in the gaming industry, however the role was still limited to the strictly entertainment aspect of gaming related opportunities.

Over the next two decades Las Vegas expanded greatly. Mega resorts were built with money from the Teamsters Union, which were largely controlled by the Costa Nostra. Because of the masculine nature of the Italians funding these projects, women again continued to be place in strictly supporting and entertainment roles. More women dealers were brought into the mix and of course cocktail waitresses were in higher demand. Some new occupations were created during this time, such as that of showgirls and topless dancers. This again relegated women to a supporting but vital but role in the expanding gaming industry, and particularly to the growth rate of Las Vegas. This sexuality component played a big part in creating what Las Vegas is today.

The less-than-legitimate operations of Las Vegas went on for just over 20 years. On March 27, 1967, the cause of women in casino gaming took a giant leap forward. This is when Howard Hughes purchased the Desert Inn, his first of several casino property purchases. This purchase ushered the casino gaming industry into a legitimate corporate-based structure. In addition to the casinos cleaning up their accounting practices, it was the beginning of women being incorporated into the front line of daily operations and management structures of casino gaming.

The feminist movement of the mid-1960s, as well as the corporate take-over of Las Vegas, created an ideal environment to catapult women into the operations end of the casino gaming world. It was during this time that more women became dealers, pit personnel, floor staff. Women were starting at the lower end of operations ladder but they were light years ahead of where they were even ten years prior.

As time went on, women took on more and more responsibility. Now it’s common place to see women in high operational positions of casinos, even attaining the position of Casino Manager of major Las Vegas properties. The casinos are not the only place in gaming ops where women have been increasing their presence. Prior to IGT merging with GTECH, IGT was the biggest provider of slot machines and video poker games in North America. It was headed by Patti Hart, and prior to that she was the CEO and Chairman of Pinnacle Gaming Systems. Even 30 years ago, such a high level position was unthinkable as being filled by a woman. In today’s environment the corporate world is only concerned with one thing, RESULTS. And women are definitely proving themselves to be as qualified to do the job as their male counterparts in the gaming corporate world.

As time goes on, we can expect the roles of men and women to become closer to being equal. I don’t feel qualified to offer advice on feminism or social justice, other than to say that gambling professionals whether they are men or women, black, white or purple, should all be judged on their skill set and ability.

It’s therefore appropriate to conclude this article with a quote from modern philosopher, writer and stand-up comedian, George Carlin: “Men are from Earth, women are from Earth. Deal with it.”