Germany: the state of play

Dr Joerg Hofmann, of Melchers Law, writes his first of many guest articles for Gambling Insider, running through the state of play and outlook for gambling regulation in Germany 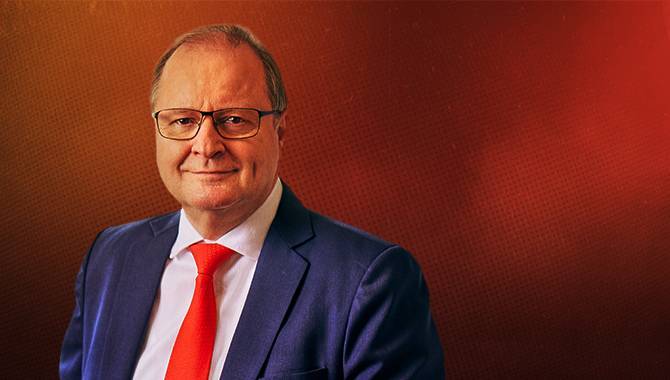 The year 2021 was the year of significant changes in Germany’s gambling regulation. The Interstate Treaty on Gambling 2021 came into force on 1 July 2021. For the first time, it established a nationwide licensing procedure for virtual slot machine games and online poker, in addition to the licensing for sports betting that has been available since January 2020. At the same time, a central regulatory responsibility was created for these two verticals with effect from 1 January 2023.

Until the granting of licences to operators of virtual slot machine games and online poker, a transitional regime applies that exempts them from enforcement if certain requirements are met; and generally gives them a positive reliability assessment.These requirements were laid down on 30 September 2021 in the Joint Guidelines of the Supreme Gaming Supervisory Authorities of the Laender and required a far-reaching adaptation of online gambling services to the conditions of the future licence.

All this sounds positive. And at first it is, considering that at least the ban on online gambling that was in place for many years has been replaced by licensing models.

So, the fact that the regulated gambling market has now been launched is most definitely a positive. In detail, however, this regulation contains a multitude of challenges that the future German licensed online
gambling industry will not be able to cope with.

One of the most important goals of gambling regulation – besides the protection of players – is the channelling of the market away from  non-regulated operators towards state-licensed and supervised operators. And exactly in this respect, the state has overstepped the mark. The goal is not being achieved. Channelling is taking place, but in the wrong direction.

Already under the transitional regime, operators who consistently adapted their offers to the new requirements had to experience massive migration of their main players. With the introduction of the 5.3%
tax rate on all gaming stakes (net: 5.01%), which applies from 1 July 2021, most operators of virtual slot machine games were also forced to significantly reduce their pay-out ratios in order to avoid losses. Thus, they have finally lost their competitiveness compared to the numerous black-market offers. Operators continuing to offer significantly more attractive conditions for the player without observing the Interstate Treaty regulation are drawing them away from the regulated market like magnets. From a number of conversations with software suppliers having an exact overview of the turnover  of the B2C providers using their games, this author anticipates a decrease of about 70 to 90%, compared to figures before the adjustment of the offers.

This does not mean that fewer stakes are being placed. Rather, it shows that these stakes no longer remain in the market supervised by the authorities. The winners in this situation – and this is paradoxical – are clearly the black-market operators, especially, but not only, those from countries outside the EU. There, blatant increases in turnover are reported.

For the important, or even the most important regulatory goal of channelling, this is equivalent to a declaration of bankruptcy. Because without a functioning channelling system, there can be no player protection. Nor can there be protection against fraud and manipulation or money laundering, to name just a few other regulatory goals. Only the player who plays in the licensed and supervised market can be protected. If he places his stakes in the black market, the highly developed protection instruments of the German gambling supervision do not reach him. Thus, the update of the Interstate Treaty on Gambling, which was first enacted in 2008 and has been developed with great difficulty over many years, achieves the opposite of what it was intended to do.

What restrictions are we talking about?

In virtual slot machine gaming, five seconds minimum playing time per spin is mandatory. The worldwide standard is about three seconds. The maximum stake per game is limited to €1.00. Monthly deposit limits of €1,000.00 per player do not allow individual exemptions before 2023.

Bonuses and rebates are only permitted to a marginal extent. If the authorities’ current approach is maintained, the limit will be €100.00 per player per year in total.

Severe restrictions also apply to affiliate marketing. Remuneration based on turnover or success is not permissible.

The use of the terms “casino” or “casino games” is not permitted in connection with the organisation and self-distribution of virtual slot machine games or the advertising thereof.

Table games such as roulette, baccarat and blackjack as well as their live stream are excluded from the licence for virtual slot machine games. The Laender can decide individually whether they want to have these games offered on their respective territories by a state-owned company (monopoly) or by private operators through a strictly limited number of licences. Before the first licences are issued, it will be months. Until then, these games can only be accessed on the black market. The online operators willing to comply had to remove these games from their offerings.

For sports betting, the scope of bets that will ultimately be permissible is still not certain. To date, the authorities have not presented their announced catalogue of permissible bet categories and bet types. In particular live bets as well as bets on e-sports need to be clarified.

A deviation from the monthly deposit limit for sports betting can be approved upon request by the Regional Council of Darmstadt up to €30,000.00 per player per month. A deviation beyond this, adapted to the individual needs and financial resources of the players, is currently not envisaged. However, the deposit limit conditions contained in the licences are currently suspended in most cases, as they are the subject of a review by the administrative courts in Hesse.

None of the restrictions mentioned are observed in the black market. It is obvious what competitive advantage the operators that operate there enjoy.

What can be done to end the misery?

Something can be done, but time is running out. The current Interstate Treaty on Gambling even indicates what the first step must be. Its sec. 32 provides for an evaluation of the effects of this Interstate Treaty, explicitly even referring to the development and spread of illegal gambling in black markets. According to this, the gambling supervisory authorities of the Laender are to carry out the evaluation in cooperation with the Joint Gambling Authority of the Laender and its expert advisory board. An interim report is to be submitted by 31 December 2023. A summary report is to be submitted by 31 December 2026 and every five years thereafter.

However, this would be far too late. This timetable does not allow the necessary consequences to be drawn in time, let alone implemented. A first evaluation would have to take place in 2022. It must be based on the decisive indicator for the success of a regulation, namely the turnover in the regulated market versus the turnover from outside it. This is easier said than done. Turnover of licensed providers can be recorded directly by the authorities. However, these figures are not sufficiently meaningful if they are isolated from the turnover outside the regulated market. But how to get hold of the uncontrolled turnover? No black-market operator will voluntarily participate in a survey. Estimates are always vague. At best, a survey of the current figures and their comparison with the data that can be ascertained in the supplier market as of September 2021 will help. Such a comparison  at least provides very realistic information about the dimension of the exodus of players and turnover away from Germany.

The fact that lost players can be won back through evaluation with subsequent consistent adjustment of the regulatory framework is shown by the example of Italy. There, too, the channelling rate was far below expectations in the first years. Only after an adjustment of the regulation more tailored to the needs of the players did thousands of players who had previously “left the country” return to the regulated market and significantly increased the revenues of licensed operators in a very short time.

Other countries, most notably Denmark, from the beginning had hardly any losses of existing players to the black market due to market-oriented regulation of gambling offers and their taxation.

Content and taxation, these are the key words in connection with the success of channelling. That is what it will have to be about.

What else does the future hold?

Already known changes concern the competence of the regulatory authorities. This will be completely restructured. As of 1 January 2023, a unique “super authority”, the “Joint Gambling Supervisory Authority”, also based in Saxony-Anhalt, is to take over gambling supervision nationwide. It will then be responsible for sports betting, virtual slot machine games and online poker. The Regional Council of Darmstadt and the State Administration Office in Halle will formally lose their nationwide competences in these areas. Until then, however, Darmstadt will still be responsible for renewing and issuing new sports betting licences in the course of 2022.

There is another interesting change ahead, whose importance should not be underestimated. As of 1 January 2023, a Board of Directors replaces the Gambling Committee. Each state will send its own representative. Representatives can be heads of state or secretaries of state of the ministry responsible for gaming supervision. This means that, unlike in the past, this body, which is to be decisively involved in important decisions, will be made up mainly of political representatives instead of regulators. This now more political approach gives hope that from 2023 onwards the decision-making processes can be adapted more flexibly/to actual developments. Politicians bear the responsibility for the regulation of the gambling market, its success and failure.It is in their hands to continue the good and to correct wrong decisions.

CEO special: The cut and thrust of retail

CEO special: Getting to the point

Big question: How much more important is sports betting data now than five years ago?

Roundtable: The rise of aggregation

Germany: the state of play 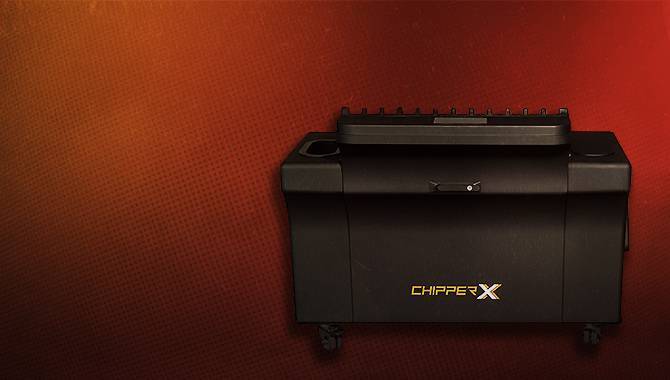 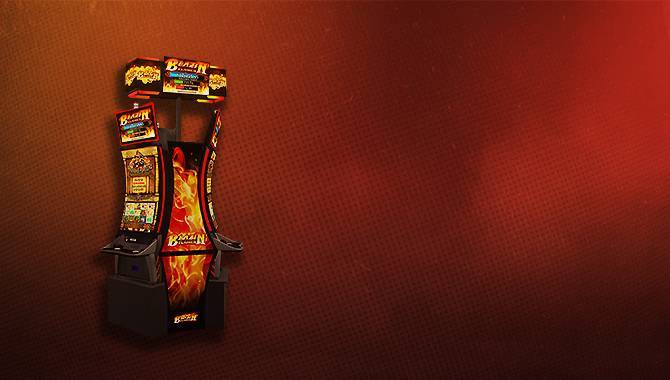 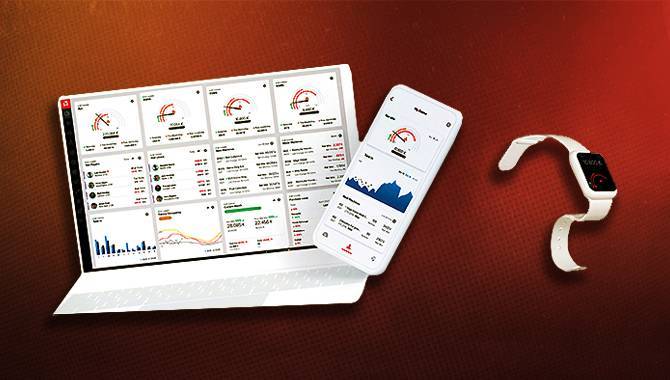 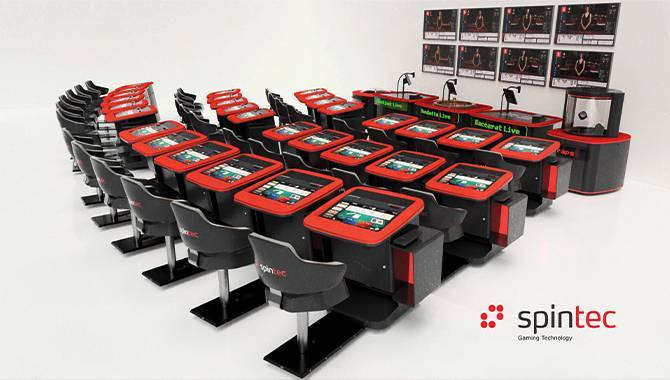 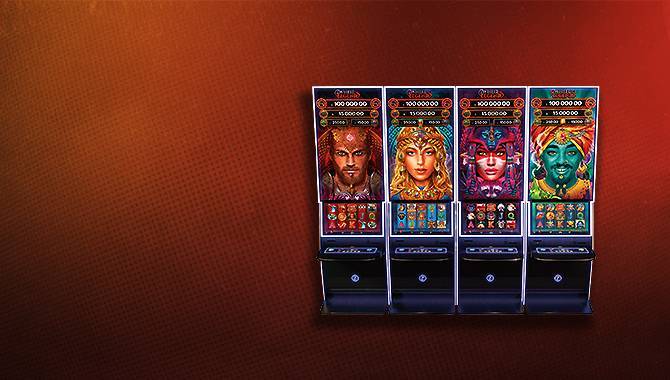