Lei Wai Nong, Macau’s Secretary for Economy and Finance, will adjust the region’s gross gaming revenue (GGR) estimate for 2022 and will propose changes to the Legislative Assembly in the coming months. 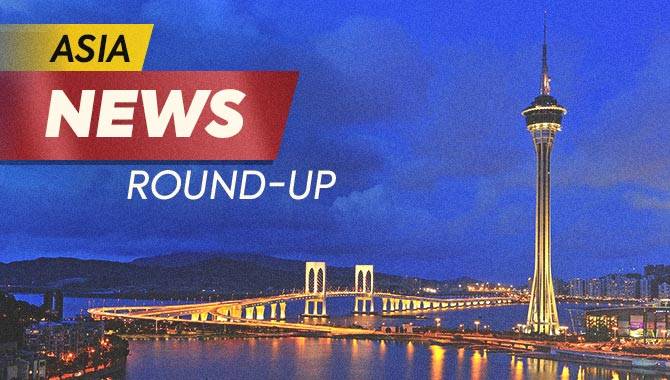 Lei said: “The Government will adjust the revenue from gambling this year as the 44-day pandemic after June 18 has had a great impact on the community, so we will go to the Legislative Assembly to make changes to the budget.”

Speaking to the local press, Lei also confirmed that information surrounding the bidding process for Macau’s gaming licences would be released as soon as the process closes on 12 September 2022.

“The Government will adjust the revenue from gambling this year as the 44-day pandemic after June 18 has had a great impact on the community, so we will go to the Legislative Assembly to make changes to the budget” Lei Wai Nong, Macau’s Secretary for Economy and Finance

Furthermore, the secretary that Macau has averaged between 15,000 and 17,000 daily visitors recently, and will resume its annual fireworks display on 1 October 2022.

Despite these positive signs, Mainland China has seen Covid-19 cases on the rise with over 1,000 cases being reported daily.

Macau itself is only just free of its own latest struggles with Covid and Lei informed the press that Macau’s Government would keep in close communications with the mainland as the situation unfolds.

AFL legend Wayne Carey has criticised Crown Resorts after he was removed from the operator’s Perth venue for having white powder on his person.

Last week, Carey was supposedly found with white powder that had fallen from his pocket; the AFL player denies this was an illegal substance.

The 51-year-old said the powder was anti-inflammatory medication he had been using for pain relief, claiming that he offered to hand the bag over after dropping it.

Carey said: "What I will say is that nothing illegal has occurred here. I am disappointed.

The new CEO at Crown Resorts, Ciarán Carruthers, has disputed Carey’s version of events, telling local reporters that the AFL player’s claim directly contradicts the statements made by team members at Crown.

Carruthers said: "Any such incident our staff deems to be suspicious, they report, de-escalate it and, in this instance, our staff asked the customer to leave the facility.

The difference between Major Success Group’s offer for LET Group and the regulator’s assessment of its worth represents a difference of 2,279%

"[Staff] noticed the packet fall out along with the notes and they advised their gaming manager. He kept it [the bag] and beyond what's happened, I have no idea what's happened to it."

A stock market regulatory panel from Hong Kong – The Takeovers and Mergers Panel of Hong Kong’s Securities and Futures Commission (SFC) – has said an offer to buy Suncity, now known as LET Group, has been massively undervalued.

Major Success Group made an opening bid for the former junket, but SFC says its bid must equate to HK$0.069 for every Suncity share, rather than the HK$0.0029 per share price initially offered.

The difference between Major Success Group’s offer for LET Group and the regulator’s assessment of its worth represents a difference of 2,279%.