Entain and McLaren have expanded the pair’s prior partnership to launch a new female diversity push, called Drive for Diversity. 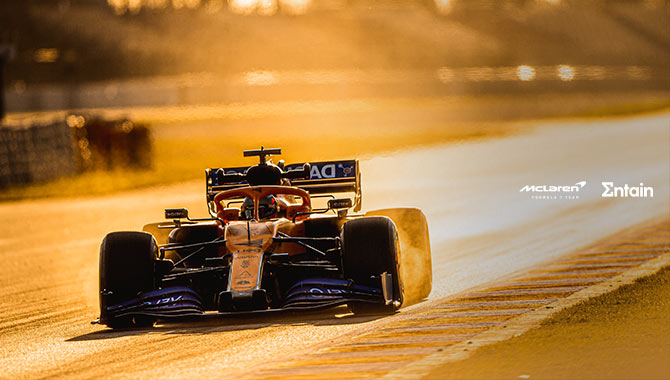 Rebecca Constable, Director of People Experience at McLaren Racing, spoke at an event hosted by Entain and attended by Gambling Insider in London, where she – alongside Entain CEO, Jette Nygaard-Andersen – announced a new diversity push.

The new scheme is aimed at promoting more women to work in the technology industry.

During the event, McLaren and Entain revealed both were targeting ‘reskill or upskilling’ women currently working in the tech industry, women re-entering the industry after a ‘career break’ and wanting to see a greater amount of younger women studying 'STEM-based (science, technology, engineering and mathematics) subjects in higher education'.

Additionally, the campaign will also see the pair fund six internships during a one-year program.

During her presentation, Constable said: “We overlook so much talent for people who really want to do it but have no idea how to get in. This program with Entain speaks to that and will give great opportunities.”

McLaren and Entain have been working together since May 2021, when the gambling giant and the racing team joined forces, which saw McLaren sporting Entain subsidiaries Party Casino and PartyPoker’s logos on its F1 vehicles.

Paris Anatolitis, MD of Party Brands and Commercial Director at Entain, said of the initial deal: “We want Party to be a destination for customers around the world who enjoy games, and sharing experiences around the sports and activities they love.”

Since then, McLaren and Entain have worked closely on several other combined promotions; including Entain launching exclusive content for McLaren last year.