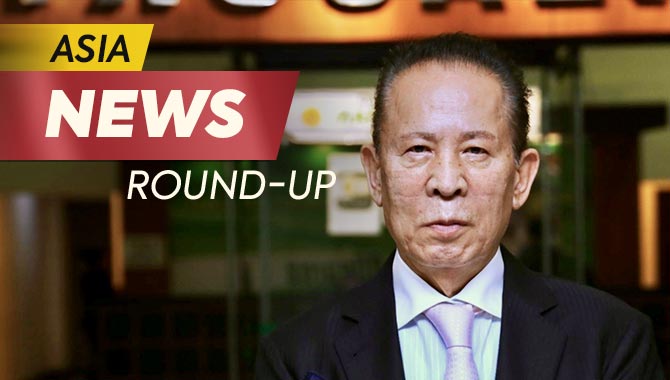 Japanese billionaire Kazuo Okada has pleaded not guilty to charges of “grave coercion” made against him for the alleged forceful takeover of the Okada Manila Casino & Resort on 31 May 2022.

Okada, alongside now former colleagues from Tiger Resorts Leisure & Entertainment (TRLEI) – the company which operates the Okada Manilla – were present at the METC Paranaque, Branch 91 court when pleas were heard.

Spokesperson for Okada, Attorney Rico Quicho, said: “Kazuo Okada and his group reiterate that they will face the allegation in a just and very honest way and fight until full justice is obtained.

“The group remains confident that these grave coercion cases will be dismissed for the utter failure of the prosecution to prove its charges with the quantum of evidence required in criminal cases, which is proof beyond reasonable doubt.

“These grave coercion cases would suffer dismissal just like the six other criminal complaints filed by the ousted board of TRLEI/Divina Law Office for insufficiency of evidence and lack of merit.”

Staying in the Philippines, the country’s anti-money laundering (AML) watchdog is supposedly working to remove it from the Paris-based Financial Action Task Force (FATF).

FAFT currently has the Philippines registered as a grey-listed market, but the Philippines’ Anti-Money Laundering Council (AMLC) noted its belief that guidelines are in place to enforce greater AML and combat the finance of terrorism (CFT) controls.

This is what the AMLC believes will get the Philippines removed from the FATF grey list.

An inquiry led by the New South Wales (NSW) Crime Commission (NCC) has found pubs and clubs are being used to launder billions of dollars through poker machines.

Although the NCC inquiry could not detail the exact amount of “dirty cash” being funneled through poker machines, around AU$95bn (US$61.72bn) in total is believed to go through every year.

The former boss of the now-defunct Suncity junket Alvin Chau has changed lawyers partway through his trial.

Chau was charged with founding and leading the criminal group Suncity, a company through which he allegedly laundered money and ran illegal offshore gambling activities.

Over in Japan, the region of Osaka has established and passed an ordinance draft to endorse measures that counter gambling addiction.

The news comes ahead of the expected issuance of a licence for the Osaka region to build an integrated resort (IR).

Delhi police forces have arrested 29 people for gambling at the Hotel City West End in Punjabi Bagh during Diwali.