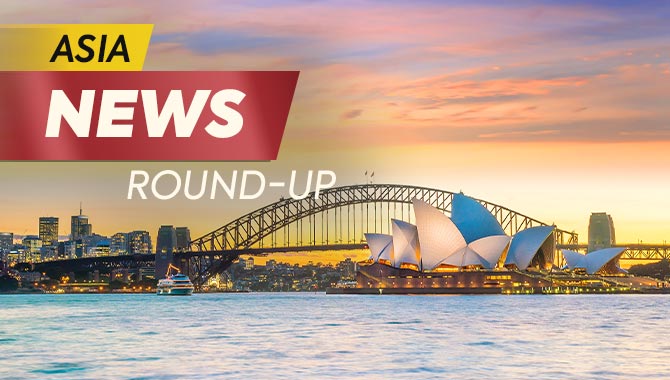 Jason Ader, 26 Capital Acquisition Corp Founder, discusses the ongoing saga of Kazuo Okada and how it casts a large shadow over an otherwise booming Philippines market:

“Kazuo Okada was arrested just a couple of weeks ago and his arraignment was last week. I do have faith in the Philippine judicial system and his trial will be ongoing for an unknown length of time. The issue with Kazuo Okada was never an ownership issue. Okada was reappointed to the Tiger Resorts Leisure & Entertainment (TRLEI) board of directors, and to my mind, he has not attended one meeting since he was granted his Status Quo Ante Order (SQAO).

“Universal Entertainment owns over 4 billion shares of stock in TRLEI whereas Kazuo Okada has just one share. One share vs 4 billion? This has never been an ownership issue but a management dispute. One thing for sure is that this whole debacle has not been good for the Philippines’ gaming market and is something I believe the Philippine Government and PAGCOR want to see resolved.

“The Philippine Government is very focused on growth in hospitality, tourism, gaming, lodging and leisure industries in Manila. With that objective in mind, the Philippines Government wants to see foreign capital come into the market. So what’s happened with Kazuo Okada is bad – it damages that aim. It’s a series of events that I can’t believe the Government supports or endorses in any way.

"In the end, what’s happened over the last year has unfortunately overshadowed what has otherwise been an incredible story for the industry in the Philippines."

The full interview with Jason Ader will be available on Gambling Insider’s in-depth page soon.

Crown Resorts has been issued an AU$120m (US$67.7m) fine for responsible gambling failures at its Melbourne casino.

Crown will need to pay a record amount for a fine issued to an operator in Australia, which comes amid a casino scandal in the country, where regional gambling regulators have been accused of not doing enough to punish casinos for regulatory failures.

The majority of the fine (AU$100m) was issued for failures to stop people from gambling for more than 24 hours at a time. The additional AU$20m is because the casino didn’t prevent customers from using plastic picks to simulate automatic play.

TikTok has reversed its decision to ban betting adverts on its platform by allowing Sportsbet to advertise to its users in Australia.

However, the group is currently running a strictly controlled advertising pilot in Australia with Sportsbet, a TikTok spokesperson has said.

TikTok’s policy is accompanied by the following statement: “A closed pilot for sports betting is currently in operation for one managed client who has obtained permission from TikTok via an application process.”

As Sportsbet ads are shown as a trial, they will be restricted from view to anyone under the age of 21. The frequency of ads will also be capped, and an opt-out feature is being rolled out.

The Star served with securities class action over “misleading representations”

The Star Entertainment has been served by Maurice Blackburn with a claim for a securities class action in the Supreme Court of Victoria.

The claim alleges that The Star made misleading representations about its systems and processes for compliance with anti-money laundering and counter-terrorism financing obligations, between 29 March 2016 and 16 March 2022.

Blackburn’s claim also alleges The Star failed to disclose relevant market information and acted contrary to the interests of its members.

The submitted claim is similar to one issued as a separate securities class action filed by Slater & Gordon on 30 March 2022.