Paddy Power Ambassador and former England football player Peter Crouch has released an album – “Crouchy Conducts The Classics” – as part of the operator’s promotion for the Qatar 2022 FIFA World Cup. 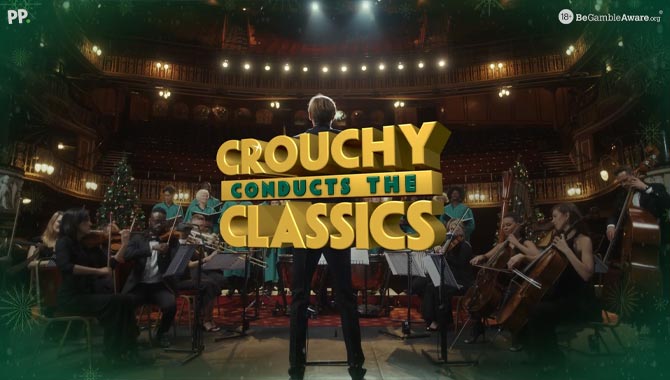 Produced alongside the first winner of ITV’s Britain’s Got Talent, the tenor Paul Potts, Crouch is aiming for top spot in the Christmas music charts with this classical charity album.

The Crouch/Potts collaboration will be supported by the Paddy Power Choir and will feature (debatable) “upgrades” to popular terrace football chants, by giving them an orchestral score.

An eight-track album, Paddy Power says its production was undertaken to lift players and fans ahead of the Qatar 2022 FIFA World Cup and Christmas.

The album features tracks such as “Enger-land, Enger-land", “VAR My Lord, VAR” and “Who Ate All The Pies?”

This new division oversaw Crouch in his first conductorial role, where he leads a 20-piece orchestra through these football chants.

The operator asks fans to look out for Potts' version of “You’re Not Singing Anymore,” which it describes as a “stirring rendition.”

On a more serious note, Paddy Power’s album does serve an important purpose, with 100% of sale proceeds going to the charity Stonewall – which is leading a campaign to tackle LGBTQ+ oppression in Qatar.

The operator hopes all proceeds will be significant given Potts’ pedigree, having sold over five million albums since becoming the first Britain’s Got Talent winner.

Crouch said: “I’ve always wanted to release my own album – so what better time than during a World Cup at Christmas? We’ve taken the best terrace chants and sprinkled a bit of festive magic on them.

“The whole team put in a big shift and I’m really happy with the teamwork, dedication and the finished product. With Paddy Power’s bankroll and the people’s support, we hope a Christmas number one album is coming home... at the very least.”

Potts added: “Our goal with the album is to inspire England fans to cheer on the team and give the country the lift they so desperately need right now. It was an honour to get the World Cup call-up from an England legend like Peter. I’ve always looked up to him.”