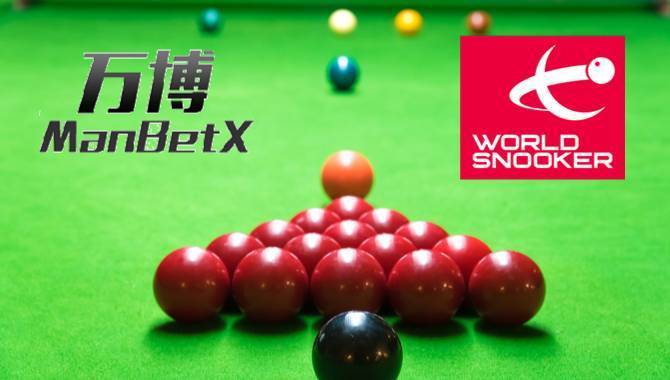 The ManBetX Welsh Open, which starts next week at the Cardiff Motorpoint Arena, is one of snooker’s longest-running tournaments, having been around since 1992.  Some of snookers biggest names including: Ronnie O’Sullivan, Judd Trump, Mark Selby, John Higgins and defending champion Stuart Bingham will be among the 129-man field chasing the trophy next week.

Its other event, the ManBetX Gibraltar Open will take place March 7th-11th at the Tercentenary Sports Hall in Gibraltar.

Announcing the partnership, World Snooker Chairman Barry Hearn said: “We are thrilled to welcome ManBetX on board for the first time. These are two fantastic world ranking events to look forward. Snooker continues to grow rapidly as a global sport and these tournaments will be watched by many millions of fans via the coverage on BBC Wales and Eurosport, bringing tremendous exposure to the ManBetX brand.

“We have seen sensational snooker on our tour so far this season with many of the top guns firing their way to the big titles. It will be fascinating to see where the trophies go in the coming weeks and we look forward to working with the ManBetX team.”

Scott Taylor, Partner at Project11, added: “We are delighted to lead with ManBetX’s expansion into snooker. This follows on from ManBetX’s current front of shirt sponsorship with Crystal Palace.

“These two prestigious title sponsorships are the perfect fit to further the reach of the ManBetX brand. It’s been great working with World Snooker – another marquee sporting property within the Project11 portfolio.”