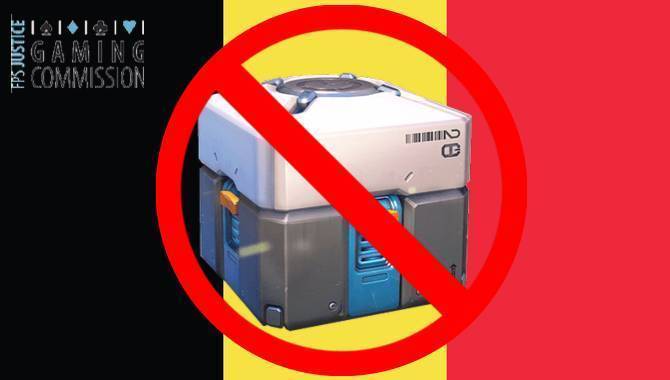 The Gaming Commission of Belgium has concluded that three out of four loot boxes which they investigated under the request of the Minister of Justice violate the countries gambling legislation.

The Gaming Commission investigated four  ‘AAA games, that reach millions of people around the world’- Star Wars Battlefront II, Overwatch, Fifa 18, and Counter Strike: Global Offensive (CS:GO). Their loot boxes were judged on four parameters- ‘if there is a game element, a bet, it can lead to profit or loss, and chance has a role in the game’.

FIFA 18, Overwatch and CS:GO, were found to be offering a game of chance through their paid loot boxes and therefore are violating Belgium gambling legislation.

Koen Geens, Minister of Justice, requested the investigation after Star Wars Battlefront II was launched. The game required players to purchase advantages with real money without knowing to what extent it would benefit them. The games developers changed their loot boxes enough after the criticism to avoid being deemed a game of chance.

The investigation has led Geens to conclude that a discussion between developers, operators and the Gaming Commission needs to take place in order to decide ‘who should take responsibility’ for the loot box violations.

Commenting on his concerns over loot boxes Geens said: "Mixing games and gaming, especially at a young age, is dangerous for mental health. We have already taken numerous measures to protect both minors and adults against the influence of, among other things, gambling advertising. That is why we must also ensure that children and adults are not confronted with games of chance when they are looking for fun in a video game."

Peter Naessens, Director of the Gaming Commission, added: "Paying loot boxes are not an innocent part of video games that present themselves as games of skill. Players are tempted and misled, and none of the protective measures for gambling is applied. Now that it is clear that children and vulnerable people in particular are exposed to them unprotected, game manufacturers but also parties such as FIFA, for example, are called upon to call a halt to this practice."