“This is one of the key challenges facing the betting industry. They’ve got to be aware of it rather than being in denial.” 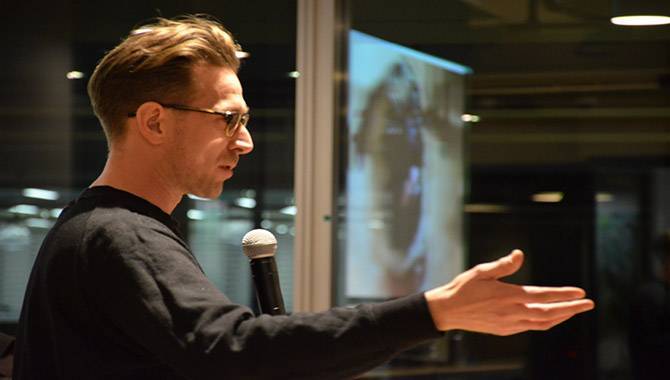 That’s the view of Matt Wilson, Ball Street CEO, on advertising regulation within the gambling sector.

Long has the advertising debate raged within the UK, where social video publisher and full-service agency, Ball Street, is based. It’s an extremely prevalent topic of discussion and Wilson has seen the evolution of gambling advertising – or lack thereof – firsthand, serving as commercial director at radio station Talksport before co-founding his own media company.

There is industry-wide talk of a change in approach – but very little evidence of anything being done about it.

He explains: “I actually think, the way people are acting, they’re almost in denial of it. There’s a lack of creativity and long-term strategic thinking in that category.

“If regulation increases, the thing you need to be investing in right now is not on a load of over-priced attention that’s saturated, like TV and traditional media, football club partnerships – of which there are so many I can’t even tell the difference between them anymore.”

Where most firms are currently advertising through the aforementioned forms of traditional media, Ball Street has bucked the trend and possesses tangible results to show for it. Through its XO Youtube channel and fan media such as AFTV (formerly Arsenal Fan TV) and The Redmen TV, Ball Street has amassed 250 million organic views a season for brands and received positive feedback about the nature of its advertising.

But this kind of marketing, Wilson believes, is not just about success. It’s a necessity for the gambling industry right now in light of what’s happening within regulatory circles. Italy’s blanket advertising ban is a prime example and Labour Deputy Leader Tom Watson’s comments about prohibiting gambling advertising during live sport in the UK seem to confirm Wilson’s fears.

He continues: “What you need to invest in is building your own community and content for when TV or shirt sponsorship is no longer available. I’m pretty sure you will still be allowed to make content for those who have opted in to your CRM or social media feeds. That’s a challenge and that’s what they should be focusing on. But I’m not seeing many that are doing it.

“If they are doing it, they’re working left to right rather than right to left. What I mean by that is you should be reverse engineering that and saying ‘if I want fans to sign up to my page, I need to work with people who understand fans – and fans on social media.'”

The Premier League, according to the Ball Street CEO, is a case in point.

Wilson comments: “The Premier League as a brand isn’t close to the consumer. Yes, we watch Premier League football but we don’t sit here and think ‘we love the Premier League.’ Equally, we love our football teams but, just because they do a deal with a brand, it doesn’t make us love that brand.

“There are places where there’s under-priced attention and where fans are engaged. That really is where firms should be putting their money and attention - building a community that’s significant and engaged.”

Naturally, though, there are more benefits to a modern, differentiated marketing strategy than simply slipping under a regulator’s radar. One is engagement at scale: views, listeners and readers who are actually interested in what they are digesting. Sponsoring or producing such content, Wilson asserts, provides a far higher return on investment for operators and affiliates.

He says: “There’s a lot of really engaged subject matter out there that’s long form. The Joe Rogan podcast, for example: he does several podcasts a week that are 2-3 hours long. Some of those podcasts are so good, I’ll sit there and listen to the same one seven times.

“We’ve got a lot of long-form content, like the True Geordie podcast or The RedMen TV. People really enjoy this content and those views comapred to a video with three million views from a fabricated context... a lot of people are fooled by what looks good.”

So why aren’t more gambling companies adopting these tactics?

“That’s probably driven because the decision makers in a business – and what they’ve done before and who they know – is what dictates the decisions that are made and approved, rather than ‘how are people living their lives and how do we navigate towards that?’

“That’s the fundamental truth of the matter. We’re in a paradigm shift and some people are further along than others. It’s a few years before some operators will turn around and say ‘what have we been wasting our money on all of this time?’”