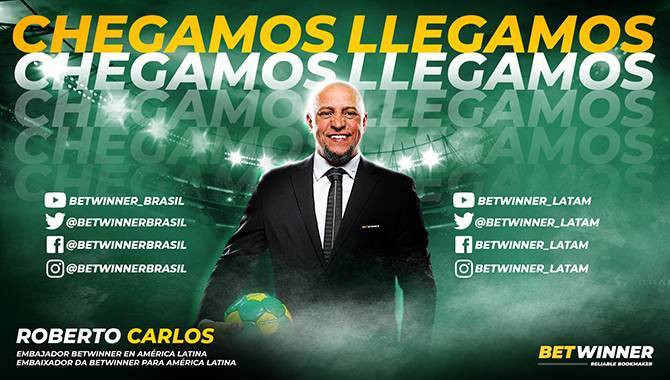 To expand its presence in Latin America and especially in Brazil, BETWINNER launched its official Portuguese and Spanish social media accounts on Instagram, Twitter and Facebook.The launch of official accounts in these languages from these Latin America nations is followed by the sports bookmaker having announced Roberto Carlos as its official ambassador.

Public Relations Director at BETWINNER João Vaz highlighted the launch of the accounts in the Latin American languages and said that the strategy is another step in the plan to connect locally:"The focus on operating in Latin American countries requires that our brand communicate directly. The creation of the accounts is essential in this process of naturalizing the brand.”

Users can access new networks by clicking on the following links:

Regional Director of BETWINNER in Brazil Gustavo Hiroshi said the investment continues to be planned to expand the brand presence:"The work has been going on for some time and the numbers direct us to a market whose potential is immense. We will continue to invest in order to increasingly be connected locally".

Founded in 2007 and operating online since 2016, BETWINNER is a bookmaker with a team composed of highly qualified professionals. With its website available in more than 50 countries, the company operates in markets in Europe, the Middle East, Asia, Africa and South America.