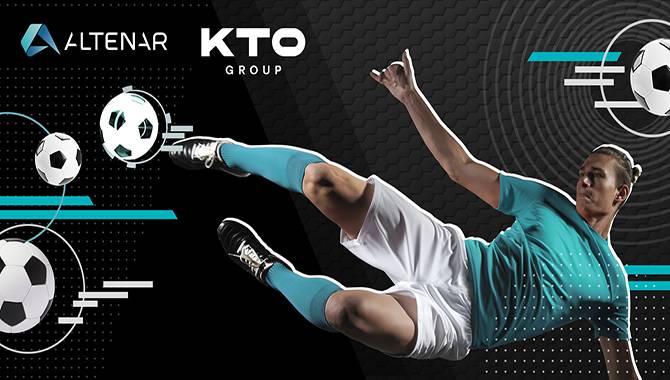 KTO Group’s CEO Andreas Bardun was interviewed by Gambling insider’s Editor Tim Poole, and the two discussed KTO’s history, Andreas’ time in the iGaming industry and the deciding factors that accumulated in the partnership between KTO Group, an iGaming operator and Altenar, a sportsbook software provider.

During this interview, it became clear the brilliance of KTO Group and the foundations that came from Andreas’s history in the sportsbook industry as it traditionally operated 20 years ago. As noted by interviewer Tim Poole, Andreas’ is ‘very much a pioneer of the iGaming industry’ and began his work in the iGaming field as a result of his time in traditional bookkeeping.

Seeing a gap in the market, Andreas conceived KTO Group and took all he had learned from, in his word, ‘old school, traditional book making’ and brought it to the world of online sports betting and iGaming where he likes to ‘dip his toes into all aspects of his business and the betting industry, from marketing to technology. It was in these moments that Andreas saw the potential for the iGaming market to retain that core magic of sports and sports betting that appeared to have been ‘A little too gamified and more removed from traditional sports betting’ which opened the perfect opportunity for Andreas and the resulting KTO Group.

In creating an iGaming platform that brings the core of sports betting to the industry, Andreas and KTO Group look to bring sports betting ‘back to basics in this sense, all the while, wanting to propel the technology within the industry. Operating around the world, with a special focus on Asia and LatAm, Andreas understood the symbiotic nature of adding a casino and sportsbook together where there appeared to be natural bridges forming. Andreas noted in the GI Huddle that there were ‘natural steps between sportsbook and casino where certain features were mimicked or synthesised like the cash out feature’.

It’s in this search for great technology, knowledge and a trustworthy relationship that KTO’s CEO landed on Altenar, a sportsbook software provider and Andreas spoke fondly of the provider …

Walk In Their Shoes: KTO’s CEO Speaks On Altenar’s Stand Out Qualities

Gambling Insider’s Tim Poole asked KTO’s CEO about his relationship with Altenar and it became clear that the symbiotic relationship between the operator and the provider was not only long-standing but a highly-valued one as well.

Andreas explained that ‘KTO has a long-standing relationship with Altenar, and I knew from the beginning that these are good people and that’s very important to me.’ Andreas went on to note that in an industry like iGaming and sports betting that ‘trust is the number one aspect, and Altenar was very transparent with me and that’s very unique in this business. Being impressed both on a personal and professional level the partnership between Altenar and KTO began.

With a year-on-year relationship with Altenar, KTO has seen great success in many regions… Andreas continued; ‘the number of things they’ve managed to deliver in that period is amazing’. It’s relationships like the one between KTO Group and Altenar that sees success become a repeatable process, one that can span the world. Though one key feature and aspect of Altenar’s roadmap for KTO was ‘to be extremely local and specific to a market and area’, Andreas considered this a spark of genius and the rest is history in the making.