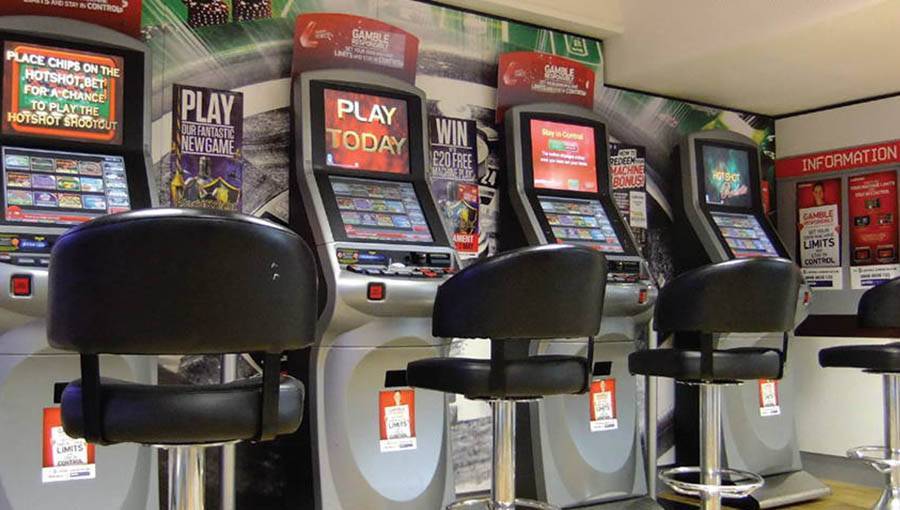 ﻿David Cook asks industry figures how open bookmakers are to being exploited for money laundering via FOBTs, and whether the threat is being taken too lightly

This article could be seen as something of a complementary piece to the current media attention surrounding fixed-odds betting terminals (FOBTs). For some time now, national newspapers and campaign groups have faced off against UK bookmakers, predominantly on the grounds that FOBTs, now one of the premier profit generators in the bookies’ armoury, are an unregulated danger to a society containing gambling addicts that need to be better supervised. The war of words has primarily focused on the potentially addictive, and consequentially destructive, nature of FOBTs, but in the background further accusations have been made about a separate issue.

Reports of UK bookmakers being exploited for money-laundering practices are not new to the industry. In November 2013, the Guardian published an article profiling a drug dealer who admitted to using FOBTs to wash dirty money i.e. giving it the appearance of being earned legitimately. The process could be carried out by printing out a ticket from an FOBT and asking for the winnings on the ticket to be paid into the player’s bank account, thus appearing as proof on a bank statement that the money was earned through legitimate means, without distinguishing where the stake originated from or the initial amount wagered.

Fast forward to December 2015, when an increased volume of data surfaced to highlight the issue further. The Gambling Commission (GC) responded to a Freedom of Information request asking for the number of unique reference numbers given to bookmakers when replying to suspicious activity reports (SARs) submitted to the GC by non-remote betting operators between April 2014 and March 2015. The GC confirmed that 633 SARs were filed by the UK non-remote betting sector to law enforcement agency the National Crime Agency (NCA) in that time period. The GC later confirmed to Gambling Insider that this number included racetracks and not purely betting shops, but was not able to break down the number of reports from betting shops and racetracks specifically or whether greyhound and horseracing tracks were included individually or collectively. The overall industry total was 1,237 for the period from August 2014 to March 2015. August 2014 was the month where it became a requirement to report SARs to the GC.

In February, further scrutiny was placed on the industry when it was confirmed that Paddy Power was to pay £280,000 to socially responsible causes, following an investigation by the GC. The debate about whether FOBT maximum stakes should be reduced and their effect on problem gamblers is another matter entirely, but that does not alter the fact that it is becoming increasingly important for the UK bookmaking industry to come out fighting the allegations of money-laundering problems.

While the GC was not able to go into any detail as to the nature of the reports, it was able to point us in the direction of the NCA, which told us it only publishes details about SARs in its annual reports. The latest annual report stated that bookmakers filed 520 SARs between October 2014 and September 2015, accounting for 21% of an industry-wide total of 2,459 SARs. SARs for all sectors totalled 381,882, giving bookmakers a 0.1% share overall, though it should be noted that banks accounted for a vast majority of overall SARs with 318,445.

The 633 figure published by the GC was later jumped on by The Mirror, which ran the headline: “Betting shops fear drug barons are laundering cash in gambling machines” and reported that “criminals plough drug money into gambling machines”. This was not based on anything concrete, as nothing seems to have been revealed about the number of SARs that specifically involved drug-money laundering.

When asked about the issue of FOBTs potentially being exploited for money laundering, James Cook, GC Corporate Affairs Officer, replied: “We recognise the money-laundering risk associated with transferring FOBT winnings onto debit cards or to online accounts, particularly when this wasn’t the source of funds for the stake. This issue was also recently consulted on as part of the changes to the LCCP [licence condition and codes of practice in the context of crime], including the best ways to mitigate the risk. A response to this will be published in the coming months.”

Arguing for the side wanting heavier regulation on this issue is Adrian Parkinson, consultant for the Campaign for Fairer Gambling. While Parkinson was unhappy with the 633 GC number, it was for a different reason to what you might expect. He said: “My view on it is that the figures are extremely low. We pushed the story about 633 SARs and one of the reasons we did that is not because we’re trying to say that 633 is a huge number – it’s actually not.

“We don’t assume that FOBTs are the be all and end all of money laundering, absolutely not. The point that we’re trying to make is that not enough SARs are being reported and that the product that is offered within betting shops that offers the best opportunity for people to launder money and transact proceeds are FOBTs, because of the anonymity factor.”

We approached five of the leading UK bookmakers to get their take on the matter. Betfred was not able to pass comment. Ladbrokes was happy to field questions, and offered this statement, via Director of Media David Williams: “High street bookmakers are the safest place to gamble

in the UK. At Ladbrokes we have a range of measures in place to detect money laundering, including CCTV, highly-trained colleagues and a crime and security team based in Gateshead that monitors suspicious customer activity.”

William Hill was also happy to answer our questions. According to its group communications director Ciaran O’Brien, the gambling industry is being harshly treated. He said: “It shouldn’t be surprising that out of the millions of shop visits by customers every year bookmakers can be targeted by criminals, as with many other types of businesses. These reports are examples of the industry undertaking its regulatory responsibilities and they should not be criticised for doing so.”

In more pointed remarks, O’Brien continued: “These reports should not affect the image of the industry. However, there is an active campaign who will misuse information to portray the industry in a negative light. Gambling does divide opinion and it does make good copy for the media.”

Paddy Power and Coral both declined to comment, while the ABB, after agreeing to look at our questions, decided it did not want to offer any more comment on top of an already-released statement.

As expected, it seems clear that neither side is going to back down on the issue. But moving forward, there is one method that could, in Parkinson’s opinion, whip the bookies into shape. “The UK Government is considering whether to include betting shops in the EU4 money-laundering directive, which already includes casinos,” he says. “Our argument to the industry is: Why would you want to be excluded? All it asks for is that anybody transacting £1,500 of cash in a 24-hour period should be identified by a company and the company should keep a record of those individuals losing that amount of money.”

O’Brien does seem open to change, but stopped short of indicating that the current risk of money laundering via bookmakers is high. “We are looking at ways the industry can co-operate more closely to share information and minimise risks. The anti-money laundering directive regulations are onerous on the industry – tracking play across channel for relatively low staking sums, for example. These do not reflect the low level of risk in the industry compared with say banking or property transactions.”

The eventual decision on whether bookmakers fit into the EU4 money-laundering directive will be eagerly anticipated while the squabbling continues.

THE MECHANICS OF MONEY LAUNDERING
It is easy to take reports as gospel, but instead Gambling Insider wanted to look into the method of cleaning money as reported by the Guardian for ourselves. So a Gambling Insider source walked into a betting shop, which shall remain unnamed, and placed a stake into a FOBT. The source then played a few spins on an electronic roulette wheel, staking equal sums on red and black and a much smaller sum on zero. After making a minor loss, the source then printed a ticket to cash their remaining stake and asked for the money to be transferred to their bank account. Staff obliged, and the transaction was completed by the source placing their card into a reader before being given a receipt. The only number that appeared on the receipt was the final cashed total and made no reference to any specific bets that were placed. The money appeared in the source’s account within a few days.