Oscar’s Steakhouse adds the Queen's favourite cocktail to the menu

Oscar’s Steakhouse at the Plaza Hotel and Casino has added Queen Elizabeth’s favorite cocktail to its menu, paying tribute to the late monarch. 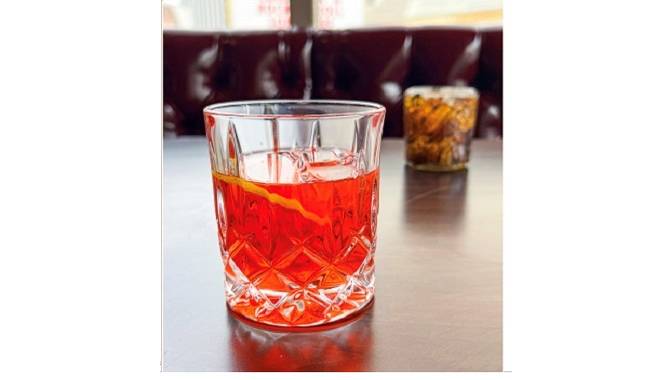 The beverage is called “Queen Elizabeth II” and consists of one part gin and two parts Dubonnet, a wine-based French aperitif, with a half lemon wheel and ice.

“We wanted to pay tribute to the late Queen Elizabeth II in our own way and share with our guests something that she was known to enjoy,” said Jonathan Jossel, CEO of the Plaza Hotel and Casino.

This cocktail was in vogue in Britain during the 1920s and was particularly loved by the Queen Mother, Queen Elizabeth, whose preference for the beverage influenced Her Majesty’s palate.

Queen Elizabeth II would enjoy this drink every day before lunch as an appetite stimulator.

This cocktail has become such an icon that most of London’s five-star hotel bars have created their own twists for the recent Platinum Jubilee, which celebrated the Queen’s 70 years of services to the people of the United Kingdom and the Commonwealth.

Tiago Mira, Lounge Bar and Veranda General Manager at The Goring Hotel, a property known for accommodating the Royal Family on many occasions given its proximity to Buckingham Palace, and the only hotel to have been awarded a Royal Warrant for hospitality services in 2013, commented in regards to the cocktail:

"I created a subtle twist on the gin and Dubonnet called The Coronation Cup as a way to pay homage to the Queen and her favorite cocktail. The combination of London Dry gin, sloe gin, Dubonnet, roses, fruits and spices respects the heritage of the classic drink, but it's something we consider an elevated gin and Dubonnet to celebrate the occasion."