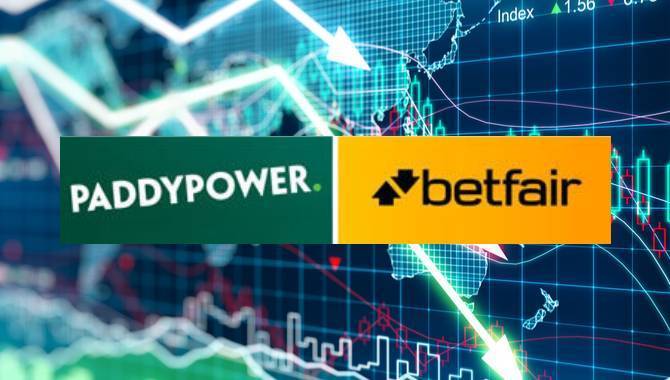 UK-based multi-channel sports betting provider and online gaming operator Paddy Power Betfair has revealed that its operating profits fell by 12% year-on-year  in the first quarter of 2018.

Issuing its first quarterly update of the year, the bookmaker confirmed Q1 2018 operating profits of $109m falling 12% year-on-year in comparison to the $124m operating profit the company made in during the same period of 2017.

The combination of these poor figures caused the companies  underlying EBITDA to also take a hit, reducing by 8% year-on-year  from the $151m  reported during  Q1 2017 to $139m during the same period of 2018.

Among the business areas taking the biggest hit during the quarter was the online exchange sector which fell by 7% year on year.

Paddy Power Betfair's online exchange relies on the volume of transfer made and with 14% cancelations to UK/Irish horse races opposed to 4% the previous year there were far fewer opportunities for transfers to be made.

Despite the negatives in some verticals, the company’s sportsbook, US and Australian sectors were able to buck the negative trend. Sportsbook revenue increased by 3% whilst Australia revenue enjoyed growth of 6% despite what the company called ‘adverse sports results’.

Revenues from American operations increased 23% through start-ups such as TVG and Betfaircasino.com, however much of the businesses future US operations depends on the legalisation of sports betting in the US.

Commenting on the company’s strategies moving forward Peter Jackson, Paddy Power Betfair CEO, said: “In Europe, the successful completion of our platform integration has resulted in a meaningful improvement to the Paddy Power product. This has seen the brand's gaming revenue returning to growth from February and a significant uplift in Cash Out usage and in-running betting during the Cheltenham Festival.

“In Australia, Sportsbet continues to perform well and is targeting further market share growth, with additional investment planned to take advantage of any disruption arising from market consolidation and the introduction of increased taxes.”