The Kansspelautoriteit (KSA) will begin the first cycle of its licensing process for online operations on 1 July 2020. It detailed some requirements needed to operate online in the Netherlands but changes are still being made to legislation and it has time to study other regulators and provide an environment that is best for all involved. 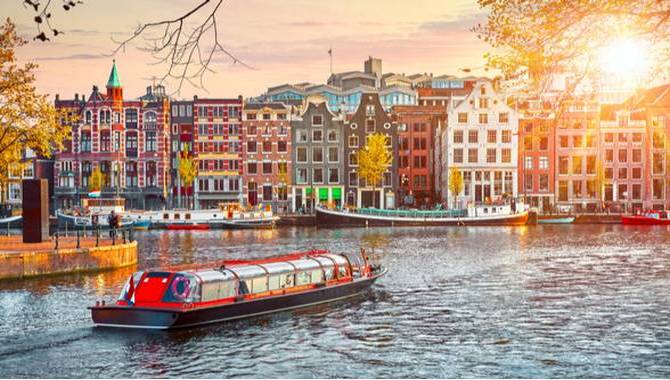 Among the KSA’s requirements are a €45,000 ($49,565) application fee, documents of identification and a 24-month cooling off period. Companies that have operated in the market in the last two years will have to wait another two years from the day they stop Dutch operations. This has been described as the “last piece of the puzzle” by gaming analyst Willem van Oort and while it will affect competitiveness the system has its benefits.

So what can the KSA learn from its peers? In the Spelinspektionen, Gambling Commission and Malta Gaming Authority (MGA), the KSA has three examples to learn from.

We can start with the more positive learning points. At first glance, the MGA stands out for its digital drive. After Prime Minister Muscat labelled Malta the “Blockchain Island,” the MGA has made strides towards achieving that goal. It implemented the first stages of its Sandbox Framework this year, a system that is allowing the MGA to ramp up its use of crypto-currencies.

The collection of islands that make up Malta sit in the Mediterranean Sea, offer a warm climate all year and are layered in history. While this makes an ideal living situation and a perfect tourist destination for many, it does not stand out as an obvious headquarters for a global business. Malta’s population is less than 500,000. This is why the Government and MGA had to adopt an inventive, entrepreneurial approach to attracting operators, suppliers and affiliates. Not only does the drive for distributed ledger technologies reinforce the country’s digital mindset, Malta offers favourable tax rates for companies registered on its shores and with the MGA.

It is imperative for the KSA to follow this lead. Attracting operators to the Dutch market will not be a challenge but the KSA could provide those companies with a unique offering. Something that gives the KSA an identity and operators a new line of business they perhaps did not have before.

From Sweden’s Spelinspektionen, the KSA has some important and more recently-developed events to learn from. On 1 January, the Swedish market opened to private operators and ended its state-run monopoly. However, all of the promise has not been fulfilled and it has been a difficult year for Spelinspektionen.

Global Gaming CEO Tobias Fagerlund, expressed his dismay to Gambling Insider in August when the operator’s subsidiary, SafeEnt, had its Swedish license revoked. He said: "I was shocked. They made the decision public through a press release on a Monday morning at 8am and I got it by email eight minutes before.

"Before that point, there was no sign at all SafeEnt would have its license revoked. We had a case with the SGA in which they asked us questions on specific matters and we answered by explaining our routines."

This should not be happening. Nobody can fault a regulator for revoking or suspending an operator’s license, that is not the problem here. The issue is the poor communication and lack of clarity. To inform the company’s CEO of a decision to withdraw the license just minutes before making it public knowledge is bad practice. Reporters and investors will be making call after call to Global Gaming and SafeEnt, with executives from both brands needing their own questions answered first. Regulators are of course in place to stop breaks in legislation but they also exist to help the industry. To communicate clearly and effectively; that was not the case in this instance. KSA, take note.

The Gambling Commission has been making efforts to improve communication. Not only does it want further interaction with operators, it wants those same companies to provide more evidence of customer interaction. In a press event, the Gambling Commission detailed how this would become a focus of its strategy moving forward. With the issues in Sweden, it is clear to see why this is important.

As applications are prepared, the KSA must learn as much as possible from its international peers and provide an environment best suited for operators, suppliers and players. Much of this work will be done in anticipation of the market’s launch but it will not take long for any cracks to surface if mistakes are made.