Gaming machines on casino floors fight for players’ attention. Bright, blinking lights and colourful screens lure them from across the room and chairs with deep cushions keep them comfortable. The same happens at conferences; suppliers want to attract new customers, push their brand across the world and raise revenue. 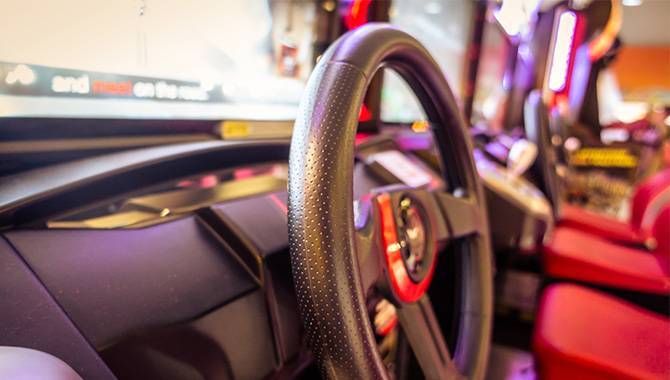 Standing out in this highly competitive market leads businesses down various routes. We see more and more games developed with a celebrity partnered with the story line. Fresh takes on proven models are wheeled out and tested. But we are increasingly noticing a different type of product, games with guns and steering wheels, for example. While the rise of skill-based gaming has been more measured and methodical than exponential, it is clearly exerting a growing influence on the industry.

An example of this is the trial Synergy Blue recently secured with Caesars Entertainment. The company’s games will soon be available to play at The Linq. This field trial will see a mix of the supplier's products placed on The Linq’s casino floor. With these games now finding themselves at home with one of the world’s biggest operators, it is clear this is a vertical that can no longer be ignored.

As with any new product however, there is a learning curve. Synergy Blue’s CEO Georg Washington explained to Gambling Insider that his company’s games are not actually skill-based. He said Synergy Blue is trying to teach the market the games are more skill-influenced than skill-based.

While this appears to come down to a matter of technicalities, what Washington is explaining is these games are not solely determined by skill. It makes sense operators would have these concerns over the games. Their question is obvious; if players build up a level of proficiency with the games, will they not win every time and break revenue models? There will also be the issue of players feeling boxed out of these games, believing they will not have the level of skill needed. These concerns must be appropriately addressed by suppliers looking to take the lead in this vertical.

So what has brought about this new field of slots and gaming machines? Forward, innovative thinking declares it a necessity. The Rise of the Gaming Gambler, a study of the vertical, suggests the next generation of gamblers will be heavily influenced by arcade, video and mobile games.

It will be video and mobile games that leave the biggest impact on players. As new demographics move past the legal-age requirements and are able to gamble, they will be looking for something familiar. A traditional slot machine, for example, might appear intimidating to a player making their first trip to a casino. They would instead prefer to see equipment that looks more like the attachments for a Playstation or Xbox.

Another key aspect is the immersive nature of these games. Slots and other gaming machines need to hold the player’s attention. One strategy involves providing a player journey; others focus on the speed of the gameplay. Games that require more skill can literally put players in the driving seat, for example. In one racing-themed game, players sit in a car seat, with pedals at their feet and a steering wheel in their hand. The faster they go, the more they are rewarded, so the incentive exists to remain seated and immersed.

With new demographics come fresh requirements. There will always be a place for more traditional games but, with every inch of a casino floor in demand, they will not be allowed to take up any extra space if more revenue can be made elsewhere. Whether you call them skill-based games or skill-influenced games, you will be seeing more of them at casinos and conferences across the world. They will fulfil the demands of new generations and move gambling forward.