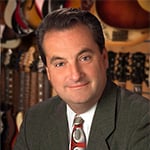 Under Allen’s leadership, the Seminole Tribe of Florida acquired the Hard Rock brand in 2007. Since its founding, the Hard Rock brand has globally expanded to include more than 250 locations. This was the first time a North American Indian tribe had acquired a major international company.

Allen has been working in the gaming industry for the past four decades. He began his career in the casino industry in 1979, when he took a job working as a cook at Bally’s Park Place in Atlantic City. While at Bally’s, Allen entered its management training programme. During the 1980s, he served as a purchasing manager at Atlantic City Hilton.

During the 1990s, Allen worked for The Trump Organization, which has assumed ownership of Atlantic City Hilton. He later went on to serve the company as its Vice President of Operations.

During 1995, Allen held a position at Mohegan Sun as its SVP. He left the company in 2001 and stepped into his current role as Seminole Gaming’s CEO.

The expansion was part of a larger $2.2bn investment programme that included updates to the Seminole Hard Rock Hotel & Casino Tampa.