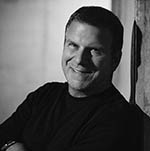 Tilman Fertitta is a businessman who serves as chairman, owner and CEO of the gaming, hospitality and restaurant corporation Landry’s. Fertitta founded Landry’s in 1980, growing it into a chain spanning 35 states and the District of Columbia. Landry’s is just one of Fertitta’s many business ventures, in industries as varied as construction, sports and investment.

Starting from just two Houston restaurants, Fertitta grew Landry’s into a corporation with 58,000 employees, operating more than 600 locations across the US, including casinos, amusement parks, hotels and restaurants.

Fertitta was elected to the Texas Business Hall of Fame in 2004. In 2009, Fertitta was appointed to the University of Houston System Board of Regents.

Fertitta launched his own construction business in the 1980s, which built the Key Largo Hotel in Galveston, Texas in 1984. During this time, Fertitta also purchased two Huston restaurants from the Landry family – Landry’s Seafood and Willie G’s.

Fertitta bought out the Landry family’s holdings in 1986, became CEO of Landry’s and brought the company public in 1993.

In 1999, Fertitta became one of the first investors in a new NFL team, the Houston Texans, which played its first season in 2002.

Landry’s Restaurants purchased the Golden Nugget Las Vegas in 2005, which forced Fertitta to sell his stake in the Texans in 2008 because of an NFL rule forbidding any team staff member from being associated with gambling.

During this time, Landry’s had grown exponentially, running 500 restaurants across the United States. Fertitta then bought out all shares of Landry’s in 2011, becoming the sole owner of the company.

From 2016 until 2018, Fertitta became the star of the CNBC reality TV show Billion Dollar Buyer. In 2017, Fertitta purchased the Houston Rockets NBA team.