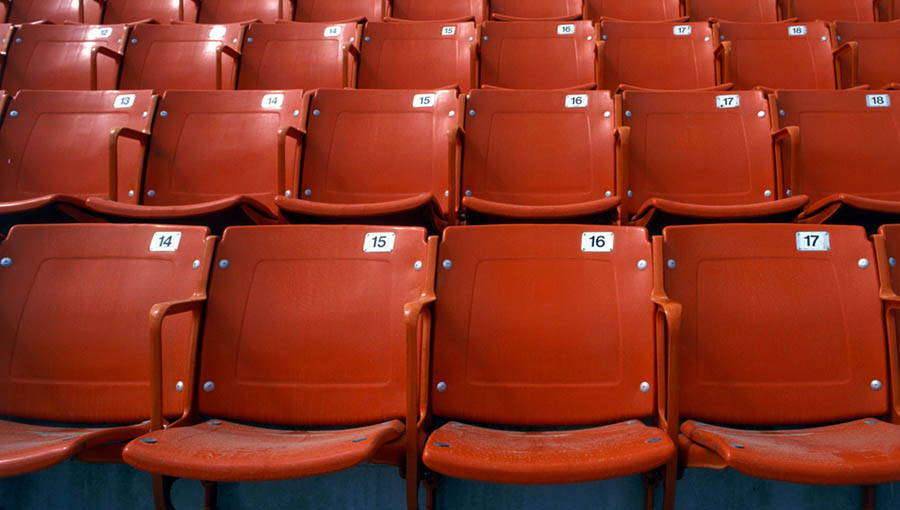 The routine checks were made. FC Slutsk had beaten their fellow Belarussian side, Shakter Soligorsk, 2-1 in a friendly. The winners confirmed in a statement in Russian that the match had taken place. There was a report of the game on Shaktar’s website. So Celton Manx – based on the Isle of Man – who operate SBOBet, paid out.

It was a decision that cost them thousands. They had been the victims of the 'ghost game', a disturbing new football scam which threatens the bookmaking industry and involves organised crime, hacking and even murder.

The Belarus FA reported the game to the police and UEFA, the governing body for European football, and both are now investigating. Shaktar believed their website was infiltrated by the orchestrators of the ghost game, publishing the details of the defeat by the odd goal. Celton Manx is also looking at how it could have been fleeced.

There are two types of ghost game. Either the match takes place but with two sets of fake players or it doesn’t at all. An example of the former came in 2009 when Bahrain beat Togo 3-0. The problem being that ‘Togo' were not Togo at all, just a collection of chancers. The con is possible due to corruption involving the data companies that provide bookmakers with fixture and result information.

“It’s cleverer than match fixing," says Fred Lord, a former director at Interpol who now heads anti-corruption and transparency at the International Centre for Sport and Security (ICSS), a sort of would-be police force for world sport. “They don’t need to pay referees or players. But it’s sophisticated and although fixing is the greater problem, this could be on the rise.”

Scott Ferguson, a betting industry consultant with a wealth of experience, including a spell as a former pro punter, explains the anatomy of the crime which has its roots in the mafia. “The data feed providers pay live match scouts around $50 per match, obviously varying around the world,” he says. “For untelevised, unreported matches, it doesn't take a Rhodes Scholar to know that such a match can be worth far more to a fixing gang than to the scout.

“When there is just one data source for a match, the scout has complete control of the information feed – the score, the stats (such as corners), the clock, how fast all this information is transmitted, or even if the teams turned up. The headline stories are the ghost games but there will have been plenty of obscure matches where goals magically occurred a minute after several large bets were placed, or the corners count was out by two or three but with no other source to verify it against. This is believed to be a motive for the murder of the Chinese students in Newcastle a few years ago.

“The only way the feed provider will know corruption is occurring is when they hear back from their clients, the bookmakers, who can smell something fishy from miles away. If proven, scouts will be sacked immediately but if they aren't actually corrupting an event, are they actually committing a crime? That's debatable in Britain let alone in Belarus or Portugal where recent ghost games have been identified. And naturally, the scout will know to bite the hand that feeds them will demand a high price tag with the criminal gang.”

Will Wilde, head trader at Football Form Labs, a provider of football analysis software and a professional football gambling syndicate, is wary of the cost of a ghost game. He spends hours tweaking his spreadsheets and algorithms to make his clients money. One rogue game can throw it all out of kilter. “Diligence is key,” he says. “We use multiple data sources to ensure that we don’t bet on ghost games. As we stick to the main leagues it is near-impossible that a ghost game could occur.

“SBOBet are a huge bookie and their risk management software would have alerted them to more bets than usual being placed on the ghost game. They appear to have done some due diligence on the game and kept the markets open when they could have suspended all future bets.”

One SBO football trader, who is based in Asia and did not wish to be named, said: “I really don't understand why any bookie would want to offer a Belarussian friendly. I wouldn't even want to offer a league game there. Any company, in any industry, would have to think seriously before doing business in Belarus but bookies don't. This leaves them open to exploitation. I remember joking with some colleagues in the office in the late 1990s about offering fake matches on the ‘Guatemalan Premier League’ for Chinese clients to bet on. It's not a big problem, I'm guessing that there's only been a large handful or so. It is embarrassing though.”

It's too simplistic to stay bookies shouldn't offer so many matches or they should only bet on events which are televised. It's about as realistic as expecting politicians to tell the truth or keep election promisesScott Ferguson

A “handful” of ghost games in four years is hardly an epidemic, though. Football betting is a sector which sees bookies cover as many events as possible with minimum liability levels. They want to service the recreational punter who bets small, frequently and preferably in accas. But it would be a dereliction of duty for the industry to ignore the problem.

One of the most obvious solutions is for bookmakers not to take bets on such minor games. When there is such thirst for the biggest leagues in the world, like England’s Premier League, La Liga in Spain or Serie A in Italy, it seems greedy for bookies to be trying to tempt gamblers with matches that even they know little or nothing about.

“The instant reaction for most readers when learning about FC Slutsk’s ghost game is ‘why would someone be betting on a friendly match in Belarus?’,” says Wilde. “The reason is that bookmakers are always competing to offer as many markets as possible on as many matches as possible. Football doesn’t sleep. At the time of writing there are six games to bet on in-play with SBOBet, including an international friendly between Macedonia Under-17s v Slovakia Under-16s.”

The SBO insider said industry competitiveness was to blame for the problem. “Everyone is paranoid that a rival bookie will have an edge by offering more matches, more markets etc. So very few bookies are willing to say no."

Lord, of the ICSS, wants stricter regulations, starting with the vast and unchecked Asian market. “Gambling globally has to be legalised,” he says. “Then you can get a handle on these things and root out the protagonists.”

“Licensed bookmakers have very good defence mechanisms against scams like these,” Ferguson adds. “Maximum bets from new accounts or punters who have never spent more than ten quid sets off alarm bells quickly. There is corruption in sport, that's just reality, so bookies just ensure that losses incurred on one meaningless game where they've never heard of the participants don't cost more than a tiny percentage of the day's trade.

“It's too simplistic to stay bookies shouldn't offer so many matches or they should only bet on events which are televised. It's about as realistic as expecting politicians to tell the truth or keep election promises.

“In recent years, the industry has moved from loose to quite stringent regulation. The compliance requirements for UK bookmakers now are considerable, and all suspicious betting activity must be reported to the Sports Betting Intelligence Unit of the Gambling Commission. All service providers also need to be licensed, as of 2014. The next step is tighter controls on data providers, whether it is done voluntarily or thrust upon them. Bookmakers certainly won't put up with this problem continuing, and particularly growing. Pressure from them on their suppliers is likely to be the most effective measure.”