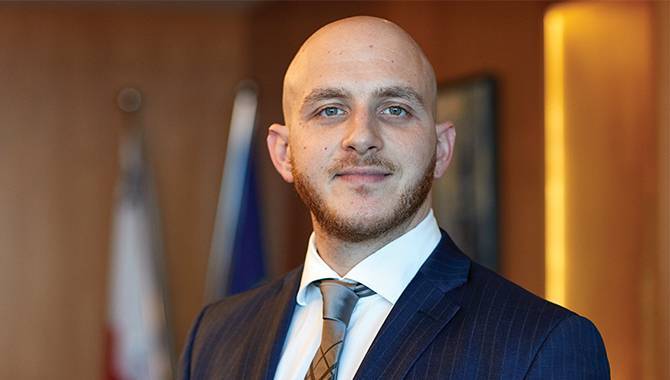 After over six years with the Malta Gaming Authority (MGA), Carl Brincat was made MGA CEO in January. The appointment took place following a public call for applications in December, with Brincat succeeding Heathcliff Farrugia, who became CEO in 2018 and announced he wouldn’t renew his tenure in November 2020. A lawyer by profession, Brincat previously served as the MGA’s chief legal & enforcement officer and declared his honour at stepping into the position at “such a critical juncture for the MGA and industry alike”.

At the time of his appointment, Brincat said: “I am proud of the work that has been done by the Authority so far in raising regulatory standards and committed to ensuring we continue along this path. However, it is essential we cultivate stronger partnerships with other regulators and stakeholders, and the industry itself, to achieve a regulatory environment that accomplishes the MGA’s objectives as set out in the law in the most effective, transparent and proportionate manner.”With such an important role to play within gaming regulation, Gambling Insider caught up with Brincat, discussing how Malta has changed from a regulatory and business perspective, as well as the impact of the Covid-19 pandemic and the CEO’s future goals.

How has Malta changed from a regulatory perspective?

The past few years have seen significant changes in the regulatory framework in Malta. It has already been almost three years now since we changed the entire legal framework in 2018, but that was a watershed moment that introduced systemic changes to how we regulate, with our processes naturally following suit in changing as well. The regulatory objectives have remained constant and clear, and therefore the focus has remained on ensuring gaming is free from crime and that the players are safeguarded. However, gaming regulation has continued to develop as the industry itself changes, and as other legal obligations, such as those related to anti-money laundering and data protection, become increasingly important in how the industry operates. The intersection of the various legal frameworks necessitates constant tweaks to regulation.

How has Malta gaming changed from a business perspective?

As compliance costs continue to increase for global operators, the industry in Malta has seen a lot of mergers and acquisitions to achieve greater cost-efficiencies and economies of scale. Although the industry remains one of the most dynamic and innovative, we have also seen that as the industry continues to mature, a certain level of stability is sought and corporate governance structures become increasingly more important, as operators know it’s only by being well-governed and compliant that they can ensure sustainable growth.

Would you say the MGA has had to adapt to the changing industry in recent years?

Yes, when the industry changes it’s only natural that the regulator must change in turn, to keep the pace. We have moved, and continue to move, towards further digitalisation of our processes and of the submissions that we require of our licensees. Moreover, with new and more complex financial structures taking an interest in the sector, our capacity of understanding them to ensure that our checks are tailored in such a way as to achieve, in the best manner possible, our regulatory objectives, has required constant change within the MGA; and I don’t foresee that slowing down in any way. Rather, we want to accelerate our continued growth as a regulator to strike the balance between being sufficiently rapid and flexible for such a dynamic industry, while at the same time never prejudicing the rigour of our checks.

Where do you see Malta’s standing now as a gaming licensing jurisdiction, compared to other jurisdictions globally?

The multitude of gaming markets found across the globe inevitably gives rise to different regulatory frameworks to address the needs emerging from such diverse markets. As a consequence of this, the particular circumstances of a jurisdiction will entail the exercise of different regulatory approaches. The MGA acknowledges this and has had the opportunity to collaborate with other jurisdictions, with the goal of furthering the dissemination of knowledge and expertise. This has enabled the MGA to learn from its international counterparts and implement the knowledge garnered as a result of such collaboration in its practices. Along with other initiatives being taken throughout recent years, this learning process has enabled Malta to continue being a jurisdiction of choice for operators, while ensuring a reputable regulatory framework.

How has the Covid-19 pandemic changed things in Malta and has it made any changes for the long term regarding business and regulation?

The industry is one of the sectors that, in light of it being very technology-driven, has adapted very well to the challenges of working in a Covid environment. As much of a disruptor as the pandemic has been, and continues to be, it has also been a driver of change and has required the rethinking of certain processes and work practices that were perhaps the result of legacy decisions, but could be done away with in the modern age. At the MGA, it served as a wake-up call on certain practices we had in place that were not conducive to the digital submission of all information, and we started implementing changes on that front.

These changes will be long term, as the restrictions that had to be put in place because of the pandemic served to challenge practices and to educate us on where we can improve. The same can be said for business, which has also gone through forced growth in this sense, including with the introduction of increased remote working. Although when things get back to normal, it’s more than likely everyone will want to go back to the office; lessons learned about the effectiveness of a certain element of remote and flexible working will most likely be retained, which will allow greater freedom for many employees to better fit their work within the framework of their personal commitments.

Where do you see Malta gaming in a further few years?

With the combination of the MGA’s commitment to continuously improving as the regulator of the sector, and Government’s commitment to ensuring Malta remains an attractive and competitive place of establishment for the gaming industry, I can only envisage that the industry will continue to thrive in Malta. The various stakeholders all have a mutual end goal, namely that the industry grows in Malta in a compliant and sustainable manner.