The igaming jobs market is running at full speed in 2021 and according to Julian Perigo, managing director at leading international igaming talent acquisition firm Boston Link, don’t expect it to slow down any time soon 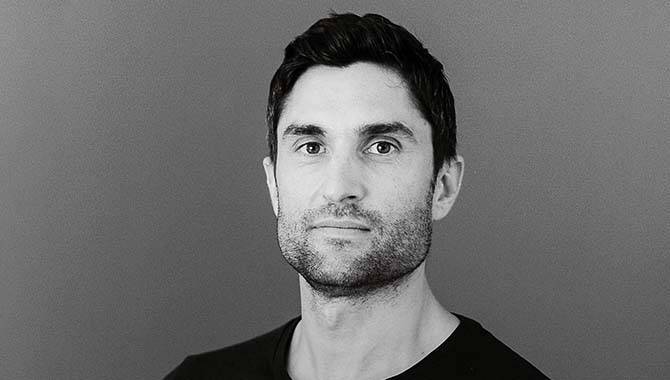 It’s hard not to feel fortunate in Malta. As the rest of Europe battles with harsh winter weather, strict lockdowns and stubbornly high Covid infection rates, Malta resembles something very close to normal. Schools and offices are open, restaurants are busy and the sun, as always, is shining. Malta went into the pandemic in stormy conditions but looks to be emerging with a fair wind.

Yet only 12 months ago there was a growing sense that the good times were over. A rapidly rising cost of living was affecting quality of life and driving talent away from the island; Moneyval and the looming possibility of EU grey-listing was making it increasingly difficult to open and operate bank accounts. Promising new sectors such as blockchain and AI were not materialising as hoped either.

A year on and there is a feeling of renewed optimism that many would not have predicted. If it is possible to have a good pandemic, Malta can make that claim. The Government seems to have got the balance right between the public health priorities and supporting the economy. And with the vaccine rollout in Malta, the fastest in Europe, the island looks primed to bounce back.

Indeed the European Commission recently suggested that brighter days lie ahead, with a 4.5% growth forecast this year. And by 2022, Malta’s economy is predicted to expand by 5.4% – again the fastest growth in the EU.

As a specialist recruitment company headquartered on the Maltese island, this is certainly matching our own experience on the ground. While during the first lockdown in 2020 we saw a 25% to 30% decrease in the number of jobs available, in recent months, the number of new job mandates are consistently above pre-Covid levels.

We’re seeing a particularly resilient jobs market in the igaming industry, which seems to have been largely unaffected by the pandemic. Existing MGA-licensed businesses are expanding and despite any travel restrictions, new operators are continuing to come to the island. Igaming is a significant contributor to the Maltese economy and accounts for

15% of Malta’s GDP, and that’s a major reason why confidence levels in Malta seem to be considerably higher than in other locations.

The unprecedented change this year of how people work and live has presented many challenges to the igaming sector, not least of which in talent acquisition and retention.

Companies that have traditionally invested heavily in creating modern and cool offices for their teams have instead needed to develop remote working strategies that keep their teams bonded, and their people just as motivated.

We have noticed company benefits are evolving to reflect this. For instance, Friday beers and in-house chefs for lunch menus aren’t as attractive as they once were. Individuals are now looking for working from home (WFH) contribution costs, childcare cost support and increased flexibility. As companies recruit and retain people from new talent pools with newskill sets, realigning company culture to adhere to the needs of candidates has become extremely important.

Through our own analysis of igaming salaries in Malta for the annual Boston Link Salary Survey, we have observed higher salaries for certain positions at the executive level, particularly in finance, legal and compliance. However in general, salaries have remained stable throughout 2020 and we do not expect any significant salary inflation throughout 2021.

As a small island with a limited talent pool, Malta has often relied on bringing in talent from off the island. With the switch to remote working and travel restrictions, companies now have to decide whether to hire locally in anticipation of employees returning to the office, or whether to increase their options by hiring a more remote workforce.

It’s too early to say what the long-term impact of this will be for the Malta igaming jobs market. However, in the short term, there’s certainly more flexibility about where you’re based. We are regularly receiving instructions where candidates have the opportunity to be based anywhere, or at least anywhere within the same time zone. Clearly it’s beneficial for the Maltese economy for additional jobs to be created here, and Malta has always been quick to respond to opportunities and threats to its economy. This is no exception. In fact, we are seeing the Government taking various steps in 2021 to address some of these labour market challenges, such as strengthening and sustaining the number of women and people with disabilities in the labour market. We’re also seeing efforts to up-skill or even re-skill the Maltese workforce.

Robert Abela, the Prime Minister of Malta, also recently announced an interest in turning Malta into a digital nomad destination. The aim of this digital-first initiative, led by Nomad Digital Europe, is to attract and retain top tech talent to the island to support the igaming ecosystems. While such changes aren’t largely deployed yet, we expect these initiatives will make Malta even more attractive for employers and employees in the igaming industry.

For now, while business leaders are asking questions about the future and the long-term impact of Covid-19, organisations in Malta are heavily investing in top talent to support the work of igaming; and that is surely a positive for Malta and the industry.