Gambling Insider brings you our top gaming industry stories from Asia this week, including Wynn Resorts, MGM Resorts, The Star Entertainment and more... 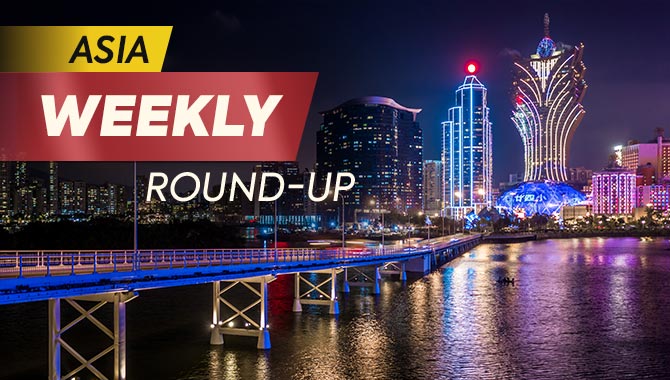 Wynn Resorts’ revenue from Macau totalled $75.2m and $40.4m at Wynn Palace and Wynn Macau respectively in its Q3 2022 report. Wynn noted that its casino operations at both properties were closed for 12 days in July 2022, as a response to an outbreak of Covid-19.

Staying in Macau, Galaxy Entertainment Group (GEG) has reported revenue of HKD$2bn (US$254.8m) for the third quarter of 2022, a 52% decline from the prior-year period.

The total is also a 16% quarter-on-quarter decline, with the operator noting that revenue continues to be impacted by Covid-19 and travel restrictions.

MGM China has announced a loan agreement has been entered into with its parent, MGM Resorts, for an amount of up to $750m.

Agreed on 10 November, the loan will last for two years, by which point MGM China must pay its parent company back at an interest rate greater than 4% per annum.

MGM Resorts will provide its subsidiary with the loan for “financial assistance,” as the company’s Macau-based properties struggle in what continues to be a poor economic environment.

The appointments of both Page and Thornton are a continuation of an advised board renewal programme after the operator fell afoul of regulations.

Both Page and Thornton follow previous board appointments, including Anne Ward and David Foster, who were installed as non-executive directors on 15 August 2022.

Former CEO of the now-defunct junket Suncity, Alvin Chau, has denied asset management projects in mainland China had any link to the settlement of player debts owed from under-the-table betting.

Suncity has been accused of running under-the-table betting in Macau, and laundering debts and profits through companies registered in mainland China.

These companies, known as multipliers, work by multiplying the face value of a player’s bet shown on a table for play and bet settlement.

In an exclusive interview with Gambling Insider, Jason Ader had more to say on the Kazuo Okada – Okada Manila saga.

“Kazuo Okada was arrested just a couple of weeks ago and his arraignment was last week. I do have faith in the Philippine judicial system and his trial will be ongoing for an unknown length of time. The issue with Kazuo Okada was never an ownership issue.

“Okada was reappointed to the Tiger Resorts Leisure & Entertainment (TRLEI) board of directors, and to my mind, he has not attended one meeting since he was granted his Status Quo Ante Order (SQAO).

“Universal Entertainment owns over 4 billion shares of stock in TRLEI whereas Kazuo Okada has just one share. One share vs 4 billion? This has never been an ownership issue but a management dispute.”