Analysis: US marketing approach must learn from Europe’s mistakes

In the last year, we have seen operators partner up with franchises from across various US leagues. Fox Bet signing with the Philadelphia 76ers is one of the more recent examples. Even the leagues themselves have been bringing sports betting operators on board for what appear to be mutually beneficial relationships. So what are the parties getting out of the deal and are lessons of excessive marketing in Europe being ignored in the US? 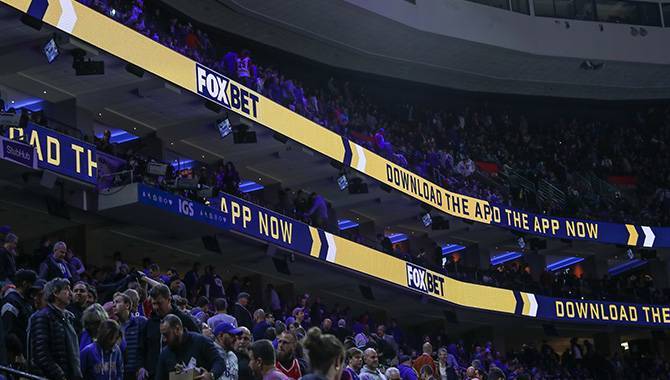 For most operators, the goal is exposure. Fox Bet branding will be seen on courtside and LED signs around the 76ers’ home stadium. The team’s traditional, digital and social media assets will also be at the disposal of Fox Bet. The Stars Group-owned company will show replays on the 76ers’ Twitter account and become the Presenting Partner for the basketball team’s radio game broadcast. That is plenty of platforms for Fox Bet to further push its branding.

DraftKings, FanDuel and William Hill have all already partnered with the NBA, as has Fox Bet. The same four operators are also working with MLB. On the surface these deals make sense. The fee operators are paying will boost revenue for the leagues and franchises, more content will be generated based around wagers and leagues may even be able to grow their fan base through betting.

But will the franchises and leagues regret the decision to allow this level of advertising? It appears the US sports landscape is not learning from what happened with sports betting marketing in the UK and Europe.

Your average sports viewer in the US will probably be a fan of at least two different teams from two different sports. In some cases, the fan will support more teams than that, in others perhaps just one. But either way, they will begin to notice a change in the advertisements around stadiums and sports in general. Logos of operators will line courts, fields and rings; their names will flash on scoreboards. This could, as it did in the UK, wear down the audience to the point of complaint and, just like that, the negative perception of gambling transfers to a new country.

Then we move on to the recurring issue of integrity fees. It may eventually become more publicly known that leagues like the NBA and MLB are continually pushing for a percentage of operators’ revenue in exchange for use of their official league data. Those well-read on industry news will remember stories from the summer where the leagues were accused of using their relationship with data supplier Sportradar to further leverage operators into paying integrity fees.

The overall perception from the industry on integrity fees is unified and clear; they are ridiculous. I spoke with William Hill US’ Joe Asher and Boyd Gaming’s Keith Smith, two CEOs with roughly 60 accumulative years of sports betting experience, about the matter. Both men scoffed at the notion the decades of sports wagering that have already happened in Las Vegas were done without integrity.

When this news becomes more commonly known, it may add to the crescendo of gambling advertising and push people to complain and force change. It is no stretch to imagine the public accusing the leagues of being greedy for revenue and taking it from whichever source they want, regardless of the industry or value in consideration.

What would be the final straw? In the UK, for example, broadcasts of the 2018 World Cup were plastered with operator adverts. This all led to the whistle-to-whistle ban, with operators volunteering to keep their broadcasted advertisements away from TV screens until the watershed. The value of repeated TV ads, especially to already-established global operators, is debatable. Marketing methods can be segmented and designed to target more specific demographics online, where most advertising budgets are now dedicated.

Further east in Europe and the outcome was more severe; Italy imposed a blanket ban on all sports betting advertising this year. Will the US land somewhere on this scale or will it figure out too much advertising can be a bad thing? We will have to wait and see but, for now, franchises, leagues and operators show little sign of slowing down.