Paul Sculpher, co-director of Gaming Recruitment Solutions, looks into the role of of­ online casinos in a rapidly evolving gaming landscape towards digital solutions, and how it’s affecting employment trends. 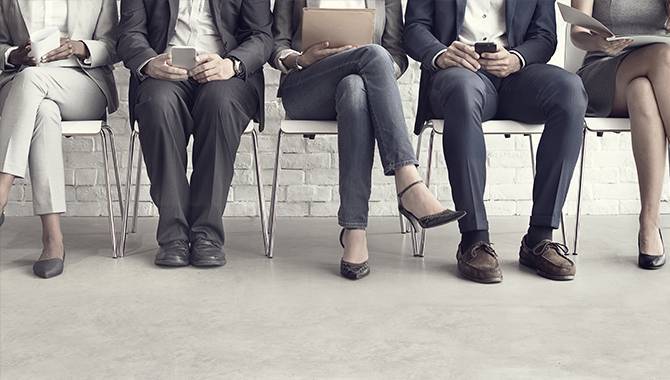 Paul Sculpher, co-director of Gaming Recruitment Solutions, looks into the role of of­ online casinos in a rapidly evolving gaming landscape towards digital solutions, and how it’s affecting employment trends.

If we go back roughly a million years to January 2020, you’d be hard pressed to find anyone with a positive outlook for offline casinos as an industry sector. Sure, there are exciting opportunities in places like Japan (which also seems to have beengoing on for aeons) and Korea, but in most other markets, there’s very little reason for optimism. The combination of increasingly exacting AML standards, a more progressive Responsible Gambling regime and the rise of online gambling combined to make offline casinos very much the old hat of the industry, compared to the shiny new toys of online in all its forms.

Fast forward to today, and there’s obviously another giant spanner in the offline works in the form of COVID-19 damage, which, apart from the global misery it has caused, has laid low virtually every offline casino operation in the world. In some jurisdictions, casinos have re-opened, with trade generally reported as various degrees of “not as good as it was before”, but plenty are still closed. There’s some cause for optimism once sites do re-open though. One of the earlier operations to restart was in the Czech republic, and I spoke with Colin Stewart, the director of gaming (Europe) for FEC, the owners of casinos in that country. He was cautiously optimistic, saying “we lost out on three months of revenue but we are now back to last year’s numbers or better”. He is aware that they’re not out of the woods though, adding, “We’re on a bit of a tightrope. If any of the Czech, German or Austrian borders close, we will struggle as we depend on cross border trade.”

Plenty more operators are on tenterhooks with regard to the eventual re-opening – or in some cases, fearing a second closure of their facilities. In the UK, as many of you will know, we were all set for a re-opening on 1 August (having previously hoped to be included in the raft of re-openings on 4 July) but an 11th hour U-turn put them back in limbo until 15 August.

The industry trade body is quite rightly infuriated over both the blatant unfairness of the situation (given the hard work and investment operators have put in to make their sites as safe as possible, and you could argue safer than pubs and restaurants) as well as the paralyzing unpredictability. Comments such as those from the Welsh first minister – laughably likening casinos to nightclubs and simultaneously demonstrating that he hasn’t been in a casino for 15 years or more – aren’t helpful either, and further underline how the casino trade, for all its employment and tax revenues, isn’t really on the political radar.

Huge sums will have been wasted on food and drink stocks, which will spoil, and bringing staff off the government funded furlough scheme only to plop them back on it. The operators’ and BGC’s cries of how much furlough money is being wasted, as well as how much gaming duty is being foregone by the government, don’t seem to have made much difference as yet, but the casino industry isn’t one that’s high on the list of public perception to protect. What about the croupiers?

The threat of mass job losses is hardly an empty one, however, with at least six casinos already closed permanently, and job losses across the business reportedly already into four figures, with the major operators taking pre-emptive action both with site closures and with stripping out staff numbers from sites they’re hoping will re-open. More delays will mean more closures, and it’s hard to imagine that many countries will get away without some job losses in their offline business.

It’s not the traditional target for many people at gaming staff level, (including me when I was dealer) but cruise ship casinos aren’t a re-assuring backup option any more either. While there are some gentle stirrings in the industry – I note that MSC cruises are re-starting on a very limited basis in mid-August – there have of course been mass redundancies and contract cancellations, and no doubt the first wave back will both involve sharply fewer staff than before, and be focussed on team members who have been regular employees for years.

So how does this affect recruitment? Well, while GRS Recruitment had moved into sourcing staff as well and management and exec roles, the staff side is currently pretty well doornailed, and we don’t expect that to change any time soon (except in new jurisdictional opportunities like Ukraine for example). As far as the rest of the industry goes from a recruitment point of view, while it isn’t quite business as usual, there is always churn at management levels, and whenever there is change there will be recruitment needs.

Office manager might not be a job to be training for in the future if there aren't going to be any offices, but having just filled one MD role last week for a major UK operator and with another in process, it's clear the wheels keep on turning. A change in environment brings a change in management priorities, and often a change in personnel.

With other imminent COVID-19 related changes in mind, we know of at least one large casino company planning to do away with the concept of a head office at all, which, given the surge in take-up and effectiveness of working from home, makes complete sense. Office manager might not be a job to be training for in the future if there aren’t going to be any offices, but having just filled one MD role last week for a major UK operator and with another in process, it’s clear the wheels keep on turning. A change in environment brings a change in management priorities, and often a change in personnel.

We’ve certainly noticed a shift in the middle management roles within casinos – shift managers and site GMs – leaving the industry. Obviously right now that’s a tough road to travel, with the rest of the hospitality sector in barely better shape and re-training required to switch sectors. It’s not quite a carrot and stick situation, with the perceived throttling of the gambling industry and devaluing of the job by those legislative measures to reduce the role to constant interactions as the stick, and redundancies and lack of future opportunities the bigger, scarier stick. But it’s a clear trend, with some very talented people being part of it. I’ve written previously about the quality of many casino operational managers and their value in other industries, but I guess if you’re in that cohort and looking for a change, now’s the toughest time of all to be looking to break into a new sector, whether online gaming or something totally different.

Speaking of online, while migration of employees from offline to online has historically been limited, there’s the question of migration of players, given there haven’t been any offline options in which to bet. I spoke with Alun Bowden, senior consultant at Eilers and Krejcik Gaming, about how this has impacted the online sector. “There’s been a high volume of new player acquisitions post-lockdown, which is now tailing off as we head into August, and the age profile of these has been trending older than you’d typically see at many of the brands,” he said. “The implication from this is some land-based migration, and that has undoubtedly been the case to an extent as shops and casinos were shut and there was no other option. In that context revenue growth hasn’t really been that high. How sticky those players are remains to be seen, although there is some early evidence of relatively low churn. What I would caution against is assuming short-term trends driven by truly exceptional conditions are the new normal, or even that there’s been a step-change in land-based migration at all as opposed to an understandable shift of spend in a period where most leisure spend options and all land-based options were massively restricted. And let’s not forget the looming recession.”

Poker is an interesting case too, with a steep increase in action delighting many of the old hands and semi-professional grinders. But as Alun points out, that action has tailed off sharply, suggesting a lot of it was replacement sports betting spend. Perhaps it was largely long-term losing players looking for entertainment, and with very limited sport to bet on, then poker was the next most exciting accessible option.

Returning to the offline vs online casino line of thought, Alun adds, “[Online] casino does feel most ripe to capitalise on all this momentum not least around live casino, but there should be some caution around assuming player motivations and UX is sufficiently similar to see a mass migration here. Also it’s worth remembering how relatively small the UK casino sector is. Even capturing 100% of that spend would only increase the online casino market by around a third.”

That last stat is a sobering one for offline casino old hands, especially when considering a third of the UK industry is or was the top end of Mayfair trade, which is relatively fickle with their gambling choices. If it wasn’t clear enough that the offline industry is in a tenuous position, the concept of a hundred years of progress has been overtaken by a factor of 300% by online casinos in a couple of decades should cement it in many minds. That’s not to say there aren’t offline opportunities both for ambitious people and for canny potential operators, but it feels like the talk we’ve heard for many years of opening up the UK casino industry to bring casino participation into a double digit percentage number won’t be heard again for a while. The preponderance of other gambling options and difficulties with legislation are going to mean opportunities are local, not national.