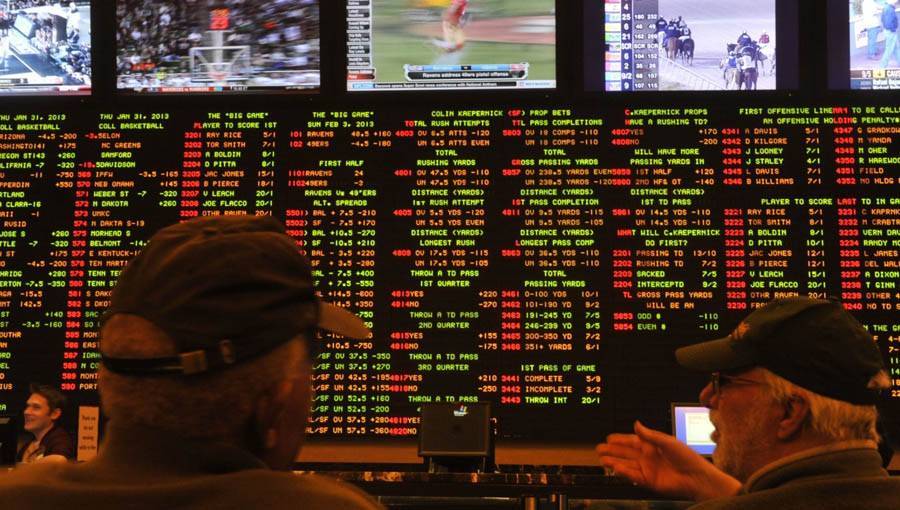 ﻿Do we really think that introducing legalised sports betting will mean more teams, players and coaches will be looking to ‘cheat’ in order to make material profit? And is an integrity fee the answer? Gambling Insider delves deeper

The recent, ground-breaking repeal of the federal ban on sport wagering by the US Supreme Court has opened potential floodgates for individual states to legalise sports betting.

Those moves have already started, with Delaware becoming the first state to make the move on 5 June, just weeks after the SCOTUS verdict brought about by a lengthy legal battle instigated by New Jersey lawmakers.

However, simmering away in the background have been calls from the major US leagues (NFL, NBA, MLB, MLH) for an ‘integrity fee’. In a classic piece of marketing spin, the leagues are calling for a significant slice of any potential sports betting windfall, and dressing that up as ‘integrity’ when in fact it’s all about their branding.

MLB and NBA have been most vocal, calling for a 1% cut of the handle – the total value of all wagers placed on their sports. This notion reared its head when added to legislation in Indiana by Representative Alan Morrison, who admitted to ESPN that he had ‘received input’ from sports leagues including the NBA and MLB.

There is a lesson in numbers here from Nevada, one of the few states where sports betting was already legal prior to the SCOTUS ruling. In a ten-year period, Nevada sportsbooks took $22.5bn in bets but posted revenue of ‘just’ $938m, which equates to a little over 4%. Suddenly, a straight 1% off the top of that figure is looking like a 25% hit for sportsbooks.

NBA spokesman Mike Bass said: “Sports leagues provide the foundation for sports betting while bearing the risks it imposes, even when regulated. If sports betting is legalised federally or state-by-state, we will need to invest more in compliance and enforcement, and believe it is reasonable for operators to pay each league 1% of the total amount bet on its games to help compensate for the risk and expense created and the commercial value our product provides them.”

That looks like a one-sided view from Bass and the NBA. Yes, the leagues do provide something for punters to bet on, but that also generates more interest in those leagues for spectators. And let’s face it, money is already changing hands illegally on sports betting, so regulation at least creates a degree of transparency and ability to properly monitor for any illegal activity.

Those US sports leagues are quick to point out that many other countries have such legislation in place – citing France and Australia, although details on those seem sketchy at best.

The fact is, if you take 20-30% of the total revenue away from sportsbooks operators then they simply won’t be able to compete with the illegal bookmakers. The illegal betting market in the US is worth a cool $150bn each year, and a legalised market is expected to attract at least similar sums. As they say in the US, “you do the math”. States are surely going to think twice about introducing an integrity fee that means they are going to receive less tax dollars as a result, especially when that integrity fee is most likely to be lining the already overflowing pockets of the leagues and billionaire team owners.

Let’s look at another global sport for a second, and one which is no stranger to integrity issue – tennis.

The TIU is entirely funded by the governing bodies of professional tennis. The ATP and WTA each contribute 25%of the total budget, with the ITF and four Grand Slams each responsible for a 10% share. For 2017, the annual budget was set at $3.23m ($2.4m in 2016).The TIU budget for 2018 is $3.71m. The TIU receives no finance from betting levies or integrity fees. Since it was set up in September 2008, the TIU has grown organically from a three-person unit into one that now employs 17 members of staff. Its core business is dealing with betting-related corruption in international professional tennis. Players, coaches and anyone involved in the game abides by its terms and conditions.

According to the TIU, tennis is now one of the most popular sports to bet on. For millions of people around the world this is a legal leisure pastime, but for a minority it is a criminal activity that taints the sport. In combatting corruption the TIU has forged close and constructive working relationships with many of the most prominent global gambling regulators and licensed betting operators. This allows operators to report, in confidence, any concerns from unusual or suspicious betting on more than100,000 professional matches that are played each year.

All match alerts are acknowledged, recorded and assessed by the TIU’s Intelligence division and followed up by investigators where cases suggest the possibility of corrupt activity. In 2015, 246 match alerts were received. This figure rose to a high point of 292 in 2016. In 2017, there was a substantial overall reduction in alerts, with a total of 241.

So you see, here is an example of a global sport working with betting operators and gambling regulators for mutual benefit – helping to keep players honest and the sport clean. Surely that is what the NBA and other governing bodies should be striving for, and appreciating the assistance that the gambling industry can provide?

So far, it doesn’t look like the sports leagues are going to have much joy with an integrity fee, unless individual states decide to impose it as a makeweight in any agreement to offset any negative attitudes towards legalised betting. Only time will tell who the winners and losers will be in the integrity fee debate.