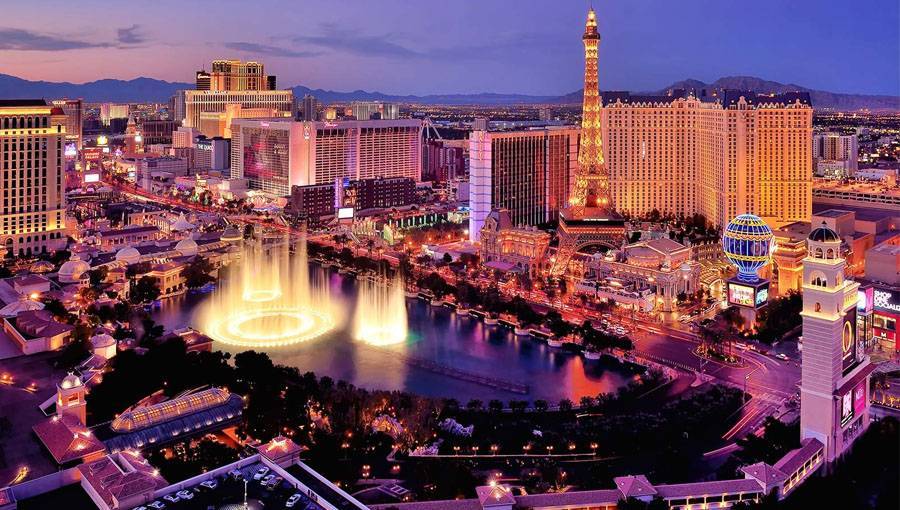 The casino gaming industry is one of the most dynamic sectors of business to work in. Gaming executives are engaged in a never-ending quest to find the magic formula that boosts their corporate earnings to the next level. Sometimes the speculations are glorious successes, while other times they’re horrific failures. And still other times, massive investments have to be made before the true extent of how bad an idea is can be revealed.

The newest approach that gaming companies are trying is using the real estate market to increase their revenues. Here I will give a brief overview on how the real estate revenue generation by casino gaming companies works and, the benefits and drawbacks associated with this method. Modern casinos are built as massive resorts often times covering scores of acreage of land. The property usage is divided into three major components, which are gaming, hotel and commercial uses.

The hotel part houses the guests, while gaming is reserved to games of chance; and then there is the commercial use of properties. While hotel and gaming uses are niche, the commercial uses of casino properties have almost limitless possibilities. Space for entertainment shows such as the Cirque Du Soleil are fixtures at all the MGM properties in Las Vegas. Many casinos also have five-star restaurants, with world-renowned chefs tailoring the menus, on the premises.

This also falls under the umbrella of commercial use.

The commercial use for a property that is the most prevalent in some of the newest casinos in Las Vegas and around the world is shopping malls. This trend was pioneered by Caesars Palace Forum Shops in Las Vegas that opened on New Year's Day 1992. In 1998 when the Bellagio opened, there was a section of the property allocated for a few high-end shopping boutiques.

In the early 2000s the Planet Hollywood property in Las Vegas opened and it included a large shopping mall that mirrored the Forum Shops at prices more affordable to the masses. When the City Center Complex opened in LasVegas in December of 2009, The Shops at Chrystals opened up as a part of the complex. It was owned by MGM and was the home of several high-end retail shops like Louis Vuitton and Prada. The trend of associating commercial space with casinos was in full swing by this time.

Caesers, Bellagio, Planet Hollywood and the ARIA resorts all retained ownership of the commercial space at their respected resorts. They would sign leases with various retail companies for periods of time as a means to generate additional revenue for the company. Every so often the leases would have to be renewed and, depending on the sales of the store, lease rates could be negotiated.

Sales made by a particular store were tied directly to the traffic rate of the property. A 30% occupancy rating at Caesars would reduce the traffic flow of patrons frequenting the Forum Shops thereby reducing the purchase conversion rate. In the financial downturn of 2008, the shop owners had tremendous leverage and were able to negotiate very favourable rates for extended periods of time. This leads us to a huge blunder made in this area by the LasVegas Sands Corporation.

CASTLES MADE OF SAND

During the worldwide financial crisis, the shops at the Venetian were having a lot of trouble getting any type of retailers to occupy their spaces on strictly leasing terms. This led the board to sell the various retail spaces outright, at favourable terms for the buyer. This had the effect of reassuring the purchaser because they were not tied to any long-term payments and they were able to instantly begin building equity from their purchase, which at the very least was acquired at a discounted rate.

With hindsight, it’s my opinion that the Venetian was not looking at the long term when it made this decision. The global financial crash of 2008 scared everybody, and as a quick, knee-jerk reaction the Sands wanted to get the red ink out of their books as quickly as possible.

As we moved beyond the financial crisis the recovery slowly started to take over, patrons began returning to Las Vegas as a vacation destination and companies were no longer sending minimal personnel to the various conventions held there. The stores that occupied the retail space started increasing their sales and the equity in the retail space started increasing dramatically. And because the Sands no longer owned the space they were unable to increase their revenue from lease rates.

The total revenue of the Venetian was not as high as similar properties because they were not making as much from their commercial leases. This forced the Venetian to squeeze the customer from other areas. The casino games that were being offered were set up so the casino’s hold percentage was higher than before.

Most of the slot machines were set to their highest hold percentages, many of the blackjack games on the main became 6:5 payouts, for a natural and, a triple zero roulette wheel was introduced on the main floor under the name Sands Roulette, this game gives the house nearly an 8% edge over the player. Prices of food went up dramatically and comps offered by casinos went down dramatically.

These types of decisions are much easier to make for casinos in this scenario because there are no other revenue streams to consider. When players are not burned out at the tables they often take that extra cash and purchase goods and services at the resort property. These include products from stores, meals from restaurants and tickets for shows.

For one player this is not a factor but for the millions of players that walk through a casino a year this is significant. Even if only a tiny fraction of the players spend money at the shops, restaurants and shows, it translates into millions of dollars in sales over the course of a year and causes the value of the leased property to go up. Another negative impact is that the casino can’t negotiate better rates for items that can be purchased with players comp points, because there is no financial incentive to do so.

In recent years almost all of the main resorts on the Las Vegas Blvd and downtown Las Vegas have started charging for parking, even to casino guests and players. They do not collect money from their patrons they merely lease out the parking structure for a term of several years to an operating company. The operating company then installs parking ticket machines, gates and payment machines. They merely collect the money over the years of the lease. Again here, gaming companies are thinking short-term and not realising the negative perception they are creating with their customers. Creating more and more cost barriers for a customer to get to your product has an overall negative impact on revenue.

As we can see from the cited examples, the casinos have been in the real estate business for decades. But because it was viewed as a 360-degree revenue stream the gaming company was utilising to feed the main profit centres of the resort, it wasn’t viewed that way.

We are seeing today gaming organisations partition a division of their company to strictly deal with revenue generating through real estate applications. In effect, they are selling off pieces of their company that feed other parts of their total revenue equation. The assertion here is that the money in hand that is used for reinvestment will exceed the revenue that would be attained from keeping the asset. But what it is doing is showing little faith in the management team and foreshadowing a market reduction. The resorts, at least in Las Vegas, have convinced themselves that they are convention-centred destinations and the companies attending the conventions are the ones footing the cost and not vacationers. This type of thinking turns gaming companies into a B2B operation rather than an entertainment industry. Will it work? Maybe. Operators have just recently come back to profitability, stopping nearly a decade trend of losses. And even so the profits were just marginal. So now it’s a waiting game to see how the markets will react.