The rise and fall of the 13 Hotel 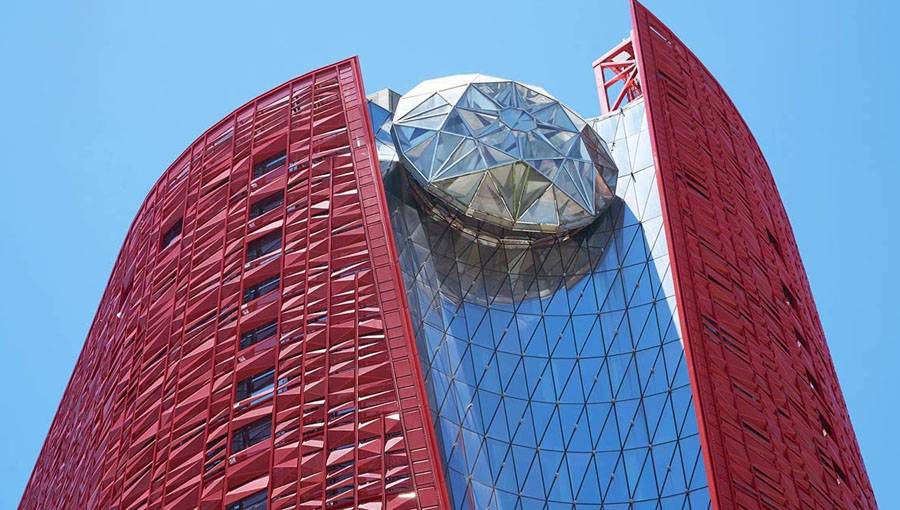 The 13 Hotel in Cotai, Macau is maybe the greatest hotel and casino that has ever and will ever exist... and yet its casino may still never open. The story of The 13 Hotel is one full of lavish spending on luxury goods and constant delays.

The 13 Hotel has seen its developers, The 13 Holdings Limited, change its name and its joint chairman and executive depart. But why does this behemoth project continue to raise additional funds and draw international attention? To put it simply, there has already been way too much money put into the development to see people just give up on it; like any true gambler, these developers are determined to not walk away from the table until they win, or run out of funds.

13 Holdings Limited just recently announced that they had filed for a name change to South Shore Holdings limited. A move which the developers are adamant is not to distance them from The 13 Hotel project.

Regardless of the name, the company is still a hospitality, entertainment and construction group and must see some return on its investment soon, or face additional rounds of funding through the issuing of new equity shares or opening a new line of credit.

At the start of this year in January, long standing board member, Joint Chairman and Executive Director of 13 Holdings Limited, Stephen Hung, did exactly that and cashed in his chips. Hung departed from the project which he was so closely aligned with, giving various reasons for his exit. Primarily it was the constant delays to the opening date of The 13 Hotel that forced his hand in the matter. The news of Hung’s departure from the development came just two days after the announcement of another delay to the hotels opening.

Furthermore fears have long since been rising over the concern of where the hotel would acquire its Macau on-site casino gambling license. Many believed that Melco Resorts and Entertainment would help supply The 13 Hotel with its gaming license, however, this rumour was debunked by the company’s chairman and CEO. Lawrence Ho Yau Lung was quick to point out that even if Melco wanted to supply a gaming license, The 13 Hotel would still need to first acquire Macau government approval to pursue casino gaming in their venue.

Commenting on the dangers of not acquiring a gaming license, Akiyoshi Tsuruoka, General Manager and Chief Editor at Gaming Capital Market, said: “The 13 Holdings Ltd has revised its opening date time and time again for the project. With the latest scheduled opening aim set for 31 March, as several previous deadlines declared by them have already been missed. Some of the investors will be worried about the gaming license which was supposed to be supplied by Melco Resorts and Entertainment Ltd or another Macau casino operator. This is therefore the greatest risk posed to investors.

“Generally, most of investment projects contain certain advantage and risk, and the 13 Hotel is no exception. But one of its prior unique advantages and attraction is that the group also announced the property’s gaming business with 16 VIP tables and 50 slot machines, however, I have to say that the series of delays will be a disadvantage for the investors along with the potential lack of a casino license.”

There is a light at the end of the tunnel with the Macao Government Tourism Office (MGTO) recently declaring that The 13 Hotel had finally requested for an inspection on 25 May. Not long after a 27 March filing by the company which stated a new opening date for the hotel would be 30 June, having previously declared in January that it would open on 30 April. The developers have now also stated that they aimed to have an operational casino in the hotel by 31 March 2019.

So what exactly is so unique about The 13 Hotel? Well first off, although you think you might have seen a luxury hotel before you are wrong. Genuinely nothing in the world compares to this development. From the $20m fleet of 30 customised Rolls Royces to the fact that the Pacaud family will be bringing their three Michelin star restaurant L’Ambroise into the fold through a partnership, there is nothing in the hotel which is not of the very highest most discerning taste.

Of course all these top range luxuries come at a price and herein lays the Achilles heel of the hotel. The developers have had to undergo several rounds of funding in order to continually secure the money required to continue on with the project.

Construction began on the estimated $1.4bn project way back in 2013, with a scheduled opening originally set for the end of 2016. But when The 13 Holdings Limited ran into financial trouble back in July 2016, it forced the development to announce its first major delay. And so began the cycle of new rights issuing to raise funds, accompanied by plummeting stocks.

The company’s stock prices began to tumble as more and more delays were announced, and additional rounds of funding began to make the investment appear less attractive.

This coupled with the fact that no casino licence has been secured is incredibly troublesome for the developers and investors, as drawing in large VIP clientele to their Macau property would be made far harder, if not impossible, without offering the opportunity for VIPs to gamble.

Yet it would appear that despite several years of plummeting stock prices, the hotel is still going ahead.

There will be no gamble ever recorded in the hotels casino, if it ever gets one, which will match the risk that the developers have undertaken to make their vision into reality.

However, the negativity surrounding the project is somewhat reminiscent of the days when Sheldon Adelson was ridiculed for building the all villa Venetian Hotel in Las Vegas. Adelson was constantly picked apart for his prediction that people would be willing to splash out on a trip to Vegas, but he went on to prove them wrong.

Perhaps the developers of The 13 Hotel, like any great investors, are simply so sure of their vision that they are willing to double and even triple down on it, having proven their own commitment through the sale of various valuable revenue generating assets, such as the Paul Y. Engineering Group. Having already sold off multiple assets and shares to help raise funds for The 13 Hotel; the project’s success is vital for the developer’s future survival.

One of the most notable sales of The 13 Holdings Limited includes the offloading of its construction subsidiary - Paul Y. Engineering Group. Established in 1946 and with various other projects in its portfolio, Paul Y. Engineering Group is one of the most prestigious construction companies operating in Hong Kong. In January 2017 it was announced that a 51.6% stake in the company would be sold for $38.4m in order to help The 13 Hotel with its funding. This decision led to the company’s shares dipping below the $1 mark.

Quick maths, currently it’s estimated that the projects construction costs $1.4bn for the 200 all-villa room hotel. That works out at roughly $7m per room. At a cost of $65,000 a night a room would pay for itself in 107 days of occupancy. That’s not a bad return rate, although missing the point of other costs and repayments; the business model itself is clearly too some degree sustainable. That is, if the market exists and it contains enough people willing to spend $65,000 a night on a hotel room, that isn’t collocated with a casino, in Macau.

The developers and investors will now have to wait until the 30 June to see how The 13 Hotel is received by the public and the VIP markets in Macau. But it will take far longer to see if this ambitious project is able to pay dividends to the newly named South Shore Holdings.