The road to and from sports betting in the US 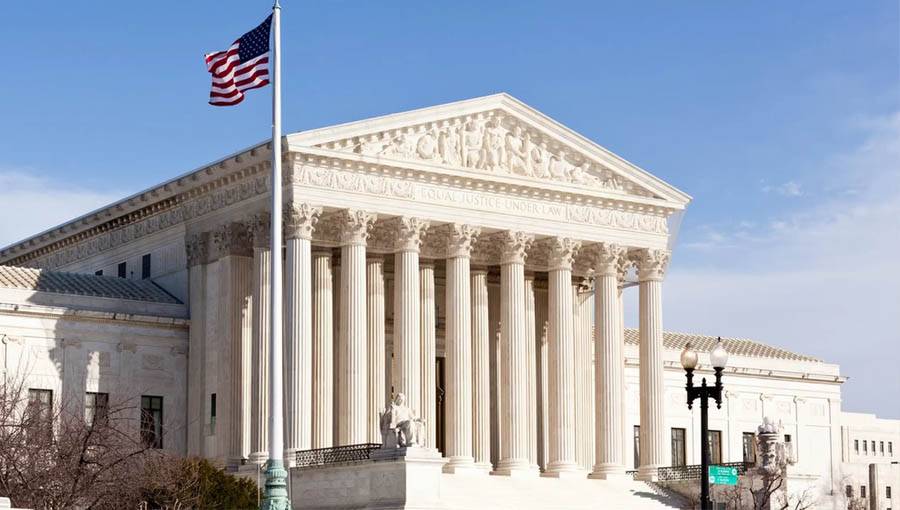 ﻿Nicholas G. Colon, long time veteran of the casino gaming industry, explains why those who were optimistic about the recent PASPA ruling are now reaping the rewards, and those who were not are playing a difficult game

The Professional and Amateur Sports Protection Act of 1992 (PASPA) or the Bradley Act, was meant to define the legal status of sports betting throughout the US.

Many were anticipating the overturning of PASPA by the Supreme Court before it happened in June, so it was no big surprise to anyone. It was only fitting that the first person to place a bet on the day the decision was handed down was Phil Murphy, Governor of New Jersey and a big advocate for the legalisation of online sports betting. Proponents of legalised sports betting have spent the last seven years fighting for New Jersey residents to gain the right to legally bet on games in their state. He placed his bets at Monmouth Park Racetrack, New Jersey’s first book to be operating. Murphy laid down two trivial bets. The first was a $20 wager on Germany to win the Fifa World Cup and another $20 on the New Jersey Devils hockey team to win the 2019 Stanley Cup.

The wagered amounts may have been small, but in the grand scheme of things, the bets represent a dynamic shift in the gambling world. They not only ignited sports betting in New Jersey, but also opened up new opportunities for sports wagering all across the country. The revision of the law reads: “Each individual state can decide on whether or not it wants to have sports betting.” This is a clear victory for sports betting advocates.

In anticipation of the legal victory, many Atlantic City casinos were making preparations even before the decision was announced. A temporary makeshift sportsbook at the Borgata Hotel Casino & Spa in Atlantic City was put in place until its brand new Vegas-worthy sportsbook, budgeted at $7m, would be ready to open just in time for the 2018 football season. It is set to be Atlantic City’s most famous and as close to a Las Vegas experience a sports bettor can get on the east coast. The Borgata’s facility had previously catered exclusively to horse bettors; but when it opens in the fall of 2018 it will take action on sports events from all over the world. Atlantic City’s two newest casinos; the first to open there in years, both debuted in June 2018. Ocean Resort and the Hard Rock opened with fully operational sportsbooks and began taking action as soon as the decision was announced. The overturning of PASPA could be the medicine to cure Atlantic City’s declining casino gambling customer base.

In the following weeks after the Supreme Court’s decision, sports wagering has already commenced at casinos and racetracks in Delaware, in addition to New Jersey. Pennsylvania, New York, Rhode Island, West Virginia and Mississippi have all passed legislation authorising sports wagering. Several other states have also introduced—but not passed—legislation that would allow some form of wagering on sporting events. It is estimated that 32 states will have legal sports betting within the next five years.

There is little doubt that many casinos and racetracks across the US will soon offer odds and take action on sporting events. There is also online wagering implications, which open up new opportunities in the realm of sport exchanges; where sports fans can wager and trade action in real time, similar to a stock market exchange.

The court’s decision has opened the door to what many are projecting to be a multi-billion dollar revenue stream, not only for casinos, racetracks, and sports pool operators, but also for a wide variety of technology and financial industry companies. These could include software developers, sports information services, data analytics, geo-location, identity verification, and payment processing companies that will play significant roles in the development of online and mobile sports wagering applications. The current estimates for annual turnover in US sports wagering is $400bn, rising to $800bn across the next five years. Then there is the new technology revenue that will support sports wagering online, which could exceed several hundreds of millions of dollars. From these estimates, sports wagering will have a significant impact on the states that choose to allow the activity, both in terms of additional tax revenues and increased economic activity.

PASPA was the major hurdle that had to be overcome to launching sports betting, but there are a few more challenges to follow. In particular, the Interstate Wire Act of 1961, a statute originally intended to deter organised crime and racketeering, continues to present a significant encumbrance to the development of sports wagering in the US.

The Wire Act essentially prohibits anyone “engaged in the business of betting or wagering” from using a “wire communication facility” for the transmission of bets or wagers, or “information assisting in the placing of bets or wagers” made on sporting events in interstate or foreign commerce. Courts have found the Wire Act does apply to internet communications.

The Wire Act contains a “safe harbour” provision which establishes that transmissions “assisting in the placing of bets or wagers” do not run afoul of the Wire Act so long as any such communications are transmitted between or among jurisdictions where betting on sporting events is legal.

The Wire Act is one of several federal statutes relating to gambling that carve out exceptions for gaming activities permitted under state law and that are conducted entirely within a single state: for example, the Unlawful Internet Gambling Enforcement Act of 2006 excludes intrastate transactions from the definition of “unlawful internet gambling,” and the Illegal Gambling Business Act defines an “illegal gambling business” as one that is conducted in “violation of the law of a state or political subdivision in which it is conducted.”

Accordingly, each state that seeks to authorise sports wagering must confine operators to doing business exclusively within the state, or potentially between or among jurisdictions in which sports-wagering is legal, in order to remain consistent with the Wire Act and other similar federal statutes. This approach dictates that operators undergo costly and time-consuming licensure processes and submit to probity investigations in each jurisdiction in which they seek to do business.

Given the proliferation of commercial gaming in recent years, the speed at which sports wagering is taking hold in states throughout the country, and the reliance of gaming and sports wagering on technology to thrive, the traditional way of doing business seems increasingly onerous and redundant.

These aspects are not seen to be a huge hurdle; just a time consuming one. A few years ago, the US Justice Department had decided not to prosecute individuals for violations of laws that apply to internet wagering. Yet, to ensure legality, some time type of formalisation of the law’s inapplicability will need to be put in place to protect patrons from an overzealous prosecutor.

The more pressing issue is putting in place the rules and regulations that will govern the various aspects of the emerging industry. Historically, the regulation of gambling has largely been left to the states to decide. Federal legislation relating to gambling was focused on supporting state law gambling restrictions by regulating interstate activities that individual states did not have the power to address. Hence, the Federal Wire Act of 1961 was the primary mode of enforcement. The types of wagering that can be done will be vast, and it is likely that the standards set will be done so by the first jurisdictions to put the regulations in place.

Sports fans are among the big winners in all of this. When you love sports there are few things that are more enjoyable than spending a day watching and wagering large or small amounts on your favorite teams. Management at casinos and racetracks across the country will be gearing up to provide premier experiences for the recreational and professional sports bettor, complete with giant screen TVs, food, and drink at the ready, and efficiently managed betting windows.

Many venues are anticipating a strong Las Vegas correlation that promises to be most evident with large sporting events. This will occur during the NCAA March Madness tournament and Super Bowl week. Traditionally, you can’t get a room in Las Vegas and Atlantic City is a ghost town during these times. That all changes with sports betting; rooms will be full, as will the tables and slots so we can anticipate a bump in total gaming revenue during these high-volume days.

It also has the potential to be a boon for people who earn their living betting on sports. “If the lines in New Jersey are different from the lines elsewhere, it can be a good thing,” says Bill “Krackman” Krackomberger, a professional gambler who grew up near Atlantic City but is currently based in Las Vegas. Gambling industry veteran Anthony Curtis puts it: “Competition always makes things better.” Curtis, who runs the Las Vegas Advisor website and is the publisher at Huntington Press, is set to make a significant investment in the starting of a new sports exchange, where players can buy and trade action in real time on games.

While the new law promises to provide Krackman and Curtis with more opportunity, there was nothing easy about enacting it. Not only did advocates have to fight the NCAA, NFL and NBA with their powerful lobbying groups, but also some major casino corporations were against it from the very beginning. Through campaign contributions to politicians who agreed with them, as well as hiring high powered lobbyists to push their positions in Washington D.C., they tried everything they could to prevent this from occurring.

WHY DID IT TAKE THIS LONG?

With so much money to be made, it begs the question: “Why were they against this?” It is my feeling that it was because they were not set up for the pending boom. Some traditional gaming companies didn’t think this was a possibility and neglected to make any investment in this approach, and are now playing catch up to the casinos that were preparing for this eventuality. The gaming companies that were not prepared for this will lose a significant amount of business to the ones that were prepared, so the disagreement is strictly a financial one.