Loot boxes – is it time to regulate? 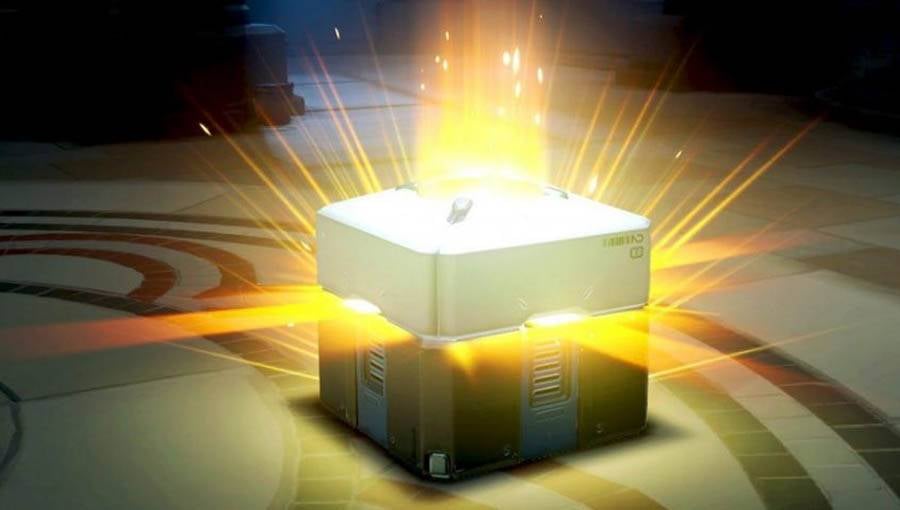 The video-gaming industry has become one the most prominent forms of entertainment available, generating worldwide revenue of $116bn in 2017 - a growth of 11% on the previous year, based on figures from the Association for UK Interactive Entertainment.

In-game transactions are a huge factor, with loot boxes now a dependable revenue stream for many gaming operators. Activision Blizzard, the company that developed Overwatch, Destiny 2 and Call of Duty: WWII, made a whopping $7.16bn in fiscal 2017. A total of $4bn of that came from “microtransactions”; in-game purchases such as loot boxes, downloadable content and in-app purchases.

But are loot boxes gaming or gambling? A loot box, popularised by games like Counter-Strike: Global Offensive and the FIFA series, is a group of virtual items given to players at random. The loot box may contain hero characters, victory poses or “skins” that can change the look of a character. On FIFA Ultimate Team, for example, players may be rewarded with a rare Cristiano Ronaldo item, or saddled with a virtual Peter Crouch.

Loot boxes are gained in two ways; either through playing the game or via in-game transactions using the player’s own money. Some players become addicted to the digital grab bags, however, paying for loot boxes with real currency rather than waiting to be rewarded.

Gambling Insider looks at how the US, European and Asian regulators are dealing with loot boxes and how their approaches differ.

The Netherlands has been active on the legislation of loot boxes. In April, the Dutch Gaming Authority (Kansspelautoriteit) ruled loot boxes were a game of chance and most importantly, contained items that could be traded outside of the game.

A study found four in ten loot boxes in CS:GO contravened the law. This led to gaming giant Valve removing the marketplace system for CS: GO on the Dutch version of Steam. Dutch authorities are also keen to push for EU-wide regulation on loot boxes.

The Belgian Gaming Commission has also deemed loot boxes as a game of chance, and therefore gambling. This, along with the features targeting young people, saw them breach Belgian gambling laws.

In April, Belgium’s Minister of Justice, Koen Geens, called FIFA 18, Overwatch and CS: GO loot boxes illegal, and demanded their removal from the respective games. Publishers now risk a prison sentence of up to five years and a fine of up to €800,000. When minors are involved, those punishments can be doubled. "It is often children who come into contact with such systems and we cannot allow that,” Geens said.

Dr Mark R. Johnson, a Canada-based esports and gaming expert, told Gambling Insider: “I think these are striking decisions for a number of reasons. Most obviously, they continue to push the idea that loot boxes, or the ecosystems they circulate within, definitely constitute gambling. There has been a lot of careful language used by games developers, and this point remains contested on a global scale, but Belgium and the Netherlands have both made it very clear where they stand.”

In October 2017, a statement was issued from Tracey Crouch, Secretary of State for Sport, Tourism and Heritage. Crouch stated: “Where items obtained in a computer game can be traded or exchanged outside the game platform they acquire a monetary value, and where facilities for gambling with such items are offered to consumers located in Britain a Gambling Commission licence is required.”

A spokesperson for the Gambling Commission told Gambling Insider: “Our view on loot boxes was set out in our position paper, which was published in March last year. This paper explains how the playing of a game of chance for a prize of money/money’s worth is gambling under UK law.

“So, where in-game items that are derived from loot boxes can be readily exchanged for cash, the loot boxes themselves are likely to fall within the definition of gambling. The greater the availability, scale and sophistication of secondary markets where the in-game items can be sold, the stronger the case becomes that the in-game items are articles of money or money's worth.”

French gaming regulator ARJEL launched a study into loot boxes in early 2018. ARJEL stopped short of labelling them gambling, as there is no real-life value to the items. But ARJEL did say a “combined and coordinated” action plan was required to deal with loot boxes, according to translation and analysis of the report by media law associate Sebastian Schwiddessen.

The US has been quite vocal on trying to tackle loot boxes, with politicians in five states working on legislation. Hawaii State Representative Chris Lee has drafted four bills to deter young people from getting access to loot boxes.

The bills centre around two main points. First, loot box odds should be clearly labelled by the developer. Second, games with purchasable loot boxes should carry warnings on the box, so parents can make informed decisions on how the in-game transactions work. At the time of proposing the bill, Representative Lee said: “These kinds of loot boxes and micro-transactions are explicitly designed to prey upon and exploit human psychology in the same way casino games are so designed.”

The states of California, Minnesota, Indiana and Washington are considering similar provisions.

The Entertainment Software Rating Board (ESRB) told Gambling Insider: “The ESRB continues to believe loot boxes do not constitute gambling. The items obtained in loot boxes are virtual, and can only be used in-game and cannot be cashed out.

"In April, the ESRB began assigning the In-Game Purchases label to physical, as in boxed, games that offer the ability to purchase any additional content within a game using real-world currency. This includes bonus levels, skins, surprise items, such as item packs, loot boxes, mystery awards, music, virtual coins and other forms of in-game currency, subscriptions, season passes, upgrades like ad blockers and more.”

Dr Johnson is sceptical of the ESRB’s approach, saying: “The ESRB's response to loot boxes, and micro-transactions as a whole, has been lukewarm at best. They have elected to add notices about ‘in-game purchases’ to their ratings system, but this both groups a tremendous number of phenomena under one label, and does not presently seem to affect the game's eventual rating. This means games running the full spectrum from potential player exploitation to almost total harmlessness have a single label, and that label is devalued when compared with other ESRB ratings.”

China’s approach to loot boxes has been to force developers to publish the odds of receiving a certain item, commonly referred to as “pack weights.” South Korea has adopted a similar policy to increase transparency in loot boxes, and this gives the player a better understanding of what they are getting for their in-game currency or real money.

South Korea also issued fines of close to $1m earlier this year to three games developers for deceiving customers about odds used in their loot boxes.

Nexon Korea, developers of Counter Strike Online 2 and the country’s largest games developer, received the majority of the penalties – about $890,000 – from the South Korean Fair Trade Commission. Destiny Child creator NextFloor and Ys Online and Star Wars: Force Arena” developer Netmarble received the rest of the penalties. The fines were given out after each developer was told to rework the promotion of odds disclosure for loot boxes.

Australia’s Senate launched a loot box inquiry in June to examine whether loot boxes are gambling, with the inquiry to be headed by Greens Senator Jordan Steele-John. The investigation was launched following a Nature report, which found loot boxes in ten of the 22 games tested could be considered psychologically similar to gambling.

“The impact of gambling on people’s lives is such that we cannot afford to stay silent on this issue, and it is fantastic both the government and the opposition are supporting the Greens on this issue,” Senator Steele-John said.

THE FUTURE FOR LOOT BOXES

The largest issue with loot boxes is the laws around gambling itself, and how legislation doesn’t apply to video games. Legislators need to be careful when identifying if loot boxes are gambling. “Loot boxes may well be gambling, but the context of ‘gambling’ within a video game, and the demographics of video game players, are a million miles away from the demographics and contexts more traditionally associated with gambling (e.g. casinos, sports betting, online card rooms, etc),” Dr Johnson said.

“Although it is easy to see why a hard line is a compelling political and legislative position, I fear it risks ignoring complexity and variation in favour of lumping everything under a single label, and deciding that everything should be regulated in the same manner.”

London-based gambling consultant Steve Donoughue argues loot boxes shouldn’t be classed as gambling, as there is no stake placed and people do not purchase the game to buy loot boxes.

“I’m wary that we have the UK regulator and the Dutch regulator seemingly on a crusade. I really don’t think there is rampant gambling going on by children and I don’t believe children are going to become problem gamblers by using loot boxes. I believe that this is partly an overreaction, and partly a desire to be seen to be regulating. It just strikes me that we are seeing a lot of knee-jerk reactions, and what we are not seeing is sufficient research.

“Regulation should be done on a case-by-case basis, and if the regulators see a breach, they should challenge the developers in court.”

Whatever their default stance, loot boxes are certain to pop up near the top of regulators’ to-do lists in the coming years.