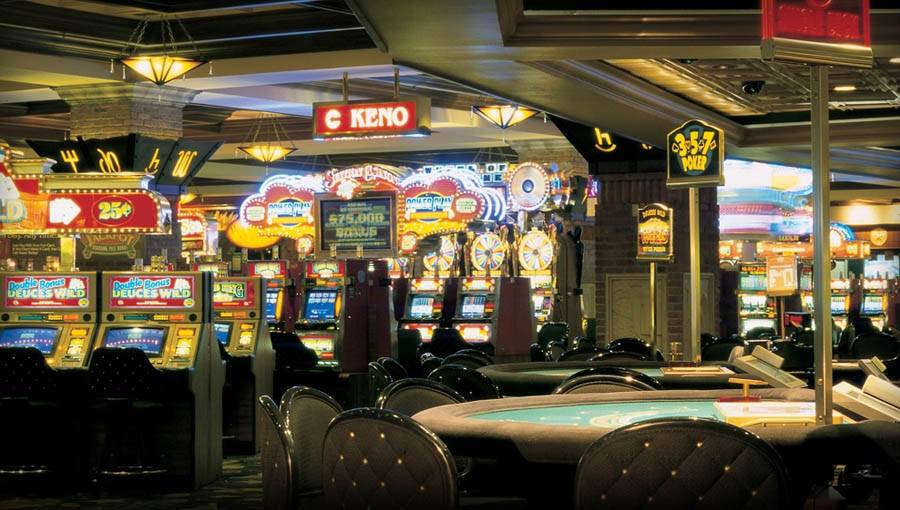 Hindsight is 20/20, so they say. While all the talk in the UK land-based casino industry in the late 1990s was about the incredible opportunities offered by deregulation and the industry opening up to new players, the truth was that was the golden age right then. Things have become progressively tougher ever since.

There have been a number of casino closures in the UK of late and, unless something changes significantly, there will be plenty more.

A tough combination of anti-money laundering regulations, competition from new quarters, wage inflation and problem gambling awareness have squeezed top lines and inflated cost lines; so much so generating a profit after gaming duty is becoming increasingly challenging.

Much of this won’t apply to the top-end casinos in Mayfair – they effectively operate in their own microclimate – but for provincial and grind-action casinos, times are tough.

The various elements of money-laundering regulations are, first and foremost, clearly a very good thing. In terms of keeping criminals out of UK casinos, it’s always been part of the deal; but my view is while blind eyes may not have been turned, there weren’t many searching questions being asked a couple of decades ago. Back in my dealing days 25 odd years ago, I clearly remember, in a casino I’ll elect not to name, both of our two best blackjack players disappeared almost simultaneously.

It transpired one was imprisoned for eight years for fraud and the other was shot dead in a drug-related dispute.

With the rules we have now, these guys wouldn’t have stood a chance of gambling to any degree, and that’s clearly a good thing. However, the problem for offline operators isn’t the criminals they lose as players (although I’m sure you’d get a mildly wistful look from one or two casino owners) but the collateral damage to completely legitimate players; this has had an effect on trade bordering on the catastrophic.

Asking to see proof of funds and income sounds simple enough. But when you’ve had to ask a lovely old lady to produce written evidence of her husband’s death to show her inheritance as a source of funds, it’s not a huge mental leap to realise sometimes that old lady’s going to say “get stuffed” – or similar – and her spend will be lost from the industry forever.

Similarly, there are a large number of wealthy people who just don’t want to discuss, or provide evidence of, their finances. Sometimes this is just for privacy reasons, and no doubt sometimes their fear of unwelcome attention from the taxman, but the net effect is damaging to the business.

The long-term situation is still unclear. Regulators continue to fine operators who don’t play by the rules – offline and online – and there will eventually be some sort of acceptance from unwilling players that there will simply be nowhere to play that doesn’t ask questions. As a result, they will have to stump up the paperwork sooner or later and return to the market. However, some perfectly legitimate players with funds or incomes appropriate to their level of play are gone for good.

The casino sector also faces stiffer competition from unexpected directions. In the UK, the big political hot potato is fixed-odds betting terminals. This isn’t the place to go into the details of how they came about or the drama over their legislation and maximum stake reduction; but it’s certainly fair to say they have been an incredibly hard form of gambling. My view is the hardest form of gambling should only be located in the most heavily regulated environment – casinos.

The commercial impact – leaving aside the public-health impact – of essentially deflecting this play from the casino industry to become a gigantic windfall for the bookmaking industry has hurt casinos, no doubt.

Obviously, there are other competitors in play in the market, with the leisure industry being as dynamic as any other. Online gambling will have taken a chunk out of the UK offline market and, while the larger operators have their own online offering, smaller operators haven’t filled the same gap.

It’s sobering to consider the gambling market with a wider viewpoint. In the US, there is a lot of talk about the falling proclivity of younger people playing slots, with that group being used to far more sophisticated and interactive entertainment via video games.

Identifying the problem is the easy part, however, and there’s no simple solution in sight. The skill-based gaming terminals have popped up in Las Vegas, for instance, but their impact hasn’t moved the needle to any great degree. There might not be the same problem in the UK, especially as the UK slot spend is way lower, due to the availability of ambient slots gaming in pubs, bookies, arcades etc. But there has to be a worry live casino gaming may be negatively affected by demographic shifts.

Is going to the casino perceived as something only elderly people do? Almost every new casino opening tries to tap into the “cool” market by way of décor; but if we do have a serious problem with attitudinal shift, we’ll only know when it’s too late to reverse it.

Wage inflation is a simpler concept. In the UK, the national living wage keeps on rising, as do employers’ mandated pension contributions. It’s no secret the casino business is a labour-intensive one, and while the introduction of electronic roulette has been very successful – other electronic table games less so – payroll still represents a significant slice of top-line income for all casinos.

Doing anything about this is a genuine minefield for operators. Stripping out all but the most necessary staff is one approach; no matter how widely you want to cast your casino’s appeal, a good proportion of your visitors expect a premium offer, and a skeleton crew will find that difficult.

Nobody likes having to wait at the bar for ten minutes, or fight through a crowd to access table gaming at a realistic minimum. With table gaming staff generally being the lion’s share of casino costs, one approach is to jack up minimums to achieve the required win faster. In a competitive market, though, that brings the danger of people just going elsewhere.

Problem gambling awareness is a ticklish subject, since any analysis of the problem inevitably leads to questions of conflicts of interest. The truth is the casino industry has to have lost a lot of business with the increased focus on problem gambling. To be clear, the increased awareness of problem gambling is a good thing. We shouldn’t be making money out of people who have difficulties controlling their gambling. It’s heartening to see the number of interactions taking place with customers at the sites I’m involved in.

Having said that, it’s important to have perspective, and to recognise there’s an industry out there in the problem-gambling sphere which may not always have the players’ interests as their number one priority. Tools to ostensibly identify problem gambling behaviour – as opposed to direct interaction with management or staff – may generate lots of false positives; there has to be a ratio at which point the industry, and the players, are inflicted with more harm than good.

It’s also surely fair to say the amount of responsible and problem gambling awareness collateral out there, such as Responsible Gambling Week in the UK, has brought the issue to mind. The recent political furore further highlights the issue to gamblers and people entering the gambling market. That is the most effective tool of all – to make sure customers are informed – and if casinos have to make money from problem gamblers to survive, they shouldn’t exist.

There are plenty of headwinds for the UK casino market and it’s difficult to see how things will improve in the short or medium terms. Maybe the legislative regime will change, maybe technology will come to the rescue (again) or maybe the demographics or tastes of the population will mysteriously change to make casinos more mainstream.

Everything is dynamic, of course. But, right now, it’s a tough business.