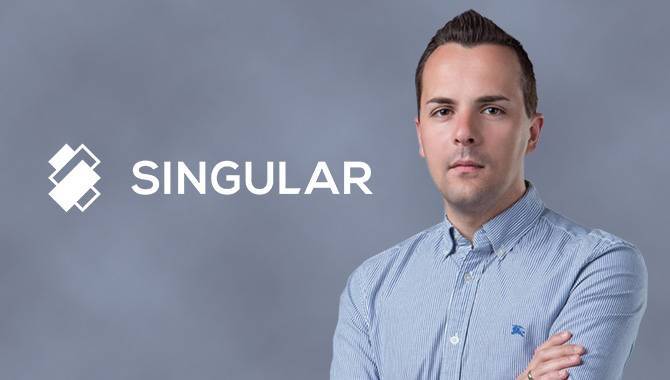 The competition in online gaming is intensifying, with players becoming more and more demanding. In some markets, single-customer acquisition costs can reach up to €400 ($440) alongside growing churn rates. Furthermore, the online gaming sector struggles to attract one of the most lucrative groups of players – millennials. The experience provided by casinos no longer appeals to the younger generation.

On  the other hand, the video gaming industry perfectly understands the needs of millennials and by introducing elements of luck in their games offers the best of both worlds. With the launch of loot box systems and Grand Theft Auto’s in-game casino, we have seen their first successful steps in targeting the online gaming sector. GTA V online, with 33 million active players, recently opened an in-game casino, where players gamble real money on games such as poker, roulette, slots, etc. As a result, churn users returned and GTA Online reached the highest number of active players since its launch in 2013.

The online gaming industry has almost fully utilised the potential of the mobile medium. The time has come to look for new, innovative ways of delivering a next-gen experience to customers.

The potential of VR

Could the next big thing for online gaming be a fully fledged virtual reality (VR) casino delivering an immersive experience and limitless new opportunities?

Although not widely adopted yet, VR has a sizable number of customers. Analysts predict it’s poised for explosive growth to become mainstream in about five years. According to market intelligence firms, the VR market will be worth $117bn by 2022, and according to Juniper Research bets made through VR will reach $520 billion by 2021. Upcoming 5G mobile network technology will propel VR’s mass adoption by allowing the development of fully portable untethered and affordable VR headsets.

The captivating nature of gambling comes from its social aspect. Unfortunately, personal interaction is widely missing from online gambling sites. VR technology creates multiple opportunities to bring back and even enhance that social moment. The ability to connect with other players is one of the main reasons behind Fortnite’s popularity. This form of co-experience is the next generation of entertainment. Research conducted by Facebook has found participants spend more time on VR compared to any other medium. This directly translates into increased profits for casinos.

Pokerstars has made efforts in this direction by implementing Voice UI. Instead of using hand controllers to make a call, pass, or raise, players give voice commands.

Another opportunity for bringing in the social element are the players’ avatars. They enable players to build their identity reflected in the avatars’ appearance, but also the avatar's social, competitive and community status. For instance, players are willing to pay real money for virtual drinks at the bar. Operators can offer these social touchpoints for free to VIP customers as an act of appreciation.

VR also brings a new dimension to customer support. Customer support can also be represented with avatars to assist the player in person. The social moment increases the LTV of players and contributes towards lower churn rates.

VR is a way more capable medium than a 2D mobile or desktop screen. Instead of copying the existing online experience, games must be redesigned from the ground up for a competitive advantage with VR. For example, a VR slot game can become fully immersive by teleporting the user into the slots’ world of Ancient Egypt. Next, enrich the experience with high-fidelity graphics, realistic spatial sounds and animations. When betting on virtual race cars, the user can be teleported inside the car he/she made a bet on and experience the race firsthand.

VR casino lobbies create new revenue stream opportunities: ad placement of brands on the venue walls, company logos decorating the bar etc. This kind of branding is not intrusive in the VR space and feels natural from the user's perspective. VR also gives users the ability to change venues from a Las Vegas casino today, to Macau or even Mars casino, the very next day. The dynamic and diverse experience increases retention rates.

The majority of profits for online gaming operators come from their high-roller players. Although they represent a small subset of active players, an operator can launch a separate VR casino brand for them. Providing exclusive VR gaming experiences to high rollers/VIPs, the operator can minimise churn and maximise VR efforts for these player demographics.

The catch with VR is to focus on quality, rather than scale. The target audience might be limited yet, once these players experience it, they will become ambassadors for your offering.

Surely, the opportunities and possibilities offered by the VR medium truly exceed anything offered by mobile and desktop. VR is a new frontier not just for gaming but for every industry, and it’s exciting to see where it takes the industry and what kind of innovation it brings upon us.