With the help of professional psychologists, Tim Poole investigates the risk of burnout among CEOs and examines how executives can look after their mental health 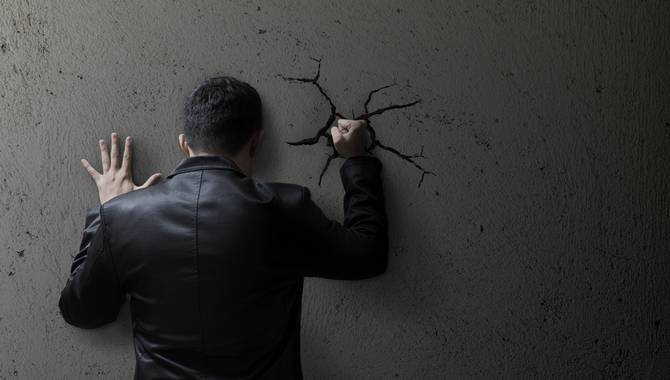 With the help of professional psychologists, Tim Poole investigates the risk of burnout among CEOs and examines how executives can look after their mental health

As UK Mental Health Awareness Week highlighted in May, psychological challenges can present themselves to anyone at any time. Executives and senior managers are not exempt. Far from it; such is the demanding nature of their work, they are particularly prone to concerns of stress and burnout.

Mental health problems do not discriminate, nor exclude any form of high-profile individual. Sport, music and film have all provided examples of mental struggles throughout the course of history. Within the gaming space itself, billionaire James Packer quit 22 different company directorships in 2018, including that of Crown Resorts, after publicly announcing a battle with mental health problems. Speaking to Gambling Insider in March meanwhile, Parimatch CEO Sergey Portnov labelled the threat of burnout a "huge danger," insisting plenty of investment has been made into the operator’s ideology as a result.

With Mental Health Awareness Week taking place in the US next week, Gambling Insider decided to delve further into the issue, first speaking to Elite Performance Expert Dr Michelle Cleere about mental fatigue among executives. For CEOs – or other directors, managers and officers bearing the brunt of board pressure and shareholder responsibility – the threat of burnout is very real. It can be invisible and silent in nature yet, crucially, ever-present.

Dr Cleere is deeply familiar with the issue, having worked with a number of top-ranking executives across several industries – as well as the odd gambler. She primarily works on mental skills to develop confidence and resilience, as well as helping deal with stress.

She tells Gambling Insider: "CEOs put a lot of time and energy into their work, so sometimes they don’t have very good balance. Because of this, their identity really is wrapped up in their job. I’m working with someone right now and his identity was so wrapped up in his work, not only was he getting burned out, the way he was doing his job changed.

"He went from being excited and intrinsically motivated to the opposite. It was impacting his personal and family life. Any time you get to that place, whether you’re a CEO, entrepreneur, professional athlete or professional gambler, there’s a tendency to think everything we have revolves around one thing. I call this being one-dimensional.

"Unfortunately, we can’t live that way. As human beings, we’re made up of multiple dimensions and we need to find a balance. If work isn’t going well and that’s the only thing you have, wow, you’re in trouble."

Twitter CEO Jack Dorsey has previously revealed several intriguing aspects of his daily routine, including ice baths, walking five miles to work every day and meditation. According to Dr Cleere however, methods to combat stress
don’t have to be as extreme.

She advocates the little things in life, like taking breaks, working for 50 minutes and walking around the office for 10, while agreeing meditation is a useful tool. It doesn’t have to be "a huge thing," she says, but every individual can figure out what works for them.

Sleep is another crucial aspect, despite rumours former British Prime Minister Margaret Thatcher survived on just four hours’ sleep a night (a Gambling Insider interviewee has also claimed to do this). Although research on the topic goes "back and forth," Dr Cleere emphasises the importance of letting the body regenerate during sleep.

Unavoidably, a strong work-life balance is essential. It’s easy for a CEO to justify forgoing the basics many of their employees will afford themselves. It’s their neck on the line, at the end of the day; they need to earn their high salaries and prove themselves to all the relevant stakeholders.

That explains why some executives have previously told Gambling Insider they work between 70 and 100 hours a week. Dr Cleere believes such an approach will eventually take its toll.

In fact, she offers a very different example: "I am working with a CEO right now who works two hours a day. It might sound crazy but it works for him. It doesn’t mean he’s not putting more work in but he’s figured out how to do more in less time.

"He’s trying to figure out how to scale back and really enjoy life. A 70-80 hour work week – I was an exec for a while – it’s just not something that’s sustainable. Not only are you getting burned out, with no balance or self-care, there’s no room for anything else."

Dr Cleere feels the struggle is equally shared across both genders and admits she hasn’t worked with many single executives. Being married or having a family is an added reason for contacting the Elite Performance Expert, as execs lose sight of family life.

While Dr Cleere deals with elite performers from business, sport, music and other spheres, Business Psychologist Dr Mark Parkinson has worked closely with one group in particular - entrepreneurs. This group, he believes, possesses more of a natural barrier to mental fatigue. Having worked with entrepreneurs of "all types, including high-profile ones," Parkinson knows what makes them "tick."

As anyone who has studied psychology may already be familiar with, an ABC concept applies to how someone reacts to a certain situation. A stands for affect; your physiological response. B represents behaviour; a person’s typical reaction. C stands for cognition; how someone deals with information, rationalising the scenario and weighing things up.

Parkinson tells Gambling Insider: "Personality affects behaviour and cognition. Really, from an entrepreneurial point of view – but also among many CEOs – what helps is having certain traits. It means you are probably going to cope more with what happens to you."

There are four big things worth knowing about, according to the Business Psychologist:

- Need for achievement – The higher the need for achievement, the better someone performs when faced with challenges and difficulties rather than regular, routine tasks. "It’s the unique way people think when their desire to achieve is being stimulated."

- Locus of control – If you possess an internal locus of control, you believe you control your own destiny, rather than others, the world around you or luck.

- Tolerance of ambiguity – People with a lower tolerance like to know "absolutely everything" before acting. High tolerance is a "signature thing" with entrepreneurs. Parkinson paraphrases Ray Dalio, founder of BridgeWater Associates – one of the world’s largest hedge funds – in saying: "Dealing with not knowing is more important than whatever it is you think you do know."

Parkinson elaborates: "Entrepreneurs tend to be high achievers who enjoy a challenge and have an internal locus of control, as opposed to the typical teenager, who blames the entire world for everything.

"Tolerance of ambiguity is vital when dealing with stress and burnout. If you’re the sort of person who has to have everything lined up – your archetypal ducks in a row – you’re going to be disappointed in life. The more things are out of kilter, the more you will be prone to stress.

"Knowing when to stop is also crucial. Back to the burnout issue, you must have some sense of when to walk away from it. You don’t have to be a hard man; it’s very healthy to realise when to stop. The successful entrepreneur has usually started various things and abandoned them, as opposed to the more unsuccessful ones who end up flogging a dead horse."

Of course, no one can change their pre-dispositions with regards to what Parkinson so informatively describes. But, as Dr Cleere points out, there is certain simplicity in the solutions on offer to tackle stress. So how exactly can we apply these lessons within a gaming industry setting?

An appealing aspect of the sector is the amount of trade shows on the calendar. From ICE London through to G2E Las Vegas, with events in Lisbon, Sofia, Amsterdam, Sydney and far more in between, executives fly all over the world to attend operator, supplier, affiliate and regulator events.

This can bring with it a certain level of stress. It also presents a certain degree of opportunity, though. The social and communicable nature of these conferences presents the chance to interact with clients, stakeholders and colleagues from across the globe. Utilising trade shows can be vital for being active, attending networking events and providing a change of working environment. Why not give yourself a day to enjoy what else the city you’re visiting has to offer?

Everyone can put off exercising or claim no one but them can complete that final report. But even CEOs know there are others to delegate to. As Dr Cleere states: "The bottom line is an organisation has other people for a reason." Reduce your working week by an hour; increase your time away from the desk by five minutes. Even the smallest change can make a huge difference to your work-life balance.

Working in the gaming industry has its benefits. Many became involved in the first place through their love of gaming, be it slots, poker, casino or sports betting. If you lead a sports betting organisation, why not take a moment to enjoy the sports you're offering markets for? Follow events, take a look at the odds or simply watch live streams.

If you’re in charge of a slots company, try out games you don't currently use. How about having new technology like virtual reality distract you from the everyday hustle and bustle? Even a payments company or crypto-currency exchange will have partners offering such products. Use them.

Something Dr Cleere discusses at length is finding other things to be passionate about, especially if an executive feels they are hitting the wall.

"Even something as simple as exercise," she explains. "A lot of the CEOs and entrepreneurs I’ve worked with let go of that, because they thought the business week takes precedent. What we found was when they did something as simple as working out many days a week, they were able to last longer, think clearer and handle situations more effectively."

Ultimately, working too much for too long will have an adverse effect for gaming executives. An 80-hour week with limited downtime and variation boosts the risk of burnout without necessarily improving performance, even reducing drive and motivation.

"I think people do themselves an injustice,” Dr Cleere comments. “Sometimes, that’s how I talk to CEOs: do they want to be more effective or just get work done? Is it quantity over quality? If you want to be the person and professional you can be, some of this is absolutely critical."

These principles apply to all executives and, on many levels, all workers in general. But, in an agile, fluid industry like gaming, executives neglecting the simple things is not a recipe for success – especially in the face of so many technological and regulatory challenges.

After all, minute details hold the power to do the most damage. You may not notice them until it’s too late.