As we celebrate our 10th birthday, David Cook looks back on a momentous decade for both the industry and this publication. 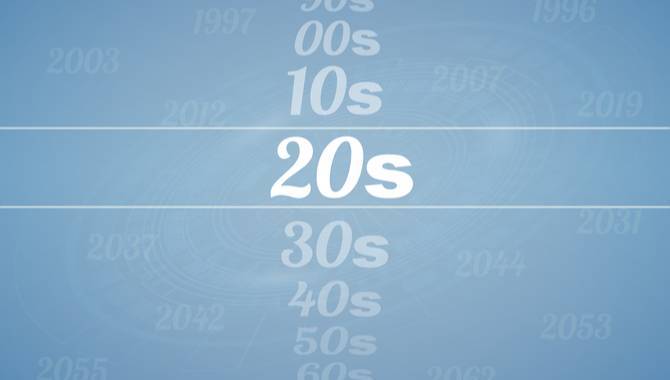 As we celebrate our 10th birthday, David Cook looks back on a momentous decade for both the industry and this publication.

What an incredible 10 years it’s been in gaming. At the start of the last decade, mobile gaming was in its infancy, there was no regulated online gambling in the US (or single-game sports betting outside Nevada), the fixed-odds betting terminal (FOBT) debate in the UK had barely gained traction, and some of gaming’s biggest holding companies either didn’t exist or were amoeba-sized compared to what they are now.

Another thing the gaming industry was yet to know about in 2010 was Gambling Insider. There was a gap in the market for a magazine to come along that could provide first-class insight into both the land-based and digital markets within one publication, while also covering all territories across the globe. Our founders used their industry contacts wisely and with a great amount of effort, built a publication that every significant company in gaming has wanted to be involved with at one time or another.

Whether you’ve been an avid follower of our work across the last decade, or whether you’re reading us for the first time, we hope you see how much effort goes into making sure we cover all relevant topics that the senior management who read this magazine want to know about. It’s not always easy to keep on top of everything, but in an industry that changes as quickly as this one does, there is never going to be a dull moment and we’re never exactly going to be short of topics to discuss.

You will see in this magazine, which will be distributed at ICE London, that our annual CEO Special feature is still one of our best and it continues to go from strength to strength. We first launched the CEO Special in our January/February 2015 issue, which featured the CEOs of Betfred, IGT International, Microgaming and MGM Resorts International. The list of big names hasn’t ended there, as we’ve gone on to feature the leaders of the likes of GVC Holdings, 888 Holdings, Novomatic, NetEnt, Scientific Games and, well, I could go on, but I’m sure you get my point.

I’ve personally enjoyed seeing our other products grow, including several focus issues, GamblingInsider.com and of course, the GI Huddle podcast, which we launched last year.

Looking ahead to this decade, I wonder just how much more consolidation we will see, as this has been a key theme of the industry in recent years. Ten years ago, Ladbrokes, Coral, Bwin, PartyGaming (all now owned by GVC), Paddy Power, Betfair, PokerStars and Sky Bet (now owned or will be owned byFlutter Entertainment) all operated as individual brands. Flutter also owns FanDuel. That’s without mentioning the deals we’ve seen on the supplier side, as OpenBet’s sale to NYX Gaming Group in 2016, followed by NYX’s sale to Scientific Games in 2017, were a sign of what can happen when one sports betting supplier takes such a strong hold in the market.

On a personal note, it’s been fascinating to see how the industry works above what you would normally see at ground level as a consumer. From the moment I successfully placed a £4 bet on England’s national football team to beat Mexico 3-1 in a friendly in 2010 (beginner’s luck, of course), I’ve had moments where I’ve fallen in and out of love with gambling as a player, but I must admit it’s been frustrating to see so much negative coverage of the industry, at least where we are based in the UK.

It was actually surprising to see a lack of regulation in so many markets around the world when I first started working for Gambling Insider, as here in the UK, gambling has until often been accepted as an enjoyable pastime. Sadly, that narrative has been lost in recent years, in part due to aggressive marketing, and in part due to some at times unfair and imbalanced coverage. It almost feels like we’ve had a headstart on a nation like the US, but the two markets seem to be moving in opposite directions; that’s certainly if the maximum stake reduction on FOBTs, from £100 to £2, and the pending ban on credit card gambling in the UK, are anything to go by.

Our job is not necessarily to get involved in the debates about whether the industry should be loved or hated, but to provide thought-provoking, detailed content that we hope helps our readership learn the fundamentals of how to keep improving operationally. If the industry is not up to scratch in any particular area, then of course we have to cover it, but it’s about focusing on how the industry moves forward.

With that in mind, if you just happen to be holding a glass of champagne while reading this, then please raise it to what I’m sure will be another memorable 10 years for us all – let’s reassess where we are in 2030!