Is going public the right move?

We look into the benefits of gaming companies staying private versus the advantages of undergoing an IPO. 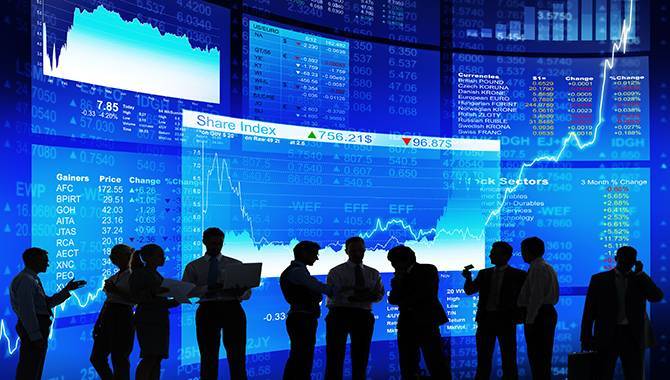 We look into the benefits of gaming companies staying private versus the advantages of undergoing an IPO.

It’s human instinct to crave recognition once a certain level of success has been attained. For a business, it’s much the same. Looking at the Apples, Googles, Amazons, Microsofts and Facebooks of this world, staying private rather than becoming a public company would have been unimaginable. When a company achieves a high enough level of growth, the natural order is to go public and use the extra capital and liquidity provided to reach new heights within the firm’s trajectory.

But, in the gaming industry, the exact lines defining what constitutes success become a little blurred. While it feels like all gaming’s best-known brands have indeed gone public (Scientific Games, IGT, GVC Holdings, Flutter Entertainment, William Hill, MGM Resorts International, Caesars Entertainment, the list goes on…) there are several notable exceptions. DraftKings, for instance, is only now set to become a public company, combining with SBTech. Interblock Gaming, supplying casino products since 1989, remains a private business. Firms such as FanDuel and NYX Gaming Group were private companies only until being acquired as part of large M & A deals.

The best has been left until last in our list – and for good reason. Bet365 is perhaps the archetypal private gaming firm, historically outperforming competitors online for some years now; at least in part thanks to the strategic options it can pursue due to its private ownership structure. That makes you think: if Bet365 can generate annual revenue of £2.98bn ($3.94bn), its figures for the 52-week period ending 31 March 2019, is there even any need to go public?

The benefits of an IPO

Some estimates suggest a company will typically consider going public when it reaches an approximate private valuation of $1bn – or “unicorn status.” Companies with a lower market capital can do so too, of course, if they feel they have the right structures in place. Examples of this are suppliers Kambi (estimated market capital of $560m) and GameAccount Network (estimated market capital of £127m) to name just two. Naturally, the strength of a public company derives from the very definition of the word “public.” Public companies become better known, their brands gain greater exposure and they can experience a new realm of possibilities.

The biggest opportunity afforded by an IPO (initial public offering) is undoubtedly new sources of funds and greater liquidity. The selling of shares generates new finance – likely on a completely different scale to anything previously generated – allowing for much higher growth prospects. The increased transparency of going public can also help a firm agree more favourable terms when looking to borrow funds, as well as upping the prospects of future M & A. Secondary offerings can help raise further finance and public companies can attract executives through stock compensation and share offerings.

Is it better for gaming firms to stay private?

On the flip side however, there’s plenty a private company can thrive off where a public firm simply can’t. The success of Bet365 is just one example - though the most pertinent - of how gaming companies can operate just as effectively without an IPO. Matt Kaufman, VP of Digital and Interactive Gaming at Eilers and Krejcik Gaming LLC, analyses an array of gaming firms, following their performance in the market closely as part of his daily role. Private operators, he says, can “control their own destinies.” He tells Gambling Insider: “While there are tonnes of financial benefits associated with going public, private companies in some instances have the ability to control their own destinies to a greater extent. If, as an example, Caesars had been a private entity, the company would almost surely not have announced its planned acquisition by Eldorado Resorts this past summer.”

The Caesars Entertainment example is a highly-relevant one to the discussion. In February, billionaire and activist investor Carl Icahn bought his first Caesars shares. Within a few months, he had become the organisation’s largest individual shareholder and has been instrumental in the company’s planned $17.3bn sale to Eldorado Resorts, which is yet to complete at the time of writing. Another high-profile case of a similar nature exists within gaming, with activist investor Jason Ader continuously looking to influence the strategic direction of supplier Playtech. In short, going public reduces a company’s internal locus of control, exposing it to multiple third-party influences moving forward.

“Another advantage of staying private is the ability to optimise marketing efforts purely for performance,” Kaufman continues. “Public companies have incentives to keep revenue growth relatively stable on a quarterly basis, which at times means adjusting business strategy to more evenly distribute revenue throughout the calendar year. That desire for revenue distribution can lead to decisions that may not be the most profitable of available options, even if those choices are strategically correct when considering the impact on how investors view a company.”

Elsewhere, some of the costs of going public are the exact inverse of the advantages we referenced earlier. Increased exposure comes with increased scrutiny: a poor financial quarter will affect share price, while executive compensation and corporate governance practices will become publicly available; at times, they will even be subject to shareholder approval. This can raise the potential for lawsuits against directors and management, while at the same time revealing what were previously company secrets to market competitors.

IPOs are both costly and a risk in themselves. Underwriters often charge 4% to 7% of the proceeds of an IPO, while there will be a number of added expenses, such as legal, accounting and even printing. Ultimately, there is always
also the chance of the market falling short of the required funding if it does not accept the IPO price. Should the IPO succeed here, share price will become king, as business and financing strategies focus purely on growing share value
rather than generating revenue. This works in tandem with an erosion and decentralisation of management’s previous power of governance.

There is another simple truth Kaufman emphasises that applies to a number of gaming firms within the market. He says: “Although the industry often ignores their existence, the gaming companies that benefit most from staying private are ones that operate in grey and black markets. Highly-regulated public companies are generally unable to take risks of that nature.”

Going public is not so much the ultimate end goal for every company, rather an important crossroad should a firm grow large enough. For the early-stage entrepreneurs mapping out their gaming start-up’s path, it’s not exactly crystal clear how to approach that crossroad. Increased liquidity and larger scale appear the biggest selling points.

But, while going public seems inevitable when reaching for the stars, it’s not always that straightforward. For gaming firms, staying private can have its advantages; precisely how many depends on what that company prioritises. Industry companies should perhaps acquiesce that going public is not for everyone.