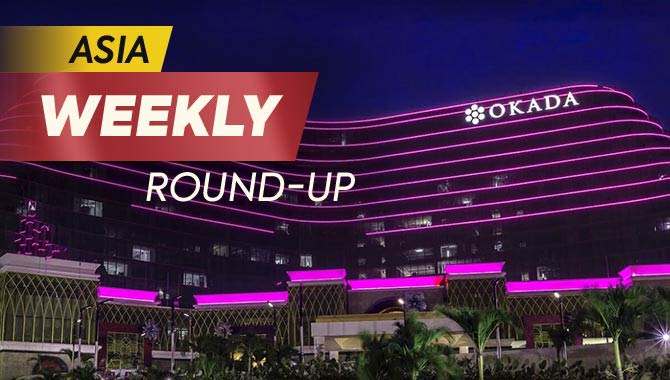 A subsidiary of Universal Entertainment, the casino operator’s adjusted segment EBITDA was also up markedly, from PHP 443m in Q3 2021 to PHP 2.4bn in Q3 2022.

Revenue from gaming machines also exceeded PHP 3bn at PHP 3.07bn, a significant increase on the PHP 1.09bn generated in the prior-year period.

Mass table games generated the least GGR of the Okada Manila’s segments, PHP 2.49bn, although this was still up significantly on the PHP 848m made in Q3 2021.

In fact, TRLEI’s results highlight that revenue is greater now than ever before, with the company’s 2022 Q3 revenue (PHP 10.28bn), greater than the third quarter of 2019 (pre-pandemic) – when the casino operator took just PHP 4.24bn.

The recovery of Universal Entertainment’s TRLEI comes amid the backdrop of the casino’s takeover saga involving Japanese mogul Kazuo Okada.

Australian Reverend, Tim Costello, says the lack of federal regulation on gambling advertising is set to have ‘horrific and lifelong’ implications for children under 16.

This comes after the Alliance for Gambling Reform claimed that over 430,000 people under the age of 16 are likely betting online in Australia.

Speaking to parliamentarians reviewing gambling reform in the country, Costello noted he has changed his mind on gambling losses, having first believed that Australians liked to gamble more than anyone else, to now believing that it is due to a lack of regulation.

“The truth is, we’ve had the worst policies, the least regulation of gambling,” Costello told the reform inquiry. “That is why we have the greatest losses.”

Real estate and retail tycoon from the Philippines, Manuel B. Villar, has revealed he plans to launch his integrated casino resort in early 2023.

Villar said his group will be redeveloping the 18,000-square metre Vista Mall Global South in Las Piñas, and plans to make it a premiere casino destination in the city.

The billionaire added that the resort is expected to be similar to four existing casino resorts at Entertainment City in Paranaque.

He commented: “Yes, it will push through. It is already a big development. We will be launching early next year since the casino has already been built.

“We have been holding back for three years. While we remained active in the market, we did not pursue it as much.”

Sands China is set to pay $377m over three years from 1 January 2022 for the use of trademarks linked to its parent company Las Vegas Sands.

Annual payments from Sands China to Las Vegas Sands will be calculated on Sands China’s gaming and non-gaming revenue.