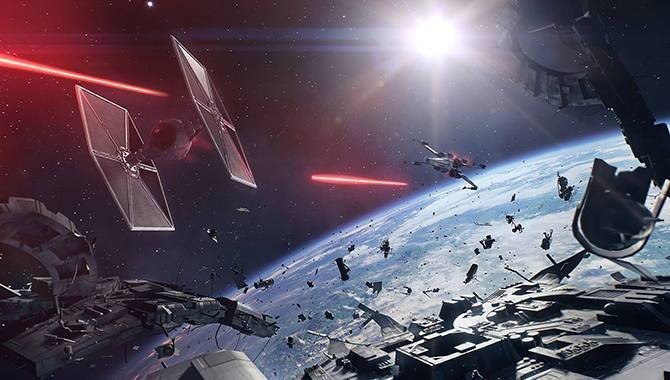 ntion surrounding the contentious issue of loot box gambling has spread like wildfire amongst the world's gaming legislators. Earlier this week, Belgium hopped on the anti-loot box bandwagon, announcing that its Gambling Commission has begun an investigation into whether loot boxes constitute a form of gambling. It has now been reported that the Commission does consider loot boxes, seen in games such as Star Wars: Battlefront 2, as a form of gambling and is now making a concerted effort to ban them.

According to VTM News, the Minister of Justice wants to prohibit these kinds of in-game purchases, saying: ”Mixing gambling and gaming, especially at a young age, is dangerous for the mental health of the child."

It shouldn’t come as a surprise that Electronic Arts is vehemently denying the claims, due to the fact that these legislative decisions could have momentous consequences for it.

In a statement to Gamespot, the company said: "Creating a fair and fun game experience is of critical importance to EA. The crate mechanics of Star Wars: Battlefront 2 are not gambling.

"A player’s ability to succeed in the game is not dependent on purchasing crates. Players can also earn crates through playing the game and not spending any money at all. Once obtained, players are always guaranteed to receive content that can be used in game."

The investigation began when a number of fans provided some critical feedback on the in-game purchases in Star Wars: Battlefront 2. Despite the EA’s rebuttal, regulatory interest is expanding at a considerable rate.

Whilst the games manufacturer does not consider the ‘loophole’ to be a form of gambling, despite the element of chance, there are many who are pushing for reconsideration.

Slovenian video gamer, Lovro Pirjevec started a petition on Change.org back in October, urging the US’ Entertainment Software Rating Board (ESRB) to reconsider the fact that loot boxes are a form of gambling.

Garnering quick support, in a span of one-month, the petition has already garnered 45,724 from gamers who share his views that loot boxes fit the definition of gambling.

"The normalisation of gambling vernacular and mechanics targeted at vulnerable persons is not just morally reprehensible, but is also legally questionable"

The issue of loot box gambling first hit centre stage when Warner Bros. Announced the debut of an online market through which Shadow of War players could buy Loot Chests outside the games, thereby offering players a shortcut to move forward in the game, provided they were willing to spend the money.

Many have compared the phenomenon to skin betting, coining it as an underhand way of allowing minors to gamble. And the furore isn’t dying down any time soon. Both Hawaii and Australia are also looking to ban the practice and classify the games as gambling products.

Although Australia has yet to issue its formal position on the subject, Kotaku Australia reported that the Victorian Commission for Gambling and Liquor Regulation (VCGLR) has declared that loot boxes should be defined as a form of gambling.

Jarrod Wolfe, a strategic analyst at VCGLR commented: "We are currently engaging with interstate and international counterparts to progress wider policy changes and to modernize and inform both Federal and State-based legislation.

"We take on board responses from the community, such as your concerns, to ensure that our actions are reflective of the risks these products pose as well as the community’s expectation. Watching recent Reddit activity certainly indicates the majority of the gaming community is at odds with decisions made by certain companies."

In a statement uploaded to YouTube, Hawaii State Representative, Chris Lee describes the controversial game as a "Star Wars-themed online casino designed to lure kids into spending money". He added that Hawaii legislators are looking to put laws in place “this coming year”.

Wolfe echoed the thoughts of Hawaii representatives, adding: "The normalisation of gambling vernacular and mechanics targeted at vulnerable persons is not just morally reprehensible, but is also legally questionable."

Nonetheless, the UK Gambling Commission said that loot boxes are not gambling if the items cannot be exchanged for real money.

Eventually, EA made the decision to turn off all in-game purchases for the controversial loot boxes. However, this is not the end for the infamous gaming feature; they will return once EA has made some amendments to how they work.
Industry News Sponsor