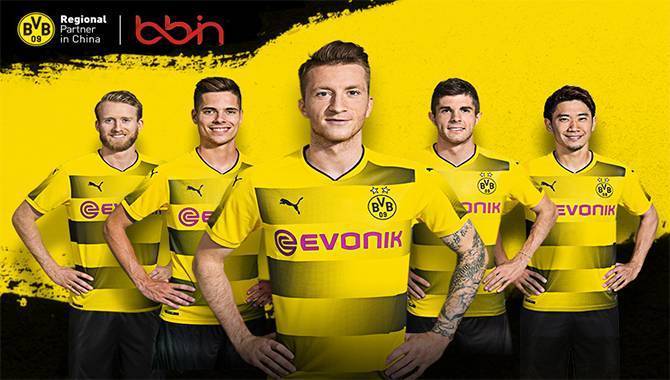 Asia-based online gaming software supplier BBIN has announced that it has become the regional partner of Borussia Dortmund in Greater China, sponsoring the German-based football team.

In recent years, Dortmund has won five championships in Germany’s Bundesliga. In Germany they are second only in popularity to Bayern Munich.

The team’s record of qualifying for and performing well in the UEFA Champions League has made Dortmund into one of the most well known teams around the world. Their home stadium, Signal Iduna Park, is the most visited stadium of the Bundesliga, proving the team’s domestic popularity in Germany.