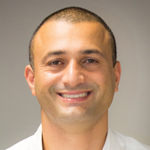 Tsachi Maimon is the CEO of Aspire Global and President of NeoGames. Aspire Global provides iGaming solutions and offers both online casino and sports betting products. He has served as Aspire Global’s CEO since 2013.

During his time as CEO, he has led the company to substantial global expansion. Currently, Aspire Global operates in 31 regulated markets around the world, including the US, UK, Netherlands, Denmark, Portugal, Spain, Ireland, Nigeria, Colombia and Mexico.

The company purchased game aggregator Pariplay in 2019 for $13.46m and later acquired BtoBet in 2020.

Maimon also oversaw the acquisition of NeoGames, an iLottery supplier. NeoGames acquired Aspire Global in the summer of 2022.

Maimon commented about the transaction in a social media post and focused on commending the company’s leadership team for its hard work during the transition period.

He said: “I want to take this opportunity and thank my team. It's us who did it. With hard work day and night! Also, our great board gave us the frame and guidance to do it. And of course, our partners that go with us a long way. From strength to strength.”

In 2013, Maimon joined Aspire Global and took a position as the company’s CEO. He has held this role for more than nine years.

Under his leadership, Aspire Global’s Wizard Games has taken its content live in the newly regulated Ontario market. The company recently gained approval from the Alcohol and Gaming Commission of Ontario (AGCO) and has worked with operators 888casino and BetMGM to release its games to players in the region.

Wizard Games has also achieved integration through provider and aggregator Pariplay, which is known for its Fusion platform.