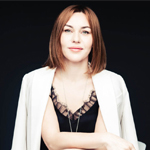 With over 17 years of experience as a leader and strategist, Natalia Hilevych serves as the CEO of Parimatch Eastern Europe, a division of Parimatch operating in the country.

During her career, Hilevych gained experience and skills in areas including strategy, team management, crisis management and leadership.

In November 2022, Parimatch joined the fundraising platform UNITED24, which has provided significant assistance and support to Ukraine.

In addition, the international charity organisation Parimatch Foundation financed the organisation of sports camps for rehabilitating war-affected children in July 2022.

At the same time, Parimatch provided humanitarian aid to over 50,000 Ukrainians, while the Parimatch Foundation purchased an ambulance for people living in the Mykolaiv region.

Two months earlier, in May 2022, the Foundation also delivered food packages to shelters in the Dnipro region.

Parimatch became a licensed bookmaker in Ukraine after the country completed the gambling legalisation process in May 2021.

Upon its launch in Ukraine, the group worked with the publication Na chasi to create a project called “Make a mistake to win”. As part of the project, representatives of Ukrainian sports talked about the difficulties of problem gambling and the life lessons they learned during their careers.

In October 2021, Parimatch signed a Memorandum of Cooperation with the Ministry of Youth and Sports of Ukraine, to combat the manipulation of sports competitors and protect the ethical integrity of sports.

Just one month later, in November, the company signed another Ukrainian Gambling Council Memorandum on gambling advertising, trademarks and other intellectual property rights. Soon after, ten more national gambling operators joined the Memorandum, growing the presence of legalised gambling in the country.

In January 2023, Hilevych was nominated for Executive of the year at the Global Gaming Awards.

Hilevych has been serving as Parimatch Eastern Europe CEO since August 2020.

Her career at Parimatch started in October 2018 and since then, she served as CEO UA and CMO.

Prior to this, Hilevych served as Deputy Director of Marketing for Bayadera Group, between April 2005 and August 2018.

“Our main task is to develop gambling according to the principles of responsible gaming, to make gambling a kind of leisure, and advertising meets both legal norms and unified approaches adopted by the professional community. And most importantly to be safe.” Natalia Hilevych