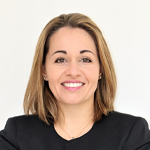 Lara Falzon is the President and COO of Bragg Gaming, a global gaming technology and content provider. The company operates in Nevada through its subsidiary, Wild Streak Gaming, which offers its portfolio of casino games to land-based, online and social media casino operators throughout the US and the UK. She has served in both positions since November 2021.

Under Falzon’s leadership, the company has formed several partnerships during the last year, including a three-year content licensing agreement with Sega Sammy Creation (SSC), a land-based slot games provider. The deal paved the way for Bragg to gain exclusive distribution rights to select SSC titles and to gain a larger foothold throughout North America and Europe.

SSC is part of the Sega Sammy Group, which is based in Japan and is known for its arcade games and SEGA-branded video game consoles, as well as its pachislot and pachinko machines businesses.

Bragg is currently live in three North American markets with six iGaming operators. Players throughout Michigan will have access to Bragg’s exclusive titles from its Atomic Slot Lab studio, including Egyptian Magic.

Before joining Bragg, Falzon spent time working as the Chief Financial Officer for Red Tiger Gaming from 2018 to 2021 and as the Operational CFO of NetEnt from 2020 to 2021.

During her time with the company, Bragg has released new technology and content in the state of Michigan, in connection with BetMGM. The launch was a strategic move to further the Canadian company’s expansion throughout North America.

In addition to its recent collaboration with BetMGM, Bragg and RSI have a longstanding partnership that has yielded successful launches throughout North America. The duo has released RGS products in New Jersey and Michigan, as well as in the Canadian province of Ontario.

Falzon elaborated on their relationship by saying: “We already see strong demand for our games in New Jersey, where our Wild Streak Gaming and Spin Games studios have been live for several years. Now this rollout of our new RGS technology in the market with RSI’s BetRivers brand unlocks our rich new US content roadmap to a new group of players.”

“We have placed an emphasis on expanding our existing relationships with North American iGaming operators to include content from the new proprietary studios we launched this year, as well as exclusive games from our latest third-party studio collaborations.” Lara Falzon