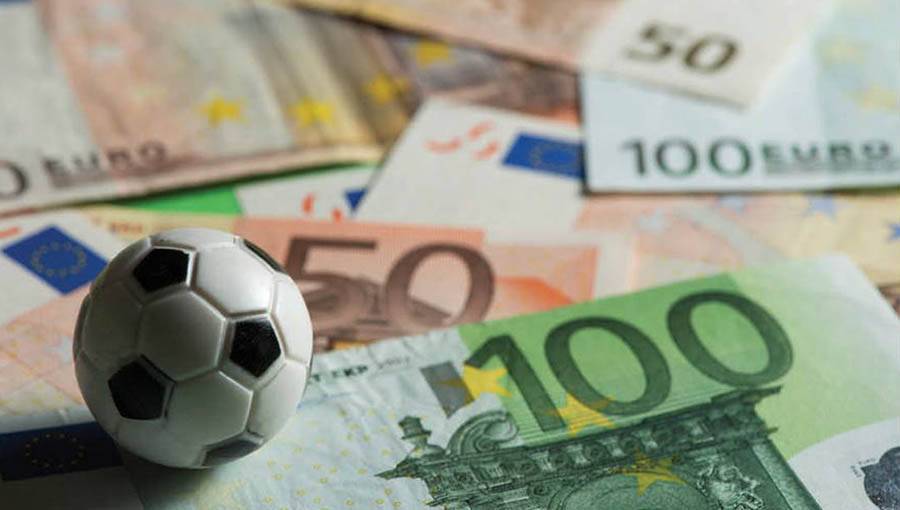 Over 2,000 sporting events to have taken place since 2009 have been noted as likely to have been manipulated. That’s according to Sportradar’s Fraud Detection System (FDS). With the provider aiming to position itself as a protector of integrity in the betting industry and with security being the main theme of this issue of Gambling Insider, it made perfect sense to travel to the firm's west London office to find out just how the system works and what it is doing to combat match fixing.

Almost perfectly situated between a pub and an ice cream parlour, the setting is far less demonstrative than you may expect for an office dedicated to security. The entrance is not protected by large gates or police with guns and dogs raging to be set off their leads (ok, so I may have let my imagination run away with itself a little). Rather there is a subtleness to the building. Passers by would have no clue that there are people inside attempting to combat a range of scandals that could be going on in the world of sport. It is one of three offices that make up Sportradar’s Security Services, with the other two being in Hong Kong and Sydney. After being allowed into reception, I meet with Alex Inglot, director of communications and public affairs, who leads me to a meeting room on the first floor, where the team that sells its virtual products and the managed trading services are based. This is where I'm informed about the FDS’ operations.

To provide some background, this is the security services arm of Sportradar, and is separate from Sportradar’s media services and right holder solutions. It monitors thousands of events across a range of sports and its clients include Uefa, FIBA and the Rugby Football Union. The system, which launched in 2005, changed its name to the Fraud Detection System in 2009. It comes to life when sizeable changes in betting patterns notify analysts with alerts, which can then be investigated accordingly. An alert is a movement that is beyond reasonable and depends on the percentage of the net win change in betting on a league-by-league basis. Reports of these betting patterns – which can also include video evidence – are produced by the analysts and can then be passed on to the relevant authority. The system is fed by data from over 450 bookmakers on a daily basis. Freelancers can also input news into the system to potentially explain the reasons behind odds movements.

Sportradar’s numbers explain a great deal. In European football alone, over 31,000 matches per year are tracked by the company. Since it's been in operation, approximately 1% of all sporting events it has monitored are likely to have been manipulated, with the most to have been reported in one year being 400 in 2013. It expects the figure at the end of this year will be 400-500. Inglot divulges the reasons this could be happening. “Football is susceptible because there’s a lot of money in the market,” he says. “Then there is the vulnerability of players. Are players earning enough? FIFPro published a study of European Leagues called the Black Book Eastern Europe in 2012 and found some awful statistics about how players are intimidated and threatened. These are the kind of conditions that make match fixing attractive.”

The size of the sports-betting industry that Sportradar is attempting to keep track of, particularly the football-betting industry, should not be underestimated. Sportradar claims that the global sports-betting industry is worth approximately €750bn in worldwide turnover per annum, with €450bn coming from football. An estimated €149m is bet on every English Premier League football match, which equates to approximately €56bn a season, exceeding any other league in the world in terms of betting activity. The closest league in comparison is the Spanish La Liga with €23bn generated per season.

I think it’s nice to have a few wins for the betting industry and for the wider public to know that while some may not like us, we are making a difference to sportAlex Inglot

So Sportradar can identify fixes in various markets, but what can this lead to? There are some recent success stories, such as the case of Sanel Kuljic, a former Austrian footballer who was sentenced to five years in prison last year for match fixing. Six other individuals were given custodial sentences. Sportradar assisted Austrian police with the investigation.

Despite the progress it can and has made in tackling match fixing via the FDS, Sportradar cannot act as a policing authority and can only assist with judicial investigations rather than conduct them. Sportradar’s evidence helped lead to 18 guilty verdicts in 2014 out of 97 arrests. Should the numbers have been higher? Inglot says: “From 2009-2012, we were offering our services purely to sporting federations. The problem for sporting federations is jurisdiction. The FA, for example, can only go after players and coaches. They can’t go after a gangster that could be threatening the players.”

When asked if another company could create a similar system that rivals FDS, the response from Darren Small, managing director trading services, is bullish to say the least. He says: “Good luck. There are smart people out there, but the system Sportradar is built on is so difficult to replicate. We’re processing five billion data sets a day. The system is just enormous and the hard part is for anyone to try and replicate the core databases. It would cost millions to get that up and running.”

So that's what the system can achieve, but how about seeing it in practice? This is where Tom Mace, director, security services, comes in. From Mace’s office on the second floor, where the analysts are based, he explains what happens when the system detects an alert. It is from Mace’s computer that we can see every alert that is being put into the system. He says: “When the system spots something strange, it will ping up an alert to the analyst. The analyst then has to work out what that alert is saying. Is there a reason for it? Probably 99% of all alerts are explainable by regular things such as team news, motivation etc. If they do think it’s a suspicious match, then the first thing they will do is inform a partner and then we’ll put together a very detailed report. A typical match report would be 40-50 pages long. Our data could end up in court so it’s important we provide a reference.”

What is made clear is that while alerts in betting patterns will regularly pop up on the system, there is a clear difference between what constitutes an alert and what classes as suspicious. Breaking down the different levels of alerts makes this easier to understand. “All matches will start off completely blank,” says Mace. “The number appearing alongside the alert on the system shows the number of bookmakers that have produced an alert. There are three thresholds of alerts: levels zero, one and two. All the alerts run off a net win change figure. The net win change is a mathematical representation of the odds change. It depends on the ratio between stake and potential profit. There is a tipping point between the levels. All level one and level two alerts require our analysts to write a comment explaining why the market’s behaving as it is. The system is clever but it doesn't interpret and analyse odds changes without the analysts.”

As I am shown out of the premises, there is one comment from Inglot that stays with me. He says: “I know it’s crass and I know we’re in the betting market, but I think it’s nice to have a few wins for the betting industry and for the wider public to know that while some may not like us, we are making a difference to sport.”

Inglot indicates that the FDS could well be image-defining for the industry and it will be very interesting to see if this is the case moving forward. Match fixers, don’t say we didn’t warn you.