Penn Entertainment has revealed it will relocate its Illinois riverboat casinos in Aurora and Joliet to land-based facilities – while building a new hotel in Ohio and a second structure to its location in Nevada. 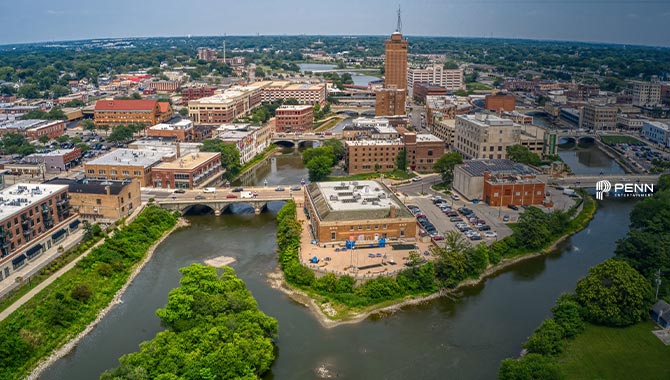 The change in location for Penn’s riverboat casinos was a long time coming, according to CEO and President of the company, Jay Snowden, who said: "Since the change in the law to permit land-side casino relocation in Illinois, we have been exploring the viability of relocating our ageing riverboats in Aurora and Joliet. Thanks to the support of our local community leaders, we are very excited to be moving forward with these projects."

Meanwhile, the multiple property plans unveiled by Penn, including one which involves constructing a new casino and hotel off the I-88 interstate in Illinois, were also greenlit by Snowden – stating: “Our plan for Aurora is to construct a modern, best-in-class casino and hotel in an ideal location off I-88 that will allow us to serve the millions of visitors to the adjacent Simon Premium Outlet Mall.”

He further added: “We are also pleased to announce the expansion of our offerings at two of our best-performing properties – Hollywood Casino Columbus in Ohio and the M Resort in Henderson, Nevada, subject to municipal approvals.

"We are delighted to announce these exciting new growth projects, which we expect will generate strong free cash flow returns and create long-term value for our shareholders.”

As part of these projects, Penn has partnered with Gaming and Leisure Properties (GLPI) to form a new master lease pertaining to its new facilities in Aurora and Joliet, as well as some of its other properties in Columbus, Toledo, the M Resort in Nevada, the Meadows in Pennsylvania and Perryville.