Gambling Insider’s things to look out for in 2019

As a landmark year for the gaming industry draws to a close, it’s time to take stock, eat mince pies and open presents. 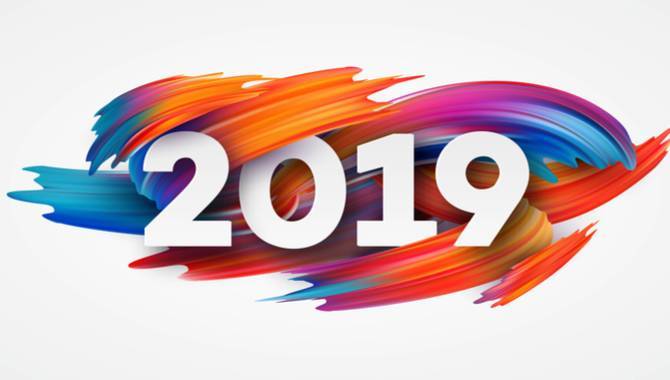 Once the festive fun is over, however, 2019 shows no signs of quietening for our bustling sector.

In the US, the repeal of the Professional and Amateur Sports Protection Act (PASPA) kicked off a sports betting expansion in May 2018, meaning we can expect more of the same in the year ahead. It should also prove a busy 12 months for blockchain and crypto-currency advocates, regulators – as more countries look into gambling advertising – and analysts looking out for the next big-name mergers and acquisitions (M & A).

As such, there will be no shortage of things to look out for in 2019. Gambling Insider pinpoints the main talking points below...

Following a mammoth year for sports betting in the US, 2018 will forever be known as the market's historic turning point. Despite years of legal battles, it was only in May when PASPA’s repeal finally came to fruition; no history books will ever change that.

But, as the US sports betting market really takes off, progress in 2019 will be as crucial to its success as anything that came before it. A common projection throughout the gaming industry is that 25-30 states will legalise sports betting within three to five years. As the end of the first and majority of the second of those years, 2019 will help shape the US landscape and determine who the leading players will be.

In New Jersey, for instance, the likes of FanDuel, DraftKings and William Hill have made early moves to capture market share. But will the same operators (and suppliers) who lead the market now end 2019 in pole position?

The rate at which new states legalise sports wagering will, too, provide a key indicator. At the end of 2018, seven states have launched sports betting, a further two have voted to legalise it and one contains a solitary casino which offers a sportsbook, despite that state not officially regulating the practice. What will that figure look like a year after the PASPA repeal? Will any states introduce royalty fees? Will anyone entertain the idea of federal intervention? It’s all to play for and should make for a fascinating watch.

On a global scale, numerous industry events including G2E, SiGMA and LiAC have pushed blockchain and crypto-currency as the future of gaming. Malta became the first jurisdiction to create a regulatory framework for blockchain, crypto-currency and Distributed Ledger Technology (DLT) in 2018 and more gaming companies than ever are being set up to capitalise on a trend many are confident will go mainstream.

Considering the volatility of crypto-currencies such as Bitcoin, it should prove a vital 12 months when it comes to a wider adoption of blockchain, crypto and DLT. The benefits – ranging from reducing chargeback fraud to increasing transparency – are clear for all to see and the technology’s advocates have built a very strong case for its future (not just within gaming, for that matter).

Whether affiliates, operators, traders and the general public feel as confident as blockchain’s biggest supporters, though, is something we will find out in 2019.

A trend gambling companies will begrudgingly welcome at best is increasing advertising regulation; it is not a trend that's likely to go away.

This year, Australia, Belgium, Spain, the UK and, of course, Italy have at the very least engaged in regulatory discussion to limit the amount of gambling advertising either online or on television. Several other nations have touched on the topic and there will no doubt be more to come.

Exactly how this wave of anti-advertising sentiment is ridden by politicians and gambling companies in 2019 will set the tone for the future of the sector's marketing. Will Italy’s blanket ban last the whole year or will it be overturned? Will industry in other countries react like UK operators have and implement a voluntary whistle-to-whistle televised advert ban?

An even more interesting prospect is the data borne out of different types of advertising regulation. Will Italy’s prohibition actually reduce problem gambling or will it, as is expected, simply fuel unlicensed websites? Will Belgium see a reduction in the number of online casino players and will in-play betting decrease in the UK?

On top of all this, will politicians actually listen if the figures prove them wrong?

Another major industry feature to look out for in 2019 is undoubtedly the potential for further M & A.

M & A is by no means a European trend, either, with Caesars Entertainment rejecting a reverse takeover bid from Golden Nugget in November, sparking rumours of a Caesars merger with MGM Resorts International.

Taking regulatory pressures, ever-increasing competition and burgeoning markets across the US, Asia, Africa and the Americas into account, no gambler will be backing against further waves of consolidation in the coming year.