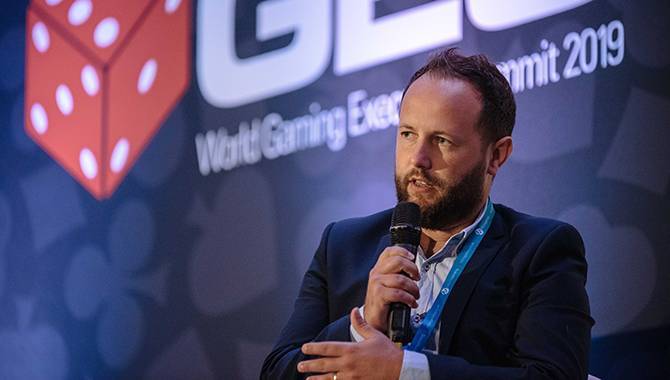 As the ink begins to dry on the £197m ($247.5m) deal signed by NetEnt and Red Tiger Gaming, Gambling Insider exclusively caught up with Red Tiger CEO Gavin Hamilton, as he reflects on a partnership that has been very well received by the market so far.

In September, NetEnt acquired the slot supplier for an initial £197m fee, with £23m in additional funds also thrown into the bargain subject to Red Tiger’s performance over the next two years.

Following the M & A, NetEnt’s share price saw a significant rise. But it’s the long-term benefits Hamilton is even more excited about – for both parties.

The deal certainly took much of the market by surprise. How long were negotiations in the pipeline and were there any difficulties or points of disagreement?

It was quite smooth, to be honest. Start to finish, it was a couple of months and there were no real surprises; we found them very professional. That was part of the reason we felt very comfortable with the transaction in the first place. There was just a good chemistry between our team and their management team. There was a willingness to get it done. Part of that helped reinforce the appetite to do it.

What are the long-term plans of yourself and the Red Tiger management team? NetEnt CEO Therese Hillman’s exact quote on her post-merger conference call was: "They will not stay forever but I’m convinced they want to take part in building something very, very big with us.”

The management team has stayed intact post-acquisition. One of the original Founders of the business left but he wasn’t involved in the day-to-day business. He was the primary driver behind the decision because he had a large share, so for personal reasons he decided to exit. But, for the existing management team, we feel we’re only really getting started. When the Founder said he was looking to exit, we were looking for someone who could help us realise our growth ambitions. We felt we were only really starting to gain traction, with a long way to go.

My personal view is I hope to be around a long time; I really believe the strength of our group will allow us to be big winners; the industry is evolving rapidly and I feel there will be certain winners as part of that change. For me, this M & A accelerates the process of the Red Tiger management team realising the ambitions we have for the business. I’d say the management team are more excited than ever, rather than it being the case we are counting down the clock. This business is only five years old and most people have been with the business for 40-50% of it. They feel a strong emotional bond to it.

Some analysts have speculated a 50% current growth rate for Red Tiger. Are there any precise figures you can give us?

It’s not something I can share but the growth has been reflected by our price. I don’t think that number is too far off the mark. The business is going through a significant period of growth but I don’t really see it slowing down. We didn’t have the distribution of someone like NetEnt, so that allows us to close the gap. We’re not in as many markets as they are. We do have a huge amount on our product roadmap that will allow us to establish ourselves more. For us, we’re pretty confident the growth is going to continue for the next couple of years.

How beneficial is NetEnt’s push into the US and how much of a focus will the US be for Red Tiger?

Obviously, it’s a very exciting market and it’s a chance for us because it’s a relatively green field from an online perspective. I don’t think we would have been able to dream of, operationally, thinking about US market entry pre-transaction. So this is one of the big benefits to us. We’re working out right now how to try and get in there.

We are setting ourselves some ambitious goals; but obviously it is a heavily regulated market so we need to make sure we have dotted all the i’s and crossed the t’s from a regulatory perspective. It’s very high on our priority list and the US is something we’re very excited by.

Hillman has spoken of how much Red Tiger’s UK presence will benefit NetEnt. What specific areas where NetEnt is already strong will be particularly beneficial to Red Tiger?

There is just a huge amount of knowledge and muscle memory in the NetEnt organisation. Even from a learnings perspective, they have a very strong compliance and regulated market team and we are just gaining access to their library of information. Us carving out a presence in some of the regulated markets they’re in just knocks a couple of years off that journey for us. So definitely for us the attractive thing is they have big positions in markets like Italy, Spain, Czech Republic, Romania, Portugal. As a standalone business, trying to understand how to enter and manage multiple regulated markets, that stuff is hard to learn. That’s the really interesting part for us. That’s where we’re seeing the immediate benefits.

How much of a focus will there be on Asia? Analysts we’ve spoken to have said this was a big part of the deal for NetEnt but Hillman highlighted Red Tiger’s “decreasing” exposure in Asia.

I think the industry is very quick to lump Asia into one big bucket. It’s a continent at the end of the day. So we’ll have different approaches to different markets there. I think the reality with all markets, particularly grey markets, is everything we do is risk-based. We, given our size and focus, deliberately decided to reduce our exposure to that market in the last couple of the years. There are still opportunities for the combined group there but I think we have to look at it on a market-by-market basis. It’s an ongoing conversation but it’s low single-digits for the group in terms of revenue. It’s a big market, not without risk or operational complexities.

More generally, was this kind of M & A always the plan? The way gaming is currently going, obviously we had Flutter Entertainment and Stars Group merging last week, was it going to be difficult for Red Tiger long term without forming this kind of partnership?

I think there are two things. Firstly, personal circumstances for our Founder triggered a sale. But, at the same time, I think it’s fair to say, with the consolidation going on at the operator level, this inevitably will cause more consolidation at the supplier level. Part of what this gives us is the scale to compete in the new world. While it wasn’t the catalyst for us selling, I certainly feel scale is going to be increasing on the supply chain of things. So, from that perspective, I think we picked the best partner as we picked the biggest. We’ll be able to achieve more in the combined group as opposed to a standalone company, particularly in a world where our customers are consolidating and getting bigger.

What we see is when operators come together and you get into really knotty issues like tech platform migrations and all the compliance burden of operating in multiple markets, I think you find they also want to consolidate relationships with suppliers. The world in which I can manage 30 vendors becomes much harder. They also can’t work with partners that might jeopardise their license in different markets. So scale isn’t about being big for big’s sake; I think it’s partly down to being driven by greater regulation. It’s partly down to the technical complexities of operating in multiple local frameworks. The synergies from having the same platform make it much harder to support a long tail of vendors. You want to have deeper relationships with a smaller amount of parties.

This deal just makes sense. I think we’ll look back on this as a very timely move on both our parts. Before, the Paddy Power – Betfair deal looked big. Imagining a deal which combined those two brands with Sky Bet and PokerStars was just unimaginable. So while this seems like a meaningful deal, we look forward to a couple of years’ time, when we’ll say that was the start of a whole host of changes on the supplier side. The best thing we did was get ahead of that change.