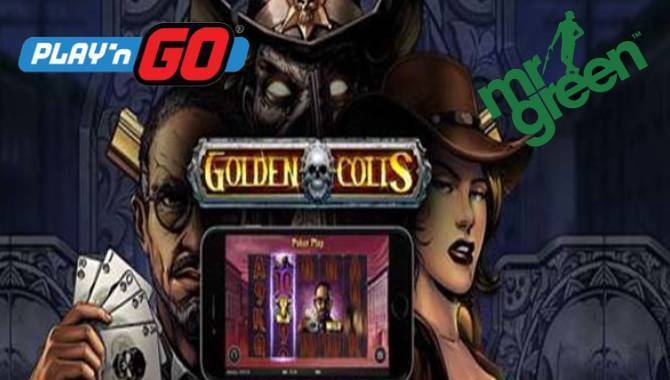 Omni-channel slots specialist Play’n GO has pulled the trigger on the launch of its latest release Golden Colts.

The five-reel, 40-payline slot takes players to a slightly different Wild West than they might have expected.

There’s a dead sheriff on the loose, and with him possessing the deadly golden colts, players will join a team of bounty hunters looking to seize them back off him.

Golden Colts has been developed in partnership with operator Mr Green with representatives from both parties involved in the design and concept of the slot.

Players will be helped on their adventures through the American frontier by the Bull wild symbol and a bonus scatter symbol which appears as a skull-detailed colt box.

These could include the “Ace-high Gang” which sees 4x4 mega symbols appear on the reels, the Wild-scattering “Wild Bull” feature, “Gunslingers” which multiplies the free spin prize by up to 30 times, or “Most Wanted”, where players pick from a selection of ‘WANTED’ posters revealing hidden prizes in the process.

Announcing the launch of this latest release, Johan Törnqvist CEO of Play’n GO, said: “As part of our drive to provide operators with the best games and service on the market, it made perfect sense for us to commit to a collaborative design process for Golden Colts with Mr Green.

“Using their different perspective and knowledge of the customer has provided us with a unique insight into delivering yet another quality game.”

Ben McDonagh, Head of Gaming Portfolio at Mr Green, added: “Play’n GO continues to produce some of the most innovative and premium slots in the casino sector, so leveraging its expertise to create Golden Colts for our own players was a really exciting approach.

“The title showcases the unique features and bonus games for which Play’n GO is known, and we hope to build on this innovative process with further partnerships in future.”