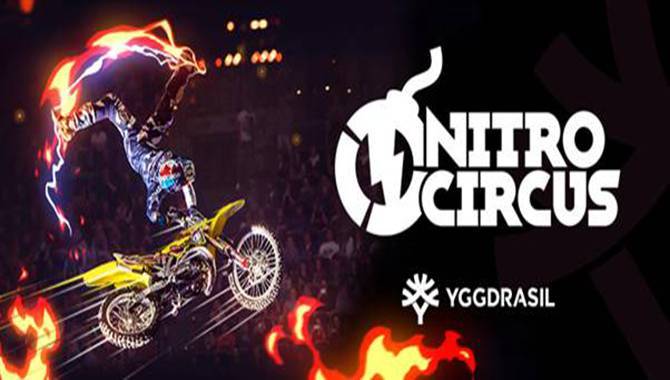 Yggdrasil’s exclusive Nitro Circus slot brings the adrenaline fuelled action of the arena to online casinos. The stand out feature of the game is the unique Nitro Jump which is inspired by the infamous 15-metre Giganta Ramp seen in Nitro Circus’ live shows. In the game, the Nitro Jump allows players to choose their risk level and hit the ramp chasing big stunts and even bigger wins.

The standard Nitro Jump allow players to choose their vehicle, with each vehicle having its own characteristics, benefits, and speed they hit the ramp with. The higher the speed for the jump chosen, the bigger the chance of higher win multipliers. But be warned, the faster you go, the greater the chance of crash landing giving a minimal win.

In addition, players can also reach Nitro Jumps through collections, with collection vehicles being more powerful and giving players a much better chance of making that big jump for major rewards.

The highly anticipated 5x4 slot has been the talk of the industry and earlier this year Yggdrasil hosted an action-packed pre-launch event in Malta, where two Nitro Circus riders performed a series of death-defying stunts for the invited crowd of operators.

Yggdrasil Head of Slots, Jonas Strandman, said: “As our first ever branded game, the launch of Nitro Circus slot is a milestone for Yggdrasil. Working with the Nitro Circus team has been an absolute blast and the outcome is a great game giving players the chance to share the rush of being present during the Nitro Circus shows.

“We’re delighted by our partnership with Nitro Circus and the result and look forward to the game being a massive hit for all our operator partners.”