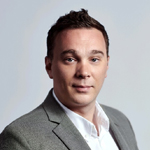 Simon Hammon has been with Relax Gaming for five years and started serving as the group’s CEO in July 2022. Prior to being appointed CEO, he served as Chief Product Officer (CPO) for over four years.

During his career, Hammon has gained various skills and abilities in areas such as management, affiliate marketing and e-commerce, social games, video games and mobile games, scrum, product marketing and product development, casino, gambling and poker.

Under his leadership, Relax Gaming built on its ongoing success as a B2B supplier.

Before working with Relax Gaming, he served as CPO of NetEnt for six years and five months, where he was responsible for the product roadmap across all verticals, including games, mobile, platform and new markets.

His career at NetEnt included serving as Product Manager for almost seven years.

Between June 2007 and September 2010, Hammon was a Freelance Consultant for Inpet hold, where he took on various roles and duties within the gaming sphere of affiliates, bingo and casino.

He was a Recruitment Consultant for Hill McGlynn and Associates for one year and 10 months.

In December, the group launched Net Gains, a high volatility slot, in collaboration with Casino Grounds.

At the end of the same month, Relax Gaming signed a deal with Galaxsys, a provider based in Armenia.

In 2022, Relax Gaming entered the North American market and became one of the first suppliers to enter the newly regulated Ontario market.

The studio has also entered Italy and Spain.

“A company is only as strong as the people who embody its mission, and I’m blessed to have a team who are so passionate about what they do and want to see Relax taken to the next level.” Simon Hammon