The king is back. No, not Elvis, not Michael Jackson, but footballing superstar Cristiano Ronaldo. 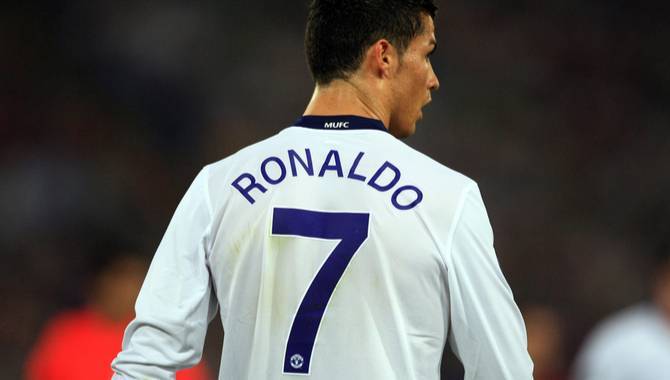 The king is back. No, not Elvis, not Michael Jackson, but footballing superstar Cristiano Ronaldo.

After 12 years of setting both Spanish and Italian football alight, the Portuguese icon has returned to English soil.

All of the transfer talk last week surrounding the world-famous player focused on a potential return to Manchester, with Pep Guardiola’s boys in blue reportedly close to his signature at one point. That is what the papers said, but the reality was in fact the exact opposite, with the 36-year-old making a sensational return to his beloved Manchester United.

It has certainly been a busy summer for the Old Trafford side, who have improved in various areas across the pitch with the signatures of Raphael Varane and Jadon Sancho from Real Madrid and Borussia Dortmund respectively, with goalkeeper Tom Heaton arriving from Aston Villa.

Only one man could have possibly stolen the limelight away from such high-profile signings, but how has Ronaldo’s homecoming affected the club’s title chances?

Before a ball was kicked, Ole Gunnar Solskjaer’s men found themselves behind neighbours Man City, Thomas Tuchel’s Chelsea and old foes Liverpool in the list of clubs favourite to win the 2021/22 Premier League.

Bookmakers such as Bet365, Sky Bet, Paddy Power and William Hill all had the Red Devils at 8/1, but fast forward three weeks and it’s a different story entirely, with the club’s price cut to 11/2.

Some might say it’s an overreaction to the special return of a certain someone, but others may disagree, given just how much success the attacker enjoyed in his first spell in England.

Many professionals at the age of 36 may be tempted to call it a day, but Cristiano is showing no signs of slowing down, with his stunning talent on show for the world to say in the recent 2020 European Championships.

Portugal may not have defended their title from 2016, but their star man clinched the Golden Boot thanks to five goals and one assist. The captain also broke a number of records throughout the tournament, overtaking France legend Michel Platini’s previous tally of nine goals scored in the competition, as well as becoming the oldest player to score at least two goals in a European Championship match at the age of 36 years and 130 days.

Ronaldo among contenders for individual awards

According to the UK’s leading bookmakers, another returning superstar in the form of Chelsea’s Romelu Lukaku (7/2) is the only player that stands in the way of Ronaldo and a second Premier League Golden Boot. The duo have only just finished battling it out for Italy’s equivalent of the award, with the former Juventus man outscoring the former Inter Milan man last season by 29 goals to 24.

The Old Trafford hero is available at 5/1 from operators such as Paddy Power, Sky Bet, Betfred, BoyleSports and Bet365 to bang in the most goals in the English top-flight this season.

The Portugal ace has, however, skyrocketed into the bookies’ favourite to win the PFA Player of the Year award. He sits top of the pile at 13/2, overtaking Man City playmaker and current holder of the honour Kevin De Bruyne. The Belgian is currently 8/1 to scoop the prize for a third successive year, but sports betting operators clearly fancy the returning hero to stand out from the crowd.

Will we see a new name added to the list this year? Or will a more experienced Ronaldo mark his return the only way he knows how and become the first player to win the award three times? It’s anyone’s guess!